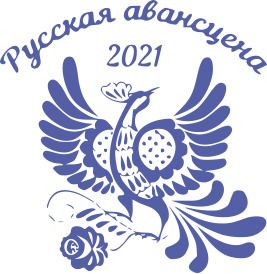 The International Youth Festival of Theatrical Productions “Russian Proscene 2021” was organized on the initiative and with the financial support of the Russian Federation Ministry of Education with the participation of theater groups from 10 countries of the CIS and Europe. The competition stages were held online with the aim of Russian language usage developing, dissemination and promotion as a basis for international dialogue.

The main prize of the competition in “Best Director’s Work” category was given to the director of the theater group “Balaganchik” from Liepaja, Latvia, Yuri Zinoviev, for staging “Something about this and not only” (Journey to Mars in one act) based on the Dmitry Kalinin theatrical piece. The jury appreciated the level of difficulty in a stage choose, the level of understanding and implementation of the idea of a literary work in Russian, the integrity of the artistic style and consistency of the genre, as well as the reflection of characters and images.

The International Youth Festival of Theatrical Productions “Russian Proscene 2021” jury is represented by the experienced directors, teachers, actors who considered as the theater community authorities: