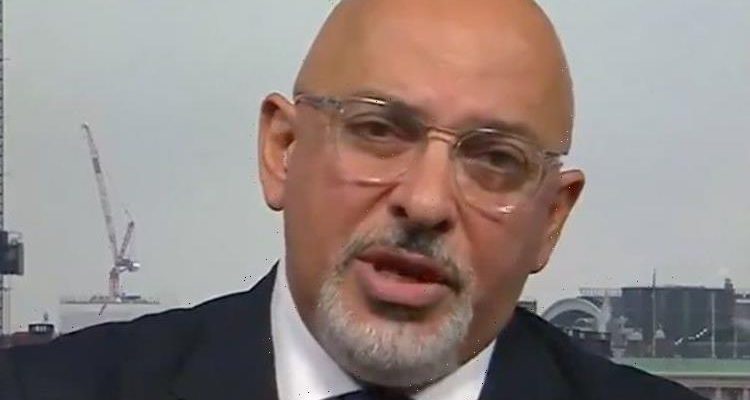 Nadhim Zahawi has been grilled by Charlie Stayt over plans for a “rehashed” education policy following the unveiling of a scheme that plans to give some extra £3,000 to work in areas that need them most. The retention scheme has recently been scrapped by the Government in England, but Mr Zahawi says it is a policy that has been “improved”.

Mr Stayt asked the Education Secretary: “People might be a little confused, not least teachers because this is the second time that this particular policy has been announced by the Government.

“It was announced in 2019. And then recently ditched this idea of increased pay to get teachers into particular schools where they’re needed most.

“Why was it dumped?”

Nadhim Zahawi said in response: “I’ve been in the department for now just over two weeks.

“And when a particular policy works, and I see the evidence, both in the UK and England but also from other countries, then you look at it, you improve it.

“So this one is a different policy. This one has an eligibility criteria of up to five years that I think is the right thing to do to make sure that we retain as many teachers in maths and chemistry and physics and computing.”

“It was ditched and now it’s just been rehashed.”

“Hence why this is a different policy. I think it’s a good one for teachers, especially those who are starting out in the early years of education in years 1-5.”

He went on: “It’s a good thing – there is a 10 percent uplift or bonus for retention, that’s a great thing.

“I think it’s the right thing to do. I’m pretty pragmatic about these things.”

Boris Johnson announced the new “levelling up premium” worth up to £3,000 to encourage talented maths and science teachers to work across the UK.

However, many believe that the plan brings back a previously scrapped plan.