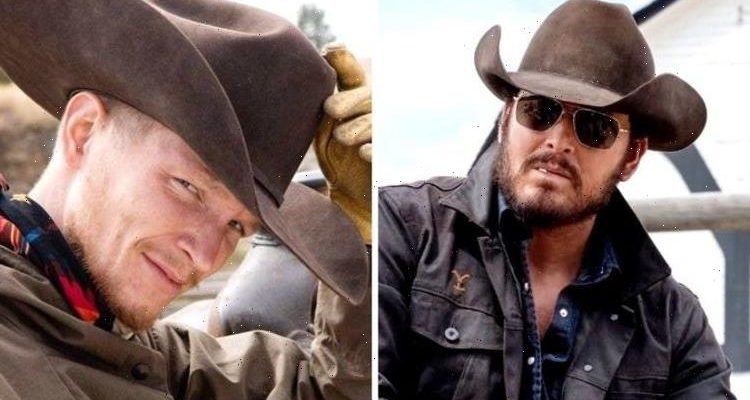 A sneak peak at the next season of Yellowstone on series regular Cole Hauser’s Instagram page may have revealed one of the show’s most well-kept secrets. As the ranch prepares to go to war, naive cow hand Jimmy Hurdstrom (played by Jefferson White) might be next in line for the chopping block when the Paramount drama returns.

Cole Hauser’s behind-the-scenes snap from the set of Yellowstone last October might have given away a major spoiler for the Western series’ fourth season.

One of them featured himself alongside his bunkhouse co-stars on horseback, including Jennifer Landon (Teeter) and Denim Richards (Colby).

“Time to go to work,” he captioned the post, and tagged his fellow cast members.

However, not all of the show’s ranch hands were present and accounted for.

Much of the audience had already started predicting the reckless hand’s impending demise after he seemingly decided to return to rodeo, despite advice from John Dutton (Kevin Costner).

Moreover, the very last shot of Jimmy in the season three finale, ‘The World Is Purple’, shows him wearing a baseball cap rather than the traditional cowboy hat.

This seems to suggest he has completely turned his back on life at the ranch, and his new life as a barrel racer could soon end in tragedy.

Plus, fans are convinced the character could already be dead heading into season four as Jimmy was seen getting bucked off his horse in the final minutes of episode ten.

Discussion threads on Reddit have also outlined a number of clues from White’s own personal Instagram page.

One viewer said: “I follow [White] on Instagram and on almost every post leading up to the finale, he mentions about the past week being difficult.”

“Struck me as odd at the time, but now it is kinda making me wonder if his character plot ran its course?”

This fan implied Jefferson White may have already filmed his final moments as Jimmy and won’t be returning in season four.

Some fans even claimed they heard a ‘huge snap’ when Jimmy was bucked off just before the credits rolled.

Viewers who watched along with subtitles also noted the closed captions read ‘crunch’ when the episode cut to black.

John Dutton already warned Jimmy getting back on the horse could end with another trip to the ICU, or worse.

His final moments in Yellowstone’s third season all but confirm the rider sustained another life-threatening injury.

While Jimmy could at the very least be spending much of season four in a hospital bed, Cole Hauser may have accidentally revealed he hasn’t survived past the previous season.

Yellowstone season 4 will premiere in autumn 2021 on Paramount.