Over the decades that the national park has fascinated the public, there’s an obvious list of animals that get associated with Yellowstone. From nature programs like the ongoing, four-night “Yellowstone Live” event happening this week on NatGeo to the gift shops in and around the park, images of grizzly bears, elk, bison, and bald eagles seem to go hand in hand with the park itself. But over the past two years, “Yellowstone Live” has also found a surprising addition to those ranks: the beaver.

James Hogan, a wildlife cinematographer who is following a number of animals for live broadcasts throughout the park for “Yellowstone Live,” has been filming beavers for decades. With his lengthy experience tracking these animals, he’s had plenty of experience in seeing how the tiniest exposure to them can garner fast fans.

“I gotta say that I’ve been filming these beavers for like 20 years now and I never realized how big of a hit then we’re going to be with everyone, especially with the little youngsters in the lodge. They’re really winning people over big,” Hogan told IndieWire.

As part of its baby-centered push for its ongoing Season 2, “Yellowstone Live” this year is featuring live look-ins inside a beaver lodge, with a mother and a quartet of weeks-old young kits. There’s a reason that this kind of footage isn’t common — getting a camera rig inside a lodge without disturbing the normal flow of life within is a process that takes far more than a simple day’s setup. Like anything in TV, it begins with a little bit of casting.

“With my technique, I start out taking an inventory throughout the landscape, where these beaver colonies and lodges are. I really take time. It takes weeks,” Hogan said. “Then I inspect them to try to see what beavers are more tolerant of a human’s presence. That’s really important that you’re not trying to work with a beaver that’s terrified.” 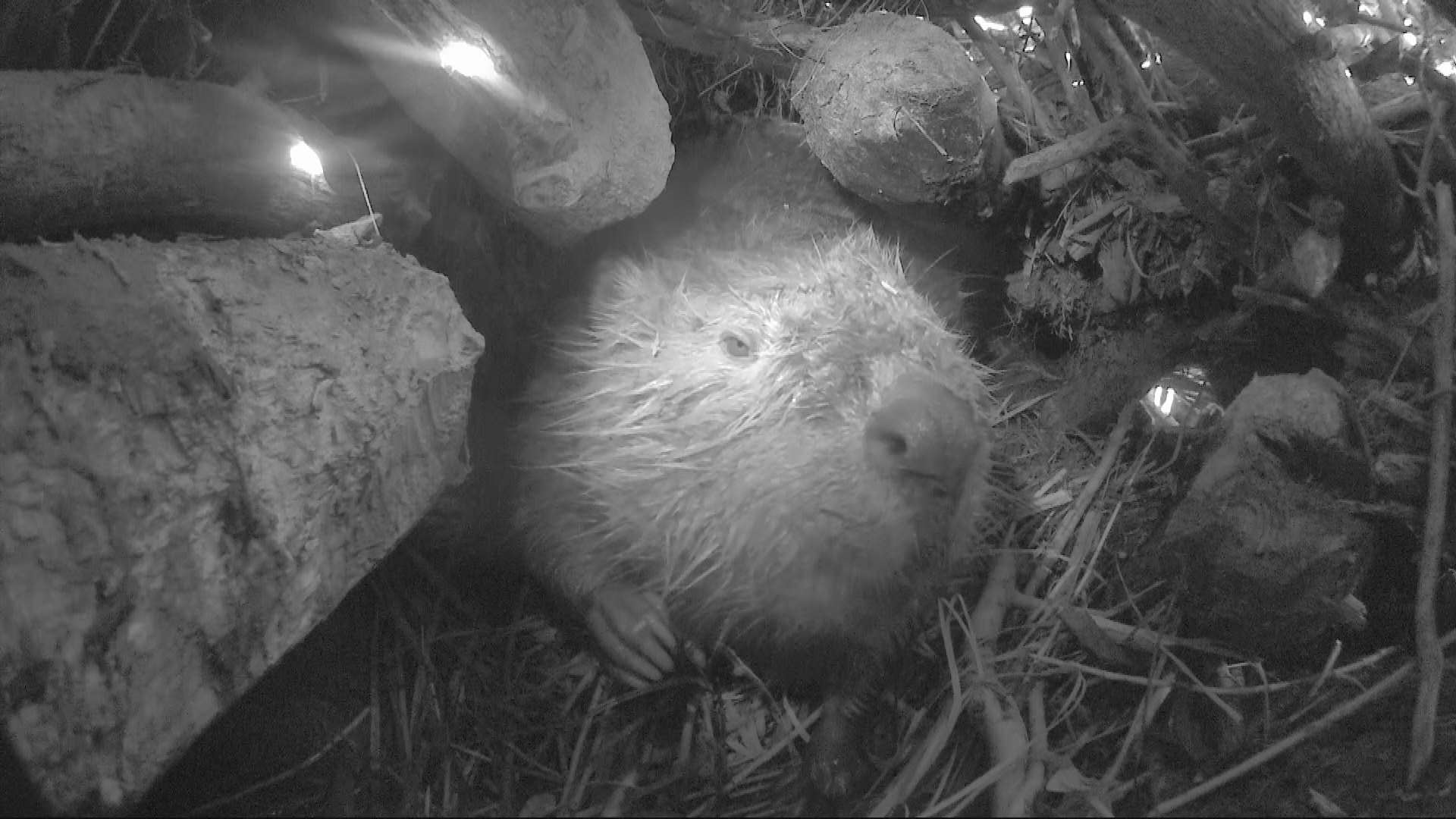 Even if the beavers in question aren’t put off by a human within the extended area around their home, there’s still a necessity to ensure that the camera systems used to capture life in and around their habitat aren’t intrusive or disruptive (or even noticeable at all). The infrared camera that “Yellowstone Live” is using for its beaver lodge segments is roughly the size of a fist, which can be inconspicuous in lodges that can range from six to 12 feet in diameter.

Hogan said the best result is to take care and build it in seamlessly into the rear wall of the lodge. Installing the main camera is a process that Hogan says involves the two most basic implements that any cameraperson can have.

“I actually don’t use any tools whatsoever. Getting into a lodge, I use my bare hands so that if it takes any more strength, I just don’t do it. Usually any of the mud that’s been packed on the lodge last fall in preparation for winter is now drying and crumbling. And you can literally see into the lodge. I’ll just only use my fingers to pull it away,” Hogan said. “These are the kind of structures I like to work with, where you do a very minimal amount of intrusion. Often times what I’ll do is wait for the beavers to go out at night to go and do their thing. I’ll get in there, stick in the little camera, cover it all up and then back off. And when they do come back in, you can see their reaction. Usually they don’t even know you’ve been there or that there’s a camera watching. And that’s the perfect ideal situation.”

The beaver footage works on a warm-and-fuzzy audience reaction level (“Your eyes are going to get cavities watching that stuff, because it’s just the most incredible footage you’ll ever see,” said co-host Josh Elliott), but there’s also a practical benefit to having a camera setup like this. Much of the producing team behind “Yellowstone Live” also worked on the six-part NatGeo series “Hostile Planet,” which also featured a large amount of field research and lengthy observation stints. In turn, these productions can then share any new knowledge with independent scientists and researchers.

“It’s a very critical, mutually beneficial relationship to both parties,” executive producer Martha Holmes said. “It’s time in the field, access and cameras that they don’t necessarily have. But they have access in terms of knowing where everything is, and at what time of year. The first thing we do is start building those relationships very early on in our production.”

The pitch darkness inside the lodge is one of those unique areas that could lead to better understanding of how these animals exist in the wild. Beyond that, these beavers are just one of a number of species that “Yellowstone Live” is trying to track this year without the benefit of sunlight.

“We’ve got our four cameras at the beaver lodge. One thing we’re really excited about is a long range thermal camera, which we’re using for the first time. When our normal cameras stopped rolling, this goes out at night,” executive producer James Smith said. “It registers heat signal and has got a range up to two miles. So there may be a wolf on a ridge hunting elk, and we can zoom into it and film it at night.”

Back in the lodge, the beavers are rodents, a corner of the animal kingdom not typically known for being the telegenic, audience-favorite type. But Hogan says that beavers offer an intriguing bit of human connection through the work they’re most well known for.

“Beavers in general are quite exciting. They’re eco-engineers. They build houses, they build dams, they control water flow, they chew down huge trees,” Hogan said. “It seems like once people get a little bit of a slice of life of a beaver, they get it. When they get to see some of the details of what beavers do to make a living, it captures everybody’s heart.”