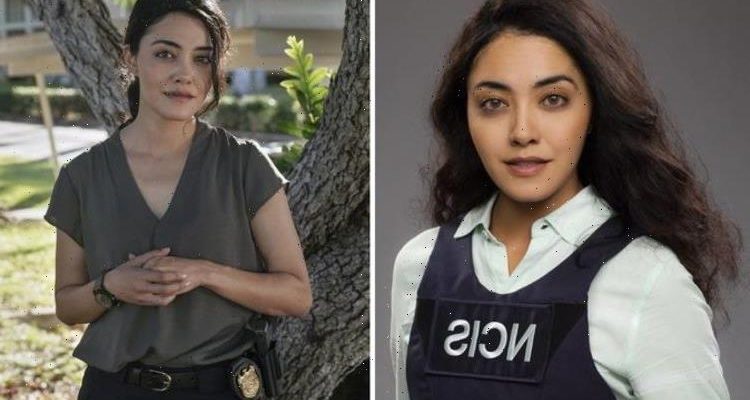 The NCIS franchise has once again expanded as NCIS Hawaii aired its first episode last night, Monday, September 20. The island state version of the police procedural made its debut on CBS after the premiere of NCIS season 19 was shown. Fans are now excited to get to know each and every one of the new cast members tackling crime in Hawaii.

NCIS Hawaii will be unlike any other series in the franchise as it is the first to be led by a female agent.

Actress Vanessa Lachey takes on the role of Agent Jane Tennant, a single mum who balances leading her team at NCIS as well as taking care of her children.

This forever battle she undertakes is immediately recognised as she is pulled away from coaching her daughter’s soccer game as a helicopter lands on the field.

Jane must leave as she needs to investigate the crash of a highly classified plane.

The premiere episode also introduced Tennant’s team and a little bit about each of their personal lives.

One of them was junior agent Lucy Tara who is portrayed by actress Yasmine Al-bustami.

She is eager to do her best in the job and is constantly trying to prove herself to the rest of them.

A characteristic that didn’t go unnoticed by fans was how tall Tara is.

The other NCIS Hawaii agents tower above Tara, making the junior agent look a lot shorter in comparison.

This has led to viewers’ questioning exactly how tall the 21-year-old actress is.

According to Al-bustami’s IMDB page, she stands at 5ft 3in which is the equivalent of 1.6m.

Actress Tennant is believed to be around 5ft 7in so there is roughly a 4in height difference between the co-stars.

Al-bustami may be young but she has a fair few credits under her belt so far.

She has been in films and TV shows including You Get Me, Orbital Redux, I Ship It, Super Novas and Reborn.

But the NCIS Hawaii star is probably best known for her role as Monique Deveraux in The CW’s The Originals.

But with her now welcomed to the NCIS universe, fans can expect to see a lot more of Al-bustami on TV.

Tara became a memorable element of the premiere as it was revealed she was LGBTQ+.

While she wasn’t currently in a relationship with DIA Agent Kate Whistler (Tori Anderson), it was clear there was a romantic connection in the past.

Although there is now friction between the two after a break-up, could Tara and Whistler reunite as the series goes on?

NCIS Hawaii airs every Monday on CBS in America. A UK release date has not yet been announced.