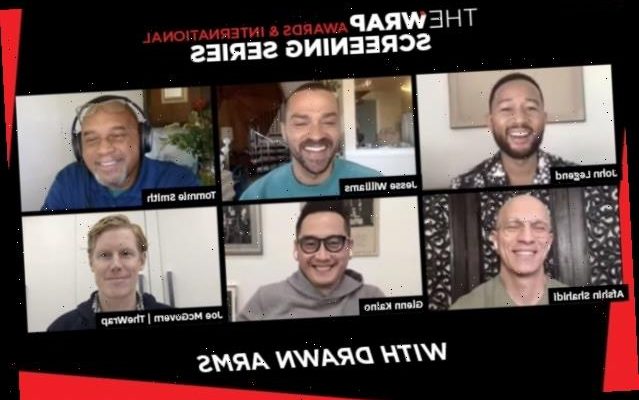 “Every time I see him I think about how far this nation has come, but also about how we have to continue to fight,” executive producer John Legend says

The new documentary “With Drawn Arms” chronicles the story of U.S. track and field athlete Tommie Smith, who, along with teammate John Carlos, raised his fist on the podium at the 1968 Olympics as a symbol of Black power. Quite movingly, the first voice the audience hears in the documentary is the late Congressman John Lewis, who describes where he was on that historic day.

Speaking to TheWrap’s Joe McGovern, executive producer John Legend described why Lewis’ inclusion in the doc was so poignant.

“Whenever I think about John Lewis, I think about all that he’s been through, all that he’s seen in this country,” Legend said. “The fact he was beaten and injured marching on Edmund Pettus Bridge so that we can all have voting rights, the fact that he lived to see the first Black president and serve in Congress under the first Black president, the fact that when that Black president came into office, the tea party backlash was so strong that they spit on John Lewis as they were protesting Obamacare and Obama’s existence as president.”

Legend added, “Every time I see him, I think about how far this nation has come, but also about how we have to continue to fight. Because every time we’ve made progress there have been forces who have tried to take us back.”

During the making of “With Drawn Arms,” Smith traveled to Washington, D.C. with the filmmakers to meet Lewis — an experience that the former Olympian said made him “feel whole.”

Along with Congressman Lewis, co-directors Glenn Kaino and Ashfin Shahidi were very selective about who they wanted to feature in the documentary to tell Smith’s captivating story.

“Our aim was not to necessarily have a traditional ‘talking head’ documentary. As much as possible, we wanted it to come from Tommie’s voice,” Shahidi explained. “The people that ended up being in the film were all people that were somehow affected directly by Tommie’s action. So that was also important — we weren’t trying to get scholars on history or anything. We wanted people that had some direct impact from his action.”

One of those people is Jesse Williams, the activist and former “Grey’s Anatomy” actor, who executive produced the documentary and makes his own appearance in the film.

“It really became about allowing this image (of Smith) to come down off the wall, this black and white image, and let it be the inflated, incredible human being that he is,” Williams told McGovern. “And talk about how those moments, all that work, and all that risk, and all that bravery has directly impacted me and the other folks who shared their time in the film.”

The synopsis for “With Drawn Arms” is as follows: At the 1968 Olympics, U.S. athletes Tommie Smith and John Carlos raised their fists from the podium during the medal ceremony as the American anthem played. Though this choice radically impacted Smith, throwing his personal and professional life into disarray, the defiant gesture has reverberated throughout the decades, adopted by generations of civil rights activists in their fight for social justice. Fifty years later, in an attempt to unpack the full breadth of Smith’s sacrifice — and the myriad ways it continues to resonate in the current reckoning over the racial injustice that still plagues America — artist and filmmaker Glenn Kaino partners with the gold medalist to finally tell his story and cement his legacy. As the two collaborate on a multidisciplinary art project, they connect with a new generation of activists. Featuring interviews with Megan Rapinoe, Colin Kaepernick, the late Congressman John Lewis and Jesse Williams — who, along with John Legend, also executive produced the film — Glenn Kaino and Afshin Shahidi’s “With Drawn Arms” is a testament to the courage of those willing to make their voices heard, no matter the cost.

Watch Joe McGovern’s full interview with Smith, Legend, Williams, Kaino and Shahidi via the video above.