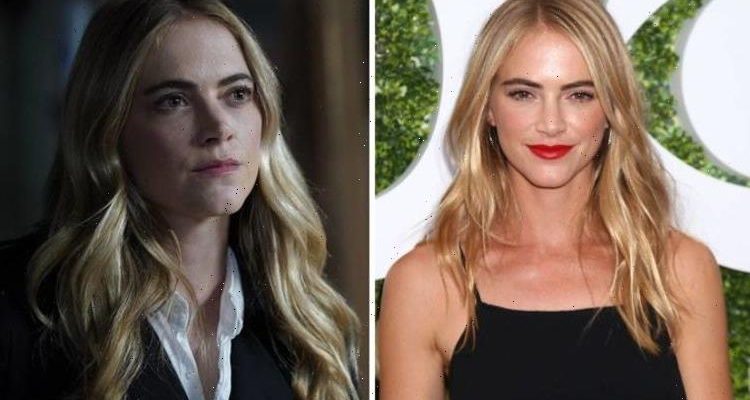 NCIS’ latest season ended with a bang with one exit from Agent Ellie Bishop (played by Emily Wickersham) and an uncertain future for Agent Leroy Gibbs (Mark Harmon). The CBS drama has returned for more new episodes as season 19 premiered last night, Monday, September 20. There are some big changes to expect with the cast looking different once again after the drama of the series 18 finale.

Will anyone replace Emily Wickersham in NCIS season 19?

At the end of season 18, Bishop resigned from NCIS after it was realised she had leaked confidential NSA documents 10 years prior.

But it was discovered by her colleague and love interest Agent Nick Torres (Wilmer Valderrama) that this was part of a wider scheme.

Bishop had done so on purpose so she could leave as a “disgraced NCIS agent” and go on an undercover mission, working alongside the mysterious Odette Malone (Elayn J Taylor).

Before they parted ways, Bishop and Torres shared a goodbye kiss after years of the show teasing a potential romance.

As Bishop hasn’t been killed off, there is an opportunity for Wickersham to return to the show.

For now at least, this does really seem like the end of the agent who has worked for NCIS for the past eight years.

Taking to Instagram earlier this year, Wickersham wrote: “What a great ride it’s been.

“This cast, this crew, are top-notch. I can’t say enough kind words about this group that I’ve had the pleasure of working with for close to eight years now and 172 episodes later.

“This business is finicky and weird and consistency is a rarity. I’ve been lucky enough to be a part of a show where I got to show up and act and laugh and learn with wonderful people.

“A moment in time I surely won’t forget. Thank you CBS and NCIS for including me in a part of television history.”

CBS has already confirmed that Wickersham will not star in season 19 of NCIS.

So with Bishop now out of the picture, is there a replacement lined up to take over her role?

No more new female cast members are going to be added to the cast of season 19.

However, another woman had already been introduced in series 18, someone who may have been included in preparation for Bishop’s departure.

Fans started to get to know Agent Jessica Knight (Katrina Law) at the end of the of the latest series.

She joined NCIS after all of her first team died in an explosion which Torres, Bishop and Agent Timothy McGee (Sean Murray) helped her investigate.

Jessica was permitted to stay on their team from then on and has so far proved herself worthy.

She will be returning full-time for season 19 so while it hasn’t been officially stated, Law does essentially act as a replacement for Wickersham.

NCIS season 19 will begin in a matter of hours, followed by the franchise’s next spin-off.

NCIS Hawaii was announced earlier this year and there has been a quick turnaround in bringing it to life.

The spin-off will air after NCIS series 19’s premiere episode but how will fans react to the new lot of agents based on the island state?

NCIS season 19 airs every Monday on CBS in the USA. A UK release date is yet to be announced.