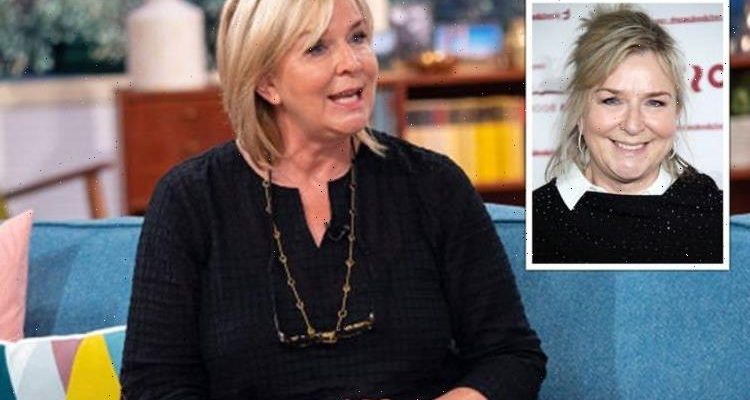 This Morning fans look forward to seeing Phillip Schofield and Holly Willoughby on their screens on weekday mornings. They are one of the ITV breakfast show’s best-loved presenting duos, but Holly has not always been Phillip’s co-star. Author and presenter Fern Britton starred on the show for 10 years, from 1999 until 2009, but why did she leave?

Why did Fern Britton leave This Morning?

Fern Britton, 64, joined This Morning as a guest presenter back in 1993 and she became a full-time host six years later.

She began hosting the show alongside John Leslie on Friday mornings, later becoming the show’s main host on weekdays in 2002.

The mother-of-four presented a number of gigs alongside Phillip Schofield, including The British Soap Awards and All-Star Mr and Mrs.

In November 2008 she revealed she would be taking a break from the show, but she would return in January 2009.

Two months later, she said she was quitting the morning show for good. Her final episode aired on her 52nd birthday, in July 2009.

Her co-star Phillip mentioned her departure from the show in his autobiography titled Life’s What You Make It.

He claimed he had an argument with Fern back in 2009, which may have led to her walking away from the role.

He said she had accused him of “meddling” in the show’s content, saying: “I walked back into the makeup room and calmly said, ‘Please don’t do that to me again,’.

“I think, for whatever reason, that was the point Fern decided she didn’t want to do This Morning any more.”

Earlier in 2020, Fern addressed her decision to leave the show whilst on The Ray D’Arcy Show.

She said: “I began not to enjoy it so much and the morning I resigned, I didn’t know I was going to resign.

“Something happened and I just thought, ‘That’s it really’ and I walked away and resigned. I was treated pretty poorly actually.

“After a while I just thought, ‘Sod it’. There was also a persistent rumour that I left because Phillip was being paid more than me and I always say to people, ‘Why would I leave a show to go to nothing if I was worried about money?'”

ITV has not commented on the claims made by Fern following her exit.

Following her departure from the show, she became a best-selling author, with many of her books set in Cornwall.

She did return to This Morning as a guest to talk about her role on a quiz show she was presenting.

She also presented a season of the cooking show Culinary Genius, as well as The Big Allotment Challenge and For What It’s Worth.

The TV star had a nine-season stint on her self-titled show, Fern Britton Meets…during which she interviewed a high-profile celebrity about their life.

Back in 2020, there were calls for Fern to return to This Morning after she Tweeted about a poignant issue.

She had highlighted the importance of washing hands amid the coronavirus pandemic.

Asking This Morning presenter Eamonn Holmes to address the issue, she received plenty of praise from fans.

Many asked her to return, saying they would love to see her co-hosting the show once more.

She has not expressed any interest in returning to the show as a host, so viewers will have to wait and see.

This Morning airs weekdays from 10am on ITV