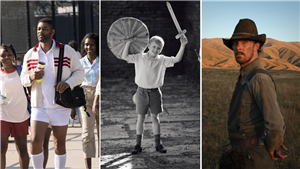 One way or the other, we’ll wind up with 10 Best Picture nominees, with ”Belfast,“ ”The Power of the Dog,“ ”King Richard“ and ”Dune“ among the front runners 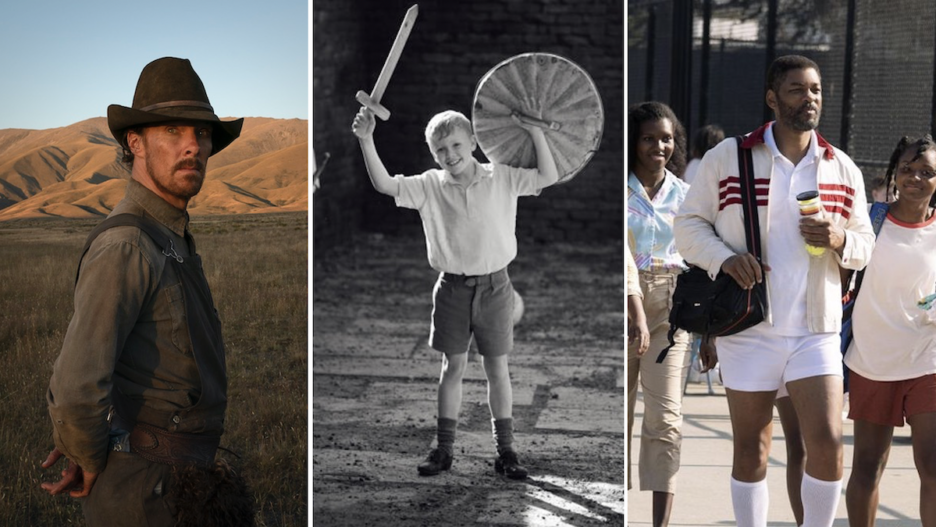 It’s October. Do we know who our Oscar front runners are?

In a normal year, we would – but following last year’s awards season, in which the pandemic ensured that nothing was normal, things are definitely not back to the days when at least half the eventual Best Picture nominees would have been unveiled by the end of the September film festivals.

The best bets from the slightly-scaled-down Venice Film Festival may be Jane Campion’s revisionist Western “The Power of the Dog” and Denis Villeneuve’s epic “Dune,” along with a handful of critics’ favorites whose appeal to voters has yet to be tested.

Telluride added premieres of Kenneth Branagh’s “Belfast” and Reinaldo Marcus Green’s “King Richard,” both of which seem to be likely nominees, as well as potential contenders like Joe Wright’s musical “Cyrano” and Mike Mills’ “C’mon, C’mon.”

The socially distanced and downsized Toronto International Film Festival premiered films that included “The Eyes of Tammy Faye,” “The Survivor” and “Dear Evan Hansen,” but it didn’t add any clear nominees to the mix (though the fact that “Belfast” won its People’s Choice Award was a convincing sign that it is the closest thing to a front runner we have at the moment).

The New York Film Festival had one world premiere of note in Joel Coen’s “The Tragedy of Macbeth,” which has a chance but isn’t by any means a favorite.

And we don’t really know which films will resonate with Academy voters, because they don’t have access to them yet. As of Friday, the Academy Screening Room devoted to the Best Picture category — a members-only platform that charges $12,500 to host a film for Oscar voters — contained fewer than 20 films.

Five were documentaries and three were animated features. Of the narrative features, which included “Coming 2 America,” “No Sudden Move” and “The Tomorrow War,” the ones with the biggest awards hopes might be “The Starling,” with Melissa McCarthy, and Leos Carax’s wacko musical “Annette,” which has some cachet because it was the opening-night film at this year’s Cannes Film Festival, but which is awfully weird for Academy voters.

Keep in mind, though, that this year the Academy has gone back to a rule that was in place in 2010 and 2011: The Best Picture category will have a guaranteed 10 nominees instead of the variable number it’s had since 2012. The new system allows voters to list their favorite 10 movies and seems to expand their thinking beyond the most obvious choices. But this is an odd year for it to go back to a full slate of 10, because at this point the field looks pretty skimpy.

Here’s where the race seems to stand at the end of September, almost four months from the beginning of nomination voting. 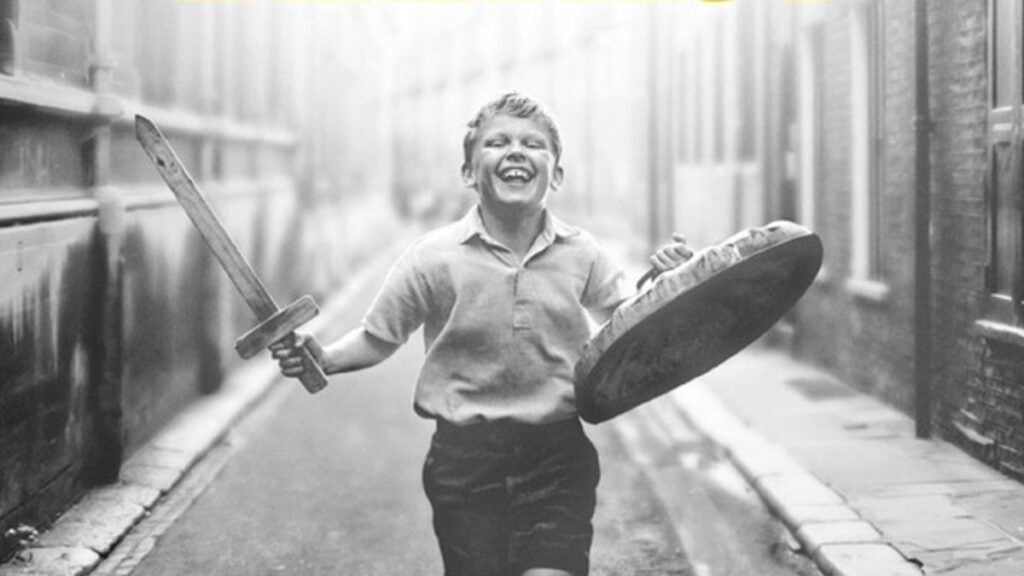 These are films I fully expect to see in the running for Best Picture when the nominees are announced on March 7.

“Belfast” (Focus Features)
Kenneth Branagh’s luminous and moving black-and-white memory piece has been compared to Alfonso Cuarón’s “Roma,” and it figures to go far with Oscar voters. Of course, “Roma” lost to “Green Book,” so far doesn’t necessarily mean all the way – though if there’s a leader in the clubhouse at the moment, it’s “Belfast.”

“King Richard” (Warner Bros.)
Could this film about Richard Williams, the driven father of tennis stars Venus and Serena Williams, be the “Green Book” that knocks off “Belfast?” Well, “Green Book” sneaked into the race at Toronto without much advance fanfare, whereas “King Richard” (and particularly Will Smith’s performance) received one of those over-the-moon Telluride receptions that don’t always hold up at sea level. But it’s an effective mainstream film that deals with issues of race and makes you feel good, and that makes it a very likely nominee.

“The Power of the Dog” (Netflix)
One of the critical favorites of the year so far, Jane Campion’s film is a subtle and complex look at masculinity in the American West. There may be some questions about whether it can connect with mainstream voters, but there were the same questions about “Nomadland” last year, and it won. 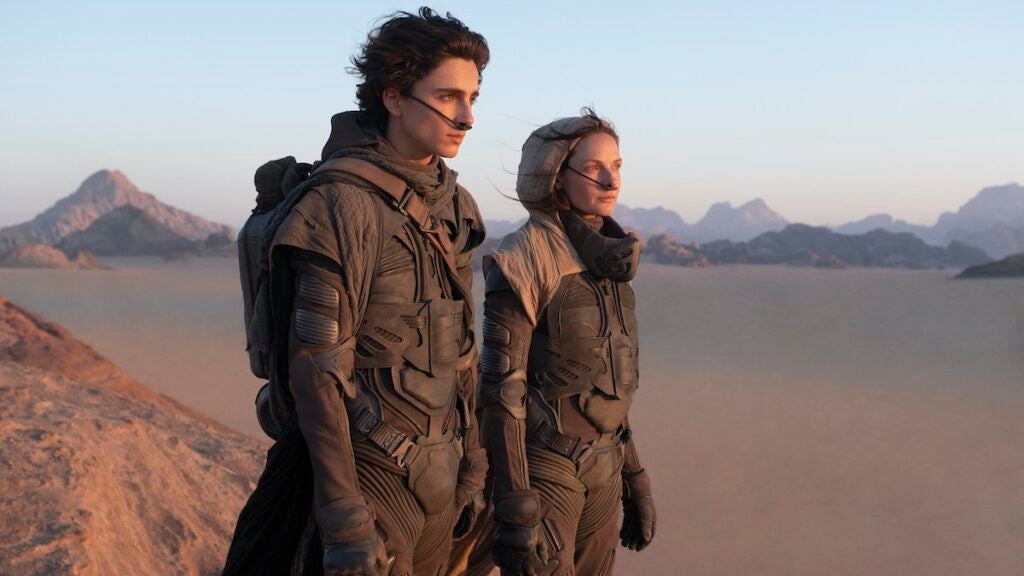 These are some of the films that may get a boost from the mandate for 10 nominees. But most of them have some significant hurdles to overcome. They’re listed in (very) rough order of likelihood.

“Dune” (Warner Bros.)
Big, muscular movies (“1917,” “Ford v Ferrari,” “Black Panther,” “Dunkirk,” “Hacksaw Ridge”) often get into the Best Picture race, and Denis Villeneuve’s sci-fi epic will get a boost from lots of below-the-line voters. And while Oscar voters are not really sci-fi or genre fans, Villeneuve did get in with “The Arrival” in 2016 … though not with “Blade Runner 2049” the following year.

“C’mon, C’mon” (A24)
Mike Mills’ gently affecting character study has one of the quietest performances Joaquin Phoenix has ever given – and while the black-and-white film might feel smaller than some of its competitors, its bittersweet complexities ought to win over a fair number of voters.

“CODA” (Apple)
In 2020, “Minari” won both the audience and the jury awards at Sundance, and it went on to land a Best Picture nomination as well. This year, “CODA” took both prizes, and Sian Heder’s story of a hearing child of deaf parents who aspires to become a singer is heartwarming enough to give it a shot at matching the “Minari” trifecta.

“The Tragedy of Macbeth” (A24)
Gorgeous, theatrical and blackly dramatic, Joel Coen’s Shakespeare adaptation will likely divide viewers – but in the nomination round of Oscar voting, passion counts for a lot more than consensus, and the sound and fury of Denzel Washington and Frances McDormand should stir up lots of passion.

”Cyrano” (MGM)
Here’s another film that will likely prove divisive, with director Joe Wright and actor Peter Dinklage remaking “Cyrano de Bergerac” as a rich, stylish musical adaptation of the stage show that ran Off Broadway. And as with “Macbeth,” the trick will be finding enough passionate voters to support it.

“The Eyes of Tammy Faye” (Searchlight)
Michael Showalter’s film about disgraced evangelists Jim and Tammy Faye Baker is most likely an awards contender for Jessica Chastain’s lead performance and for the makeup that transforms her into the title character, but it’s not inconceivable that the film is crowd-pleasing enough to win Best Picture votes as well.

“Spencer” (Neon)
Kristen Stewart has been acclaimed as a Best Actress front runner for her performance as a beleaguered and haunted Princess of Wales, but director Pablo Larrain’s unnerving drama can be a tough sit for the way it sinks into an air of creepy paranoia and stays there. Larrain’s more accessible “Jackie” was restricted to the actress, costume and score categories, and this film may meet a similar fate.

“The Lost Daughter” (Netflix)
Maggie Gyllenhaal’s directorial debut is smart and disturbing, with a daring structure and a strong lead performance by Olivia Colman. But it’s also a tough film that’ll leave audiences shaken – too tough, possibly, for mainstream voters.

“The French Dispatch” (Searchlight)
There are categories in which Wes Anderson’s film is a clear favorite: production design (typically impeccable), costume design (ditto), maybe music (where it could become Alexandre Desplat’s fourth nomination and second win for an Anderson film). The question is whether this episodic anthology can get into the Best Picture category, something only “The Grand Budapest Hotel” has done for Anderson.

“Red Rocket”  (A24)
Sean Baker is an Independent Spirit Awards kind of filmmaker whose only entrance in the Oscar race came with Willem Dafoe’s Best Supporting Actress nomination for “The Florida Project.” “Red Rocket” has enough hyperactive heart to appeal to some voters — but if A24 found resistance from Academy members to “Uncut Gems” two years ago, they may run into more of the same with this story of a hustling, sad-sack ex-porn star who grooms a 17-year-old girl for adult-film stardom.

“No Time to Die” (MGM)
James Bond movies don’t get Best Picture nominations — but in a thin year, it’s hard to completely discount the idea that Daniel Craig’s final turn as 007 could end up in the running. And while it’s not as good as “Casino Royale,” let’s just say it’s the best (and most sentimental) Bond movie ever released in a year with a guaranteed 10 nominees. 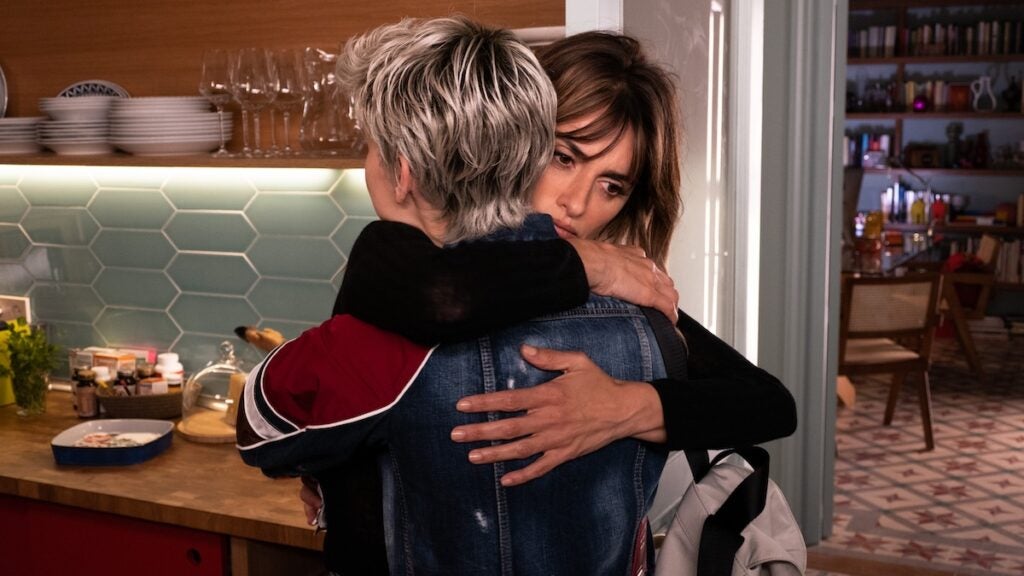 With the Academy itself recruiting a huge influx of non-American members over the past four years, a non-English film has been nominated for Best Picture twice in the last three years, with “Parasite” winning.

“A Hero” (Amazon)
Asghar Farhadi has won Oscars for Iran for “A Separation” and “The Salesman,” and this assured and typically tangled morality play might have the best shot of any non-English movie of getting into the Best Picture race.

“Parallel Mothers” (Sony Classics)
Pedro Almodóvar has been nominated (and won) outside the international category in the past, so his new drama with Penelope Cruz – a typically rapturous Almodovar film that also touches on political issues, a rarity for the director – has to be considered a contender.

“The Hand of God” (Netflix)
“Belfast” isn’t the only 2021 film that draws from its writer-director’s childhood: Italian filmmaker Paolo Sorrentino also does that in this combination of intimacy and extravagance, which follows a young man whose passion for cinema grows in the wake of a family tragedy. 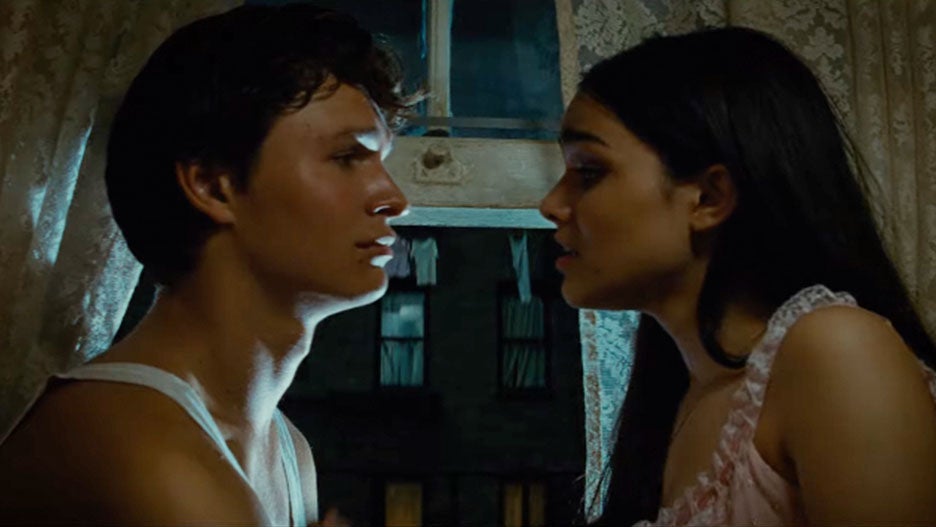 We won’t know if these films are contenders until they start screening.

“West Side Story” (20th Century)
Can Steven Spielberg avoid the curse that seems to have hit this year’s unexpected robust crop of musicals (“In the Heights,” “Dear Evan Hansen” … ), and in the process take Leonard Bernstein and Stephen Sondheim’s 1957 musical back to the Oscars, where it won Best Picture in 1961?

“Being the Ricardos” (Amazon)
Nicole Kidman and Javier Bardem play Lucille Ball and Desi Arnaz, and Aaron Sorkin writes the words (lots of them, no doubt) and directs.

“Licorice Pizza” (United Artists Releasing)
The last time Paul Thomas Anderson made a movie about the San Fernando Valley in the 1970s, it was “Boogie Nights,” which wasn’t nominated for Best Picture — but in a year of 10, it might well have been. And two of PTA’s subsequent films, 2007’s “There Will Be Blood” and 2017’s “Phantom Thread,” were nominated.

“Don’t Look Up” (Netflix)
Once known for broad comedies like “Anchorman” and “Talladega Nights,” Adam McKay is coming off back-to-back Best Picture nominations for “The Big Short” and “Vice.” This comedy stars Leonardo DiCaprio and Jennifer Lawrence as astronomers warning about a deadly comet on a collision course with Earth.

“tick, tick … Boom!” (Netflix)
Can first-time feature director Lin-Manuel Miranda avoid the curse that seems to have hit this year’s unexpectedly robust crop of musicals with his take on the late Jonathan Larson’s pre-“Rent” musical?