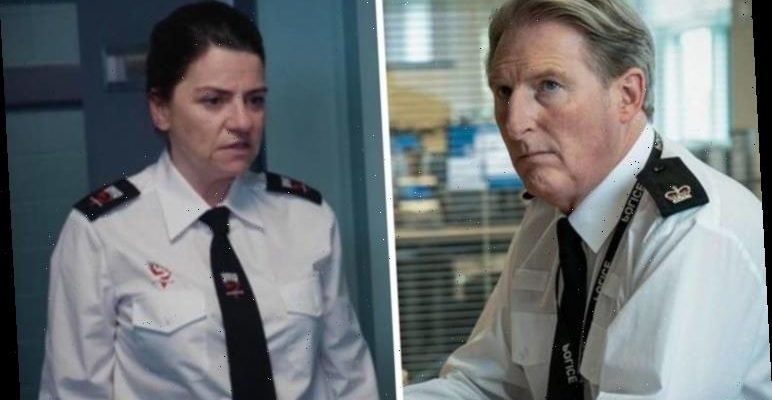 Line of Duty returned last month for series six on BBC One, with Detective Superintendent Ted Hastings (played by Adrian Dunbar), DI Steve Arnott (Martin Compston) and DI Kate Fleming (Vicky McClure) back again – but a lot has changed since season five. However, there have been plenty of links with previous series which haven’t gone unnoticed by eagle-eyed viewers, including one rather mysterious prison guard.

WARNING: This article contains spoilers from Line of Duty.

Sergeant Farida Jatri (Anneika Rose) was arrested in episode two after a number of burner phones were found stashed underneath the floorboards at her home.

She was thought to be working with the OCG (Organised Crime Group) but says she is being set up by former girlfriend DCI Jo Davidson (Kelly Macdonald) who had been living there until they recently broke up.

AC-12 organised for a second interview to be conducted to delve into these accusations further.

However, Farida wasn’t able to attend as she had to be taken to the prison hospital. 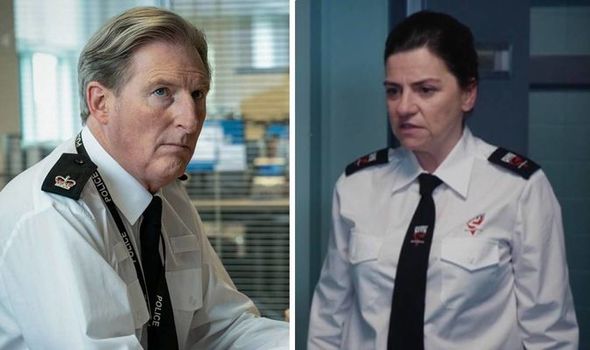 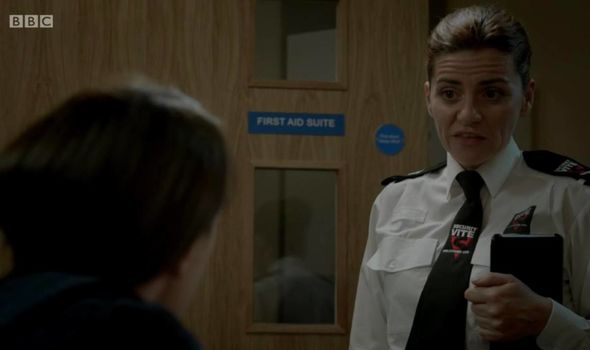 Who is the abusive prison guard in Line of Duty?

She told her of the AC-12 interview and ordered Farida to face the wall with hands behind her back so she could put her in handcuffs.

Farida agreed to do so but moments later, Farida was heard screaming.

In the next scene, DC Chloe Bishop (Shalom Brune-Franklin) is seen coming out of the prison, telling Steve how her wrist had been broken and she no longer wanted to speak to AC-12. 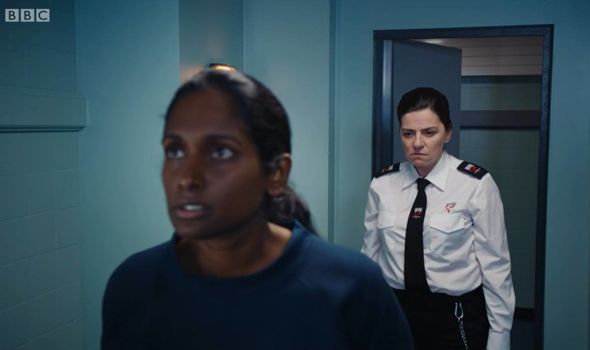 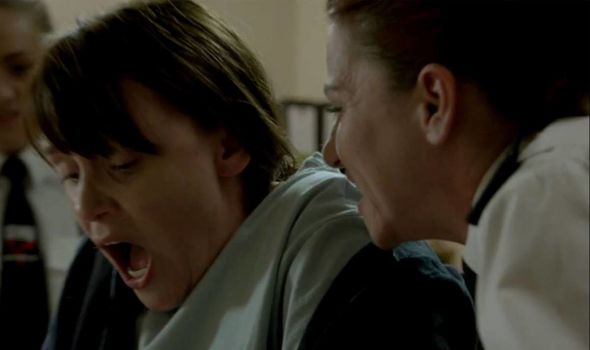 When has the prison guard been in Line of Duty before?

This isn’t the first time Alison has been used to physically intimidate someone from inside prison not to co-operate with AC-12.

The guard was last seen back in 2014 during Line of Duty season two.
DCI Lindsay Denton (Keeley Hawes) was in prison as she had been arrested for her involvement in the fatal car crash transporting Tommy Hunter (Brian McCardie) who was in the Witness Protection Programme.

Kate had been visiting Lindsay in prison which the guards had been aware of.

While exercising in the gym, Lindsay was attacked by two other prisoners who were stopped by the guards.

When she thought her ordeal was over, Lindsay was taken into a back room and offered a cup of tea.

Alison, the same prison guard who broke Farida’s wrist in season six, poured boiling water over Lindsay’s hands and accused her of speaking to AC-12.

Some long-term fans were able to spot this minor detail in the latest episode.

Taking to Twitter, one Line of Duty viewer wrote: “Fun Fact: The prison guard who assaulted Jatri is the same one who poured hot tea on a member of the OCG who was in prison back in series 2. #LineOfDuty #LineofDuty6.”

Another commented: “I recognised the Prison Guard from when Lindsay Denton was attacked in prison.”

While a third added: “That prison guard threw boiling hot water on Lindsay Denton’s hands and also locked her in the gym to get beaten up. Now she’s broken Farida’s hand.”

Line of Duty season 6 airs every Sunday at 9pm on BBC One.