MICHEL Roux Jr is known for being a two-star Michelin chef at the London restaurant Le Gavroche.

He is the son of French chef Albert Roux who passed away aged 85 in January 2021. 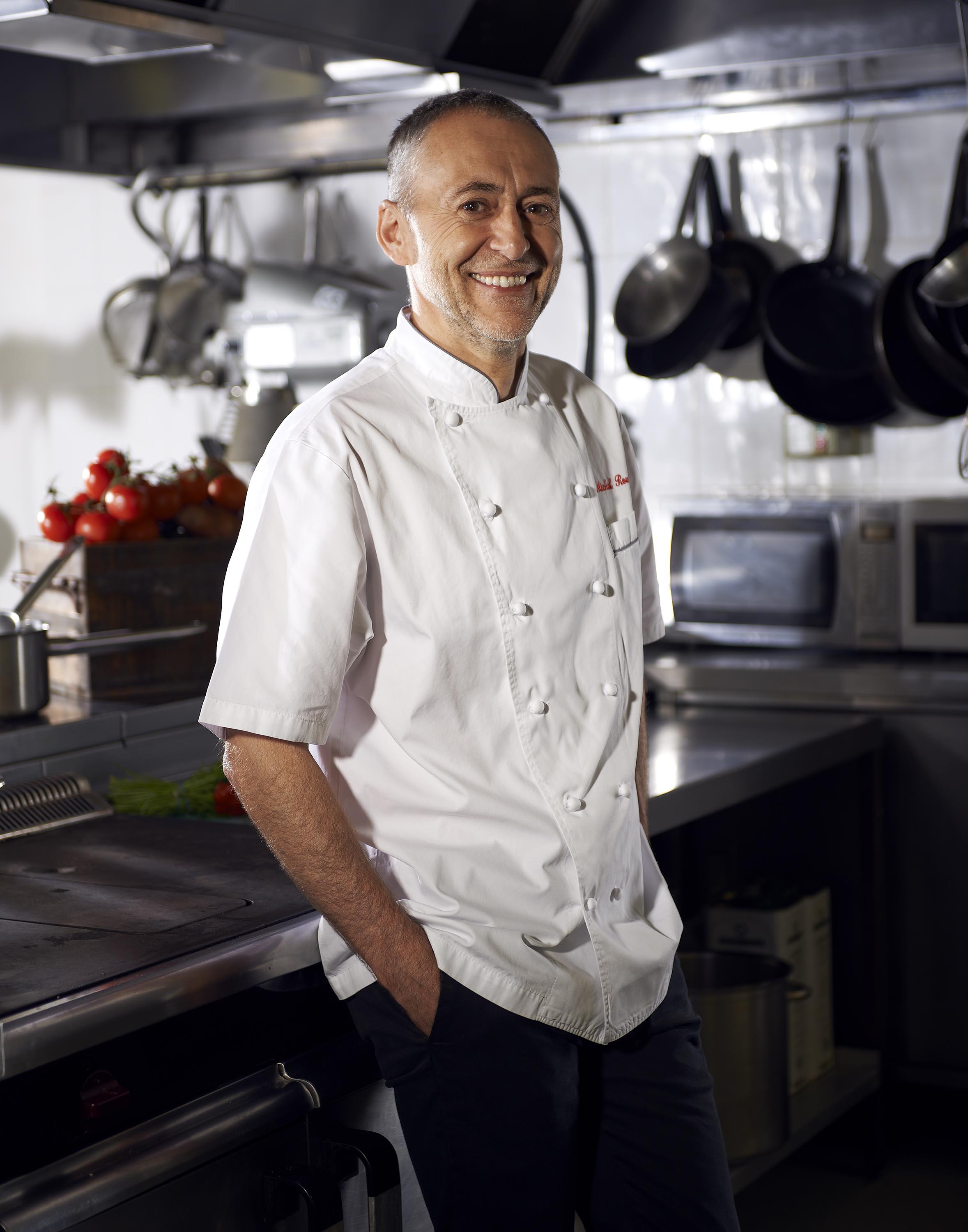 Who is Michel Roux Jr?

Roux Jr is a 61-year-old chef who has made his mark as a chef in London and beyond.

He was born in Kent, before attending the private Emanuel School in Battersea in London.

After leaving school at the age of 16, he did an apprentice in Paris, before getting a job as a commis de cuisine at Le Gavroche.

He's done several TV appearances, including being a judge on Masterchef, featuring on Hell's Kitchen and BBC Two's Food and Drink alongside Kate Goodman and he runs two restaurants, Le Gavroche and Roux – both in London.

What is Michel Roux Jr's net worth?

His fine dining restaurant Le Gavroche has a net worth of £2.9million, according to Company Check.

The Mayfair restaurant in London charges £212 for its fixed price menu – meaning the 13 per cent service charge would rake in thousands of pounds.

Le Gavroche charges £212 for its fixed price menu and £60 for a starter.

Who is Michel Roux Jr's wife?

Michel is married to French-native Giselle, and the couple have a daughter called Emily who's following in her father's footsteps and training to be a chef.

Giselle is also in the restaurant business, and is currently the secretary at Le Gavroche.

The family live in London to be close to the fine dining restaurant in Mayfair.

When was Michel Roux on MasterChef: The Professionals?

Michel was a judge on MasterChef: The Professionals when the show first started back in 2009.

He left the series back in 2014, but often returns as a guest judge.

Where is Le Gavroche restaurant?

It was opened by Michel's Jr dad Albert Roux and uncle Michel in 1967.

Michel Roux Jr took over the reins from his father in 1991.

Le Gavroche was the first UK restaurant to be awarded one, two and three Michelin stars.

Where is the Roux restaurant?

The Roux is Michel's second restaurant and bar, which is located just a stone’s throw from the Palace of Westminster and St. James’s Park.

Guests can dine on a tasting menu of light modern European cuisine.

Not only can customers take advantage of the delights from the Michel-star chef, but also can enjoy eating in the Grade II-listed building.