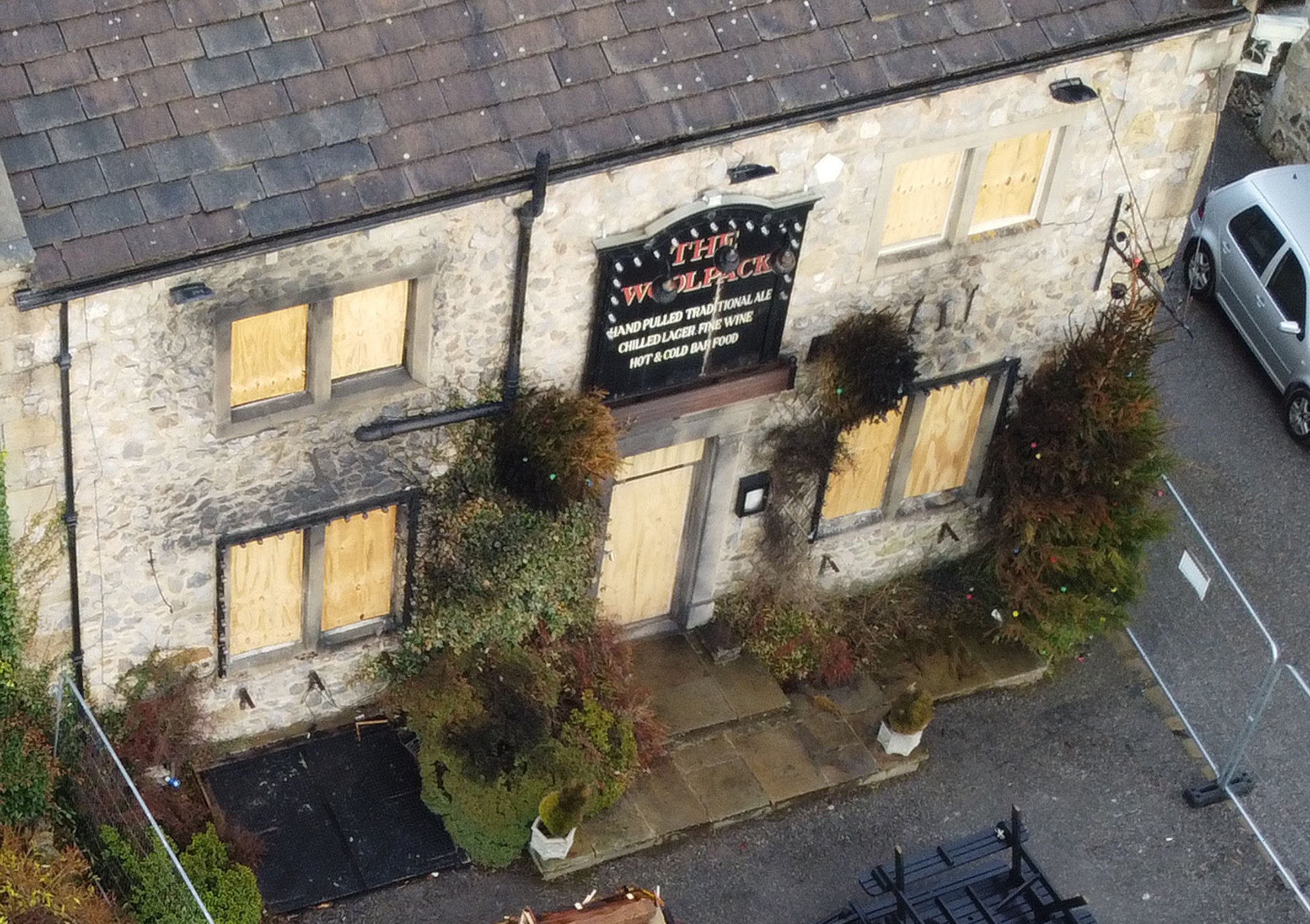 Lives are on the line in Emmerdale this Christmas, as the Woolpack is home to a deadly fire.

The ITV soap’s signature boozer is burnt out in the wake of the blaze, as seen in these photographs.

Windows at both the front and the back of the property are boarded up, while soot marks can also be seen around the frames.

Both the upstairs and the downstairs windows are covered, suggesting that both the pub and the living space upstairs are destroyed in the explosion.

A skip is also pictured in front of the building.

Metro.co.uk were the first to reveal that the beloved pub would go up in flames this festive season.

It is not yet known how or why the landmark goes up in smoke, but with scheming Al Chapman (Michael Wildman) desperate to destroy everything landlady Chas Dingle (Lucy Pargeter) holds so dear, it is possible that he will play a role in the tragedy to come.

Speaking about what’s to come in Emmerdale this Christmas, an ITV spokesperson said: ‘It’s the season of good will, but the underhanded Al Chapman goes sparing on dishing out any joy, particularly when he is feeling under so much pressure.

‘Will Al find a solution for his financial problems or could his world collapse?’

Al bought into The Woolpack several months ago, after it was revealed that the pub was in financial difficulty due to the pandemic.

He claimed he wanted to make it thrive once more, and thus made a number of interesting suggestions. But it turns out that he is intent on having the boozer converted into luxury apartments.

His new associate Gavin (Ben Richards) is seemingly assisting him in his scheme, but will he succeed in setting in motion the beginning of the end for the Woolpack?

Will Al perhaps set the building on fire in order to make his wishes come true? Regardless of how the fire is starts, the question is: is this truly the end for the iconic soap pub?

And what’s more, will lives be lost in the blaze?

Emmerdale airs Mondays – Fridays at 7pm on ITV, with an extra episode at 8pm on Thursdays.