American animated movies like Pocahontas often call on prolific voice actors to enhance the narrative. The 1995 Disney feature directed by Mike Gabriel and Eric Goldberg brought on a host of actors to help romanticize the film’s tone. The choice of the voice cast was deliberate — it became a tool to emphasize the racial undertones in the story.

The musical historical drama is based on the dramatic life of a Powhatan woman enthralled by the arrival of an English settler, John Smith. She falls in love with him, raising eyebrows.

But a brewing battle between the natives, led by Chief Powhatan — Pocahontas’ father — and the settlers quickly threatens the romance. Inspired by her love, the brave protagonist restores peace and unity between the two worlds.

The voice cast of the main characters in Disney’s ‘Pocahontas’ 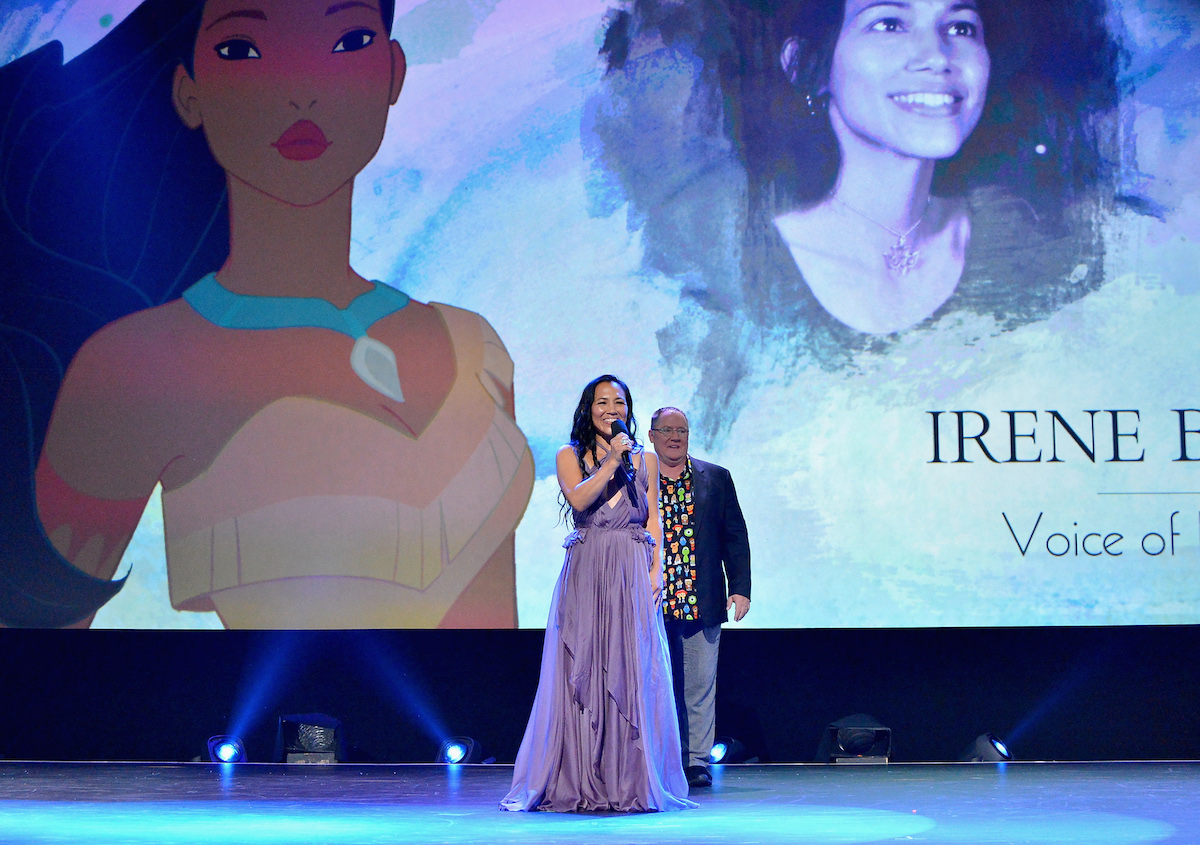 Irene Bedard is the voice behind the hero Pocahontas. But credit for the memorable singing — including on the songs “Colors of the Wind” and “Just Around the Riverbend” — goes to Judy Kuhn, IMDb reports.

Another prominent figure throughout the film is Pocahontas’ father, Chief Powhatan. Actor Russell Means voices the character, and Jim Cummings provides vocals for the sung parts.

Background on the major actors in ‘Pocahontas’

According to Indian Country Daily, Bedard has worked as a voice actor in several other animated productions. They include Adventures from the Book of Virtues, 2003’s What’s New, Scooby-Doo?, Young Justice, and the sequel Pocahontas II: Journey to a New World. Bedard also does voiceovers for video games and theme park attractions.

Kuhn leans into her extensive experience in musical theater while singing as Pocahontas.

And Gibson also voiced Rocky in the 2000 DreamWorks Animation movie Chicken Run. But the actor had already become famous for star turns in the Mad Max and Lethal Weapon franchises and Braveheart.

Decades before his role as Ratcliffe, Stiers was well known for playing Maj. Charles Winchester in the TV series M*A*S*H. He had 168 acting credits to his name before his 2018 death at the age of 75.

Another prominent singing voice in Disney’s historic musical is that of Cummings. The actor has done voice work for several animations, including Winnie the Pooh, Pete, and Darkwing Duck. He is considered the most successful voiceover artist, having appeared in more than 400 roles within the American animation scene.

Finally, Means is a recognized voice actor with credits for Turok: Son of Stones and Pocahontas II: Journey to a New World.

Notable voice actors who played smaller parts in the film

Legendary voice actor Frank Welker plays Flit, Pocahontas’ pet hummingbird. Welker’s most recognized voice acting role is of Fred Jones in the Scooby-Doo franchise. He has also lent his voice to at least 80 other characters in film and video games. They include Megatron in the Transformers franchise and the Cave of Wonders in Disney’s Aladdin.

An addition to the voice cast is John Kassir, who portrays Pocahontas’ pet raccoon, Meeko. The stand-up comedian is best known as the voice of the Cryptkeeper in the TV series Tales From the Crypt. His voice was also featured in the off-Broadway show Reefer Madness.

Finally, Gordon Tootoosis portrays Kekata, the knowledgeable medicine man in the Powhatan tribe. When the character bursts into song, Cummings provides the singing voice. Tootoosis has enjoyed an extensive voiceover career, including roles in the first and second installations of Open Season.