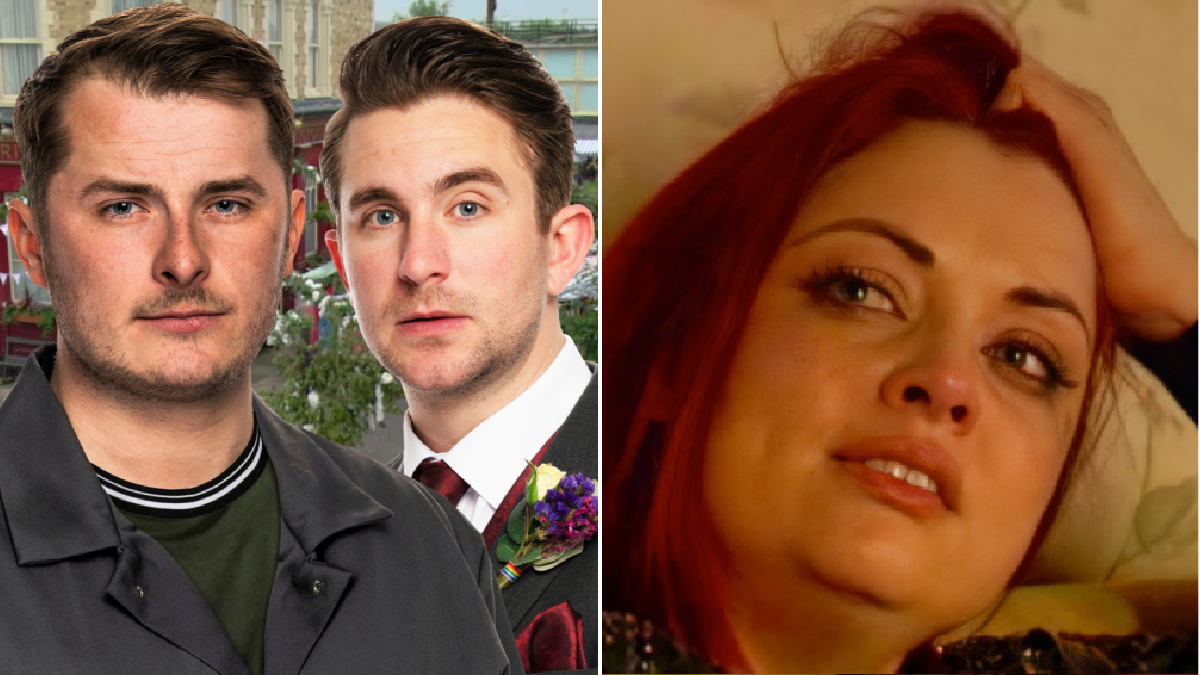 The young woman is seething in the wake of Kush Kazemi’s (Davood Ghadami) demise – holding Ben and his family responsible for her fiancé’s death.

Ben, meanwhile, has been dealing with a pretty big loss of his own, after he discovered that Callum had been lying to him for months about who he was really trying to apprehend while undercover.

Yes, the copper broke his beau’s heart earlier this week when he confessed that he was attempting to take down Phil (Steve McFadden).

Ben struggled to forgive him in the wake of this revelation, but Callum made clear that – come hell or high-water – he would be waiting for him at the altar on their wedding day.

Callum’s confidence takes a knock on the morning of the ceremony, however, as he cannot shake the pre-wedding jitters – concerned that Ben won’t turn up.

However, Ben does a disappearing act, leaving everyone frantic!

Whitney, meanwhile, is devastated that she cannot go to Kush’s funeral in Dubai. Gray Atkins (Toby-Alexander Smith) comforts her, but they’re interrupted when Kathy bursts in looking for her missing son.

Whitney is secret filled with glee that the wedding is not going as planned.

The question is: will she do whatever it takes to stop her ex from marrying the love of his life?

If so, she might have some competition on that front, as Phil later discovers Callum’s betrayal – and he’s seething!