Stranger Things Season 3, set in the fictional town of Hawkins, Indiana, in 1985, takes fans on a nostalgia-filled trip back to the 1980s, in the era of Coke v. Pepsi and Nike v. Reebok. In 1985, Rambo II and Back to the Future (starring Michael J. Fox) were the most talked-about movies. The Cosby Show was everyone’s favorite on TV and Michael Jackson’s pop music career was at its peak.

Hawkins’ new Starcourt Mall is the center of attention as a group of teenagers face the dangers of the Upside Down amid Fourth of July celebrations.

Most fans already know that Stranger Thing 3 was filmed on location in Atlanta, Georgia and environs, but if you have wondered where specific scenes and places in Hawkins were filmed, here is everything you need to know.

Hawkins’ brand new Starcourt Mall was filmed in a complex called Gwinnett Place Mall, 2100 Pleasant Hill Rd, in Duluth, Atlanta. A section of the complex with many vacant storefronts was refitted for an authentic ’80s appearance, according to Atlas of Wonders.

The Hawkins Town Hall was filmed at the City Hall in East Point, while Hawkins Community Swimming Pool scenes were filmed at the South Bend Pool facility in 2000 Lakewood Ave, SE, Atlanta, near the EUE/Screen Gems Studios where most of the studio work took place. 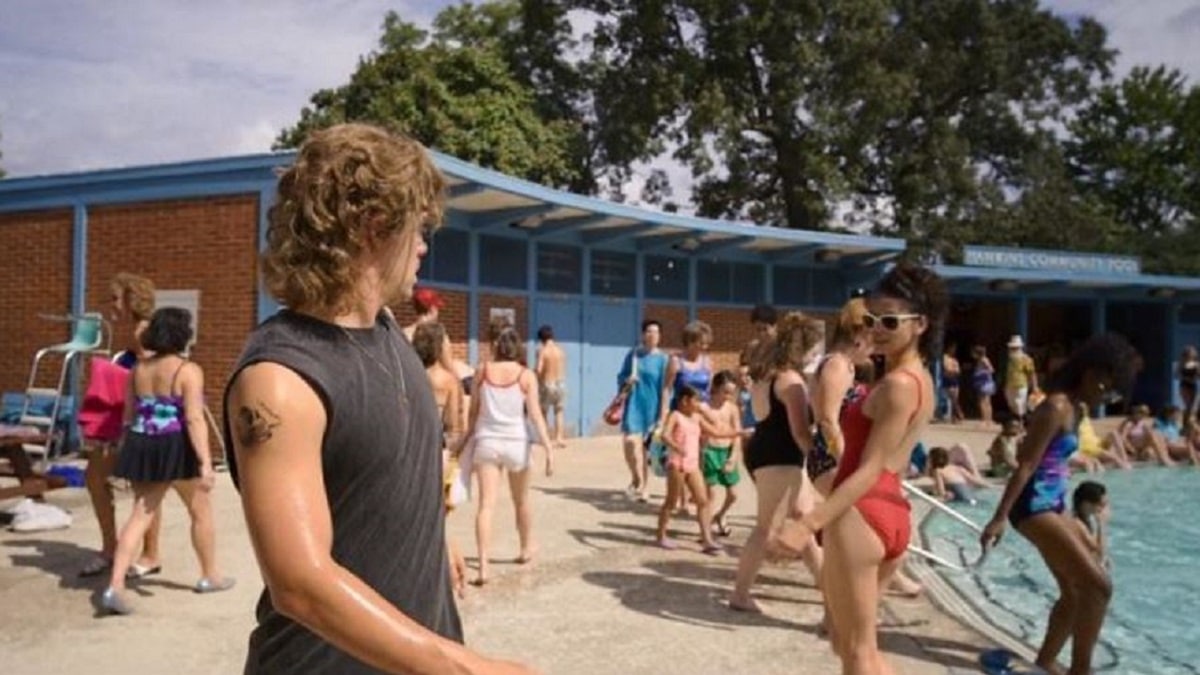 The rides at the Fun Fair in Season 3, episode 6, were reportedly supplied by Forever Young Amusements, a company based in Conley, Georgia, according to Atlas of Wonders. Some fans have suggested that the filming location for Mayor Kline’s Fun Fair was likely Georgia Renaissance Festival grounds, but this is not confirmed.

The beach scene in episode 8 was filmed in Malibu, California, according to Atlas of Wonders.

The outside scenes of Hawkins National Laboratory were filmed on Emory University’s Briarcliff campus (1256 Briarcliff Road, Atlanta), while the interior scenes were shot on set. Most of downtown Hawkins was filmed on Mulberry Street, 2nd Street, and Oak Street, in Jackson, less than an hour’s drive from Atlanta, GA.

Similarly, the exterior of the Hawkins’ Library is the Butts County Probate Court in Jackson, while the interior is the Old East Point Library, 2777 McGee Way, East Point, Georgia.

The location of Hawkins’ General Hospital is the East Point First Baptist Church.

The Hawkins Police Department is at  48 Pray Street, Douglasville, GA.