Netflix will be dropping its lavish new costume drama Bridgerton, an adaptations of the best-selling novels by author Julia Quinn. The eight-part series will be arriving on the streaming platform globally on Christmas Day and promises to be a sumptuous visual treat with a decidedly racy edge – perhaps not to be watched with the whole family. Many viewers will be curious to know where the show was filmed and Express.co.uk has the lowdown from several creatives who worked on the show including director Tom Verica and showrunner Chris Van Dusen.

Where is Bridgerton set?

Based on the beloved novels by American historical writer Julia Pottinger who goes by the nom de plume Quinn.

There is a total of nine books in the Bridgerton series to date and season one will be taking its cue from The Duke and I (2000).

Season one is set in 1813 in London with the focus on the Bridgerton and Featherington families as well as Regency society as a whole.

From the ornately decorated stately homes playing host of a myriad of society balls to the quaint promenading parks to cavernous royal palaces, Bridgerton promises to be an immersive experience. 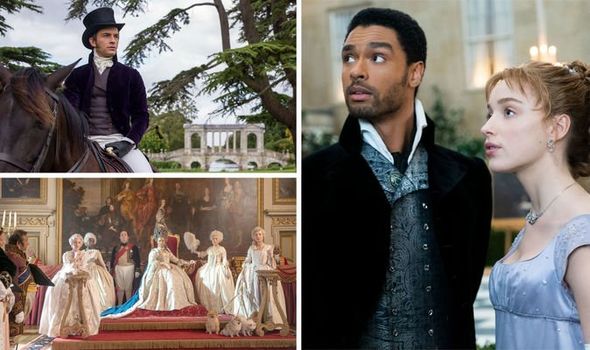 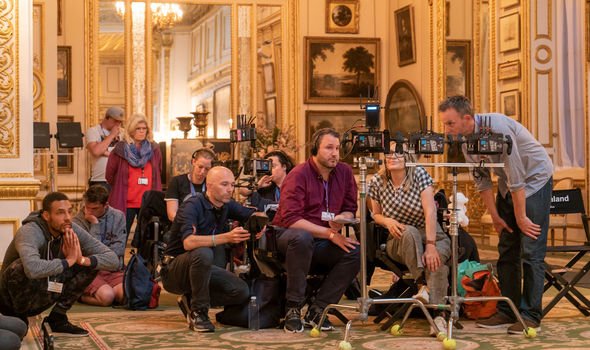 At the heart of story is Daphne Bridgerton (played by Phoebe Dynevor), who makes her debut on the London marriage market in the hopes of securing a proposal by the end of the season.

After winning the favour of Queen Charlotte (Golda Rosheuval), who hails Daphne as the flawless diamond of the season, the suitors come flocking in their droves.

However, Daphne’s ambitious elder brother Anthony Bridgerton (Jonathan Bailey) inadvertently scuppers her plans with casting far too discerning a eye over her potential husbands with the young lady soon finding herself on the back foot with a high society sheet (read: gossip rag of the Regency period) suggesting the jewel of the season could be losing its sparkle.

Taking matters into her own hands, Daphne forms a mutually beneficial arrangement with the self-proclaimed bachelor for life Simon Basset, the Duke of Hastings (Regé-Jean Page) to boost her marriage prospects once more while abating all the high society mothers of London who view him as a rakish challenge for their daughters to take on. 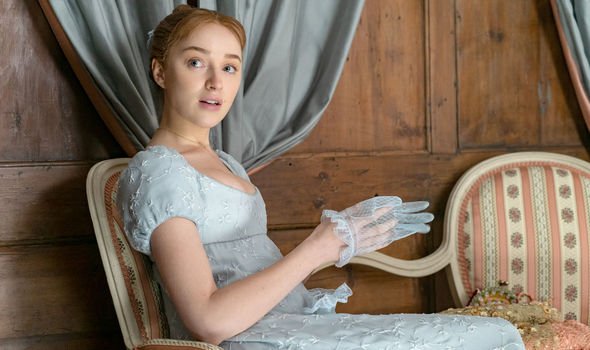 Showrunner Van Dusen admitted he “fell in love” with the books the very first time he read them, describing Bridgerton as a “big” and “sexy” drama.

He explained to media including Express.co.uk: “They had every element I’m drawn to. They were funny, they were emotional and then of course they were super sexy. Then you had this incredibly charming, delightful family at the centre of them plus it was pure escapism.”

American television producter and screenwriter Van Dusen admitted as soon as he’d read all of the books he envisioned a period drama.

However, Van Dusen didn’t want Bridgerton to be a traditionally staid and buttoned-up affair but more of a bodice ripper.

“So I really set out to make the period show I wanted to see, one that turns this traditional genre on its head and turns it into something new and fresh and relatable and topical. The Regency period was a crazy time. It was full of decadence and excess and glamour.”

He along with the programme-makers sought to re-imagine this period and give it a contemporary relevance in a way which hadn’t been depicted on screen before.

Van Dusen added: “There was always an intention from the beginning to make Bridgerton not feel like your typical period piece. That was really in mind when watching and creating it. 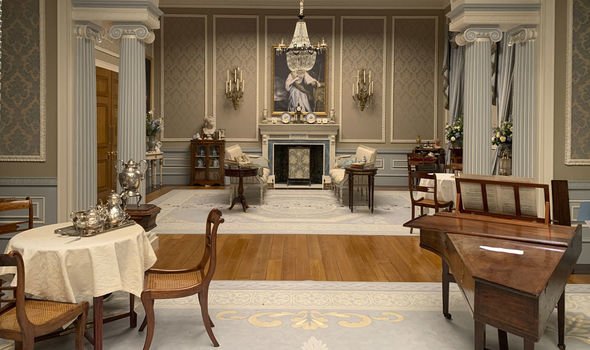 “So when you watch the show, it’s like reading a romance novel. Things are sexy and dangerous and it can be a really wild ride. There can be moments that are going to make you blush.

“There are moments that made me blush writing them but that was just one part. Underneath, the beautiful escapist world, we have this running modern commentary on things like class and gender and sex and sexuality and race – issues that I hope audiences can relate to today.”

He said there would always be differences when going from page to screen, however, Van Dusen promised book readers would “definitely see elements they love” on screen.

The writer said there would also be some new characters and an “entirely new world” featuring Queen Charlotte and Buckingham Palace, saying the show would be opening up Quinn’s source material further.

Where is Bridgerton filmed?

The show was filmed before the coronavirus pandemic in various locations in Britain including Bath and Bristol, which is often used for period dramas.

Bridgerton’s production designer Will Hugh-Jones said the show started off with history before bringing a more contemporary touch to the aesthetics whether through colour or fabric.

He said: “At the end of the day, we’re not a historical show. We do a nod to the history but we’re storytellers and so we would always be as historically accurate as we can, but if it doesn’t work for the storyline then we re-assess but as much as possible we keep true to history.

“Quite often, history’s a bit boring and we’re about doing something vibrant and something which is accessible to our audience.”

Hugh-Jones added about the challenges of the shoot, saying time was a big factor.

“Because we filmed in these massive houses, the building next door is where Prince Charles lives and is used by the Royal Family.

“We would regularly get a short period of time to get in there, get rid of the 20th century, take it back to our period, dress it with the crew bearing down on us and shoot it.

“We would then have been less time to get out. So the biggest challenge was time on this show but that’s not unheard of on many period shows.”

While director Tom Verica – who helmed the first two episodes – said there were a lot of locations for Bridgerton and one of the challenges was travelling between them to shoot the series.

He had five different balls in his two episodes and required “completely different rooms” to be created to house these scenes.

Verica said: “That was an incredible feat. It was probably one of our biggest challenges and I think ultimately that was the most gratifying as well.”

Bridgerton will be released on Netflix on Christmas Day