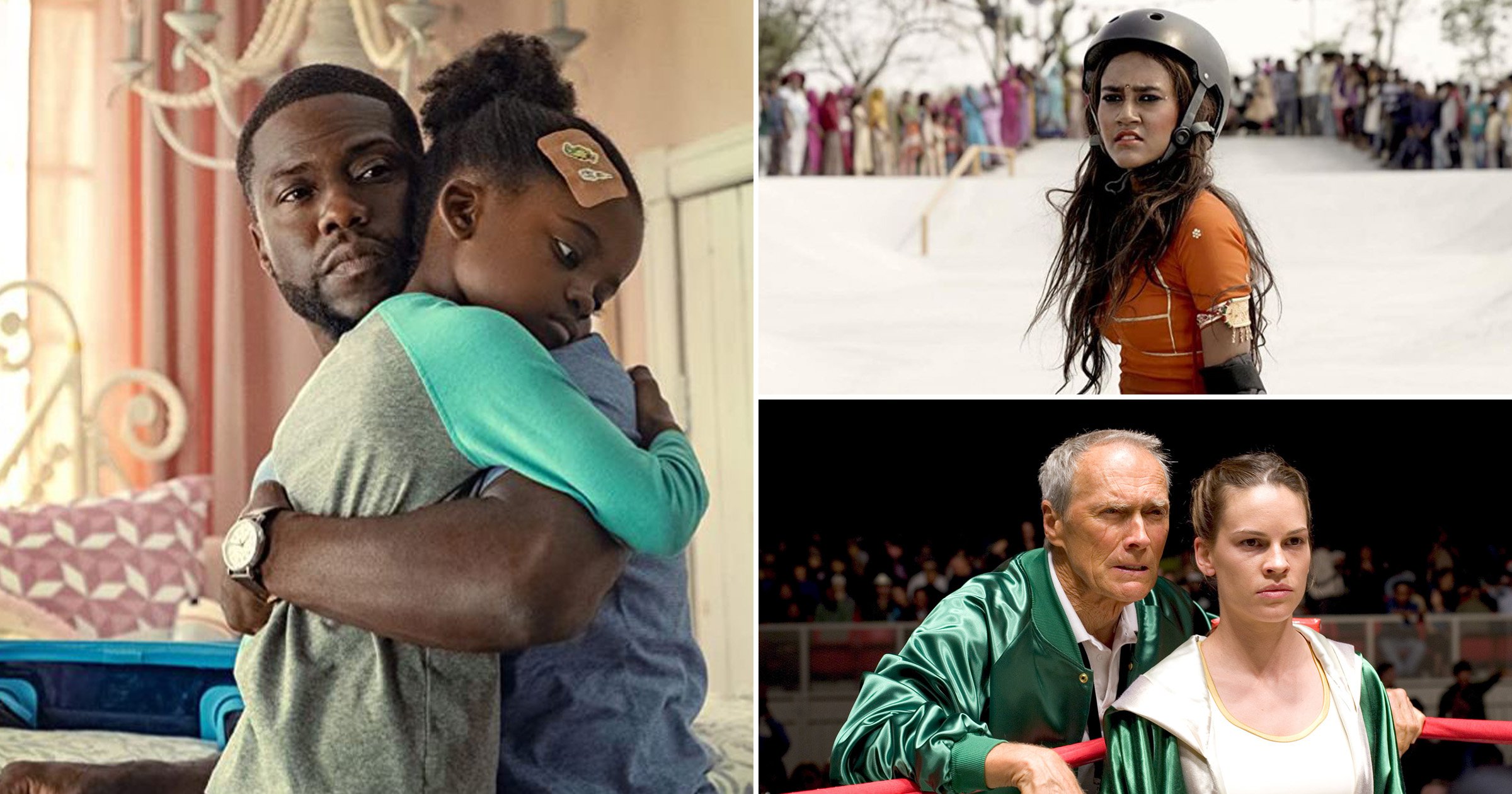 The sun might have got its hat on at the moment, but it’s always best to have some great films stored up to watch on Netflix in case the unpredictable British weather does its thing and we end up chilling out at home.

Netflix UK have a slate of original movies on the way to satisfy everyone from action fans to families.

There’s also some absolute classics landing on the streaming service next month as well as anime that kids big and small will love.

To give you a hand with what to watch, we’ve rounded up some of the best films arriving on Netflix in June – so mark the dates in your diaries.

Clint Eastwood’s critically acclaimed drama stars Hilary Swank as a woman who trains with a no-nonsense boxing trainer in order to become professional in the sport.

It scooped four Oscars in 2005 including best film and best actress for Swank.

The Coen brothers’ 1998 classic, starring Jeff Bridges in one of his most iconic roles, lands on Netflix in June. The Dude abides.

The horror drama, released in 2019, follows Lizzy (Caitlin Gerard) who starts to believe her own land is being haunted by a sinister being trying to oust her and her husband.

It’s pretty violent too, so maybe watch with the lights on.

Pretty guardian Sailor Moon must reunite with the Sailor Guardians, who are scattered across the land, to save the world once more in this two part return for the beloved manga character.

See if you can remember the order the names of the Guardians go in during the theme tune.

Mexican director and writer Yulene Olaizola invites us into the rich depths of the Mayan jungle as woman flees to escape an arranged marriage.

Netflix might repeat its viral success of Bird Box with Awake, a dystopian drama set in a world where people are unable to sleep.

Gina Rodriguez stars as Jill, an ex-soldier with a young daughter who may have found a solution.

Skater Girl is an uplifting story about a teenager in rural India whose life is changed when she develops a passion for skateboarding.

Comedian Kevin Hart shows his serious side in Fatherhood, playing a single father whose wife dies a day after their daughter is born. Out just in time for Father’s Day.

Liam Neeson, who swore off action films in January this year, stars in The Ice Road as Mike, an ice diver in a race across a frozen ocean to rescue trapped miners.

Channing Tatum is George Washington!
Olivia Munn is Thomas Edison!
Other actors are other characters!

Time to officially reveal the cast of AMERICA: THE MOTION PICTURE, crossing rivers to deliver you to a prosperous new horizon on June 30. pic.twitter.com/PWy1Yo62ms

With Channing Tatum as George Washington, Olivia Munn as Thomas Edison and Simon Pegg as King James, America: The Motion Picture promises to be something a bit different.

Washington, a ripped, chainsaw wielding man, leads the charge to take on the British in an offbeat take on the American Revolution.