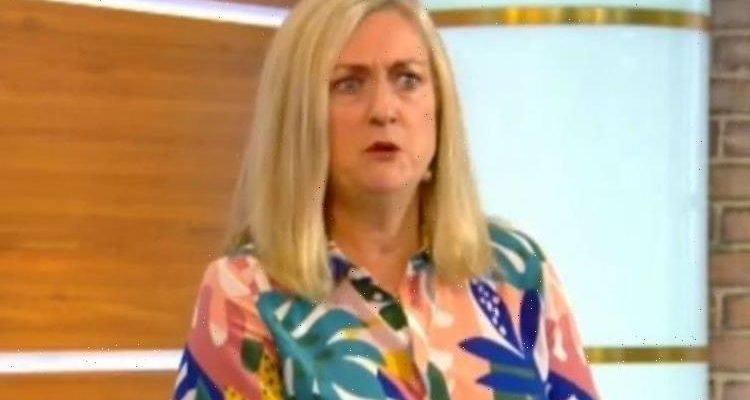 Former Home Secretary Jacqui Smith and Dominique Samuels exchanged a fiery war of words on the Jeremy Vine Show which forced Ms Samuels to tell off her opponent for being “rude” and told her not to speak to her in a hostile way. Ms Samuels defended the proposed decision to slash foreign aid to 0.5 percent of GDP temporarily as she feared the budget was not being used appropriately and used money going to India and China as examples. But Ms Smith erupted and said foreign aid increased Britain’s influence on the world stage as the two women began shouting at each other during the tense debate.

Speaking on the Jeremy Vine Show, the panel debated the proposed foreign aid cut from 0.7 percent of GDP to 0.5.

The Government held a surprise vote on the proposal on Tuesday which saw MPs debate for three hours before the vote later in the afternoon.

The Conservatives were threatened with a strong rebellion led by Andrew Mitchell who is against the foreign aid cut.

But Ms Samuels supported the cut and said: “There was a story I remember when the whole debate about foreign aid was going on and apparently, our money was used to fund a girl band.

“Then there’s India that has its own space programme and China… the two countries that don’t necessarily need it, including China who really we should be competing against.”

But Ms Smith interjected and sternly said: “What our aid enables us to do is to speak with credibility in the world at a time when we’re focusing on being global Britain.

Ms Samuels then interjected this time to say there were needy people in the UK too.

Boris Johnson slammed by Theresa May for foreign aid cut

The foreign aid budget cut was proposed to fill parts of the economic black hole left behind by the pandemic and is said to only be a temporary measure.

The cut is expected to save around £4billion.

“Which some countries necessarily don’t really need and instead spend them on people here and the public generally does seem to support that.”

Ms Smith still disagreed and repeated the budget allows the UK to be “credible” and attacked Ms Samuels for making a “false distinction” based on “anecdotal” evidence.

Ms Samuels told Ms Smith to stop being “so rude” and told her to refrain from her aggressive language.

There were rumoured to be around 50 Tory MPs who backed Mr Mitchell’s rebellion including former Prime Minister Theresa May.

The vote was sprung on MPs on Monday afternoon in what some believe was a ploy by the Government to limit the amount of time rebel backbenchers could organise and vote against the measure.

The Labour Party also opposes the cut and will vote against the measure.