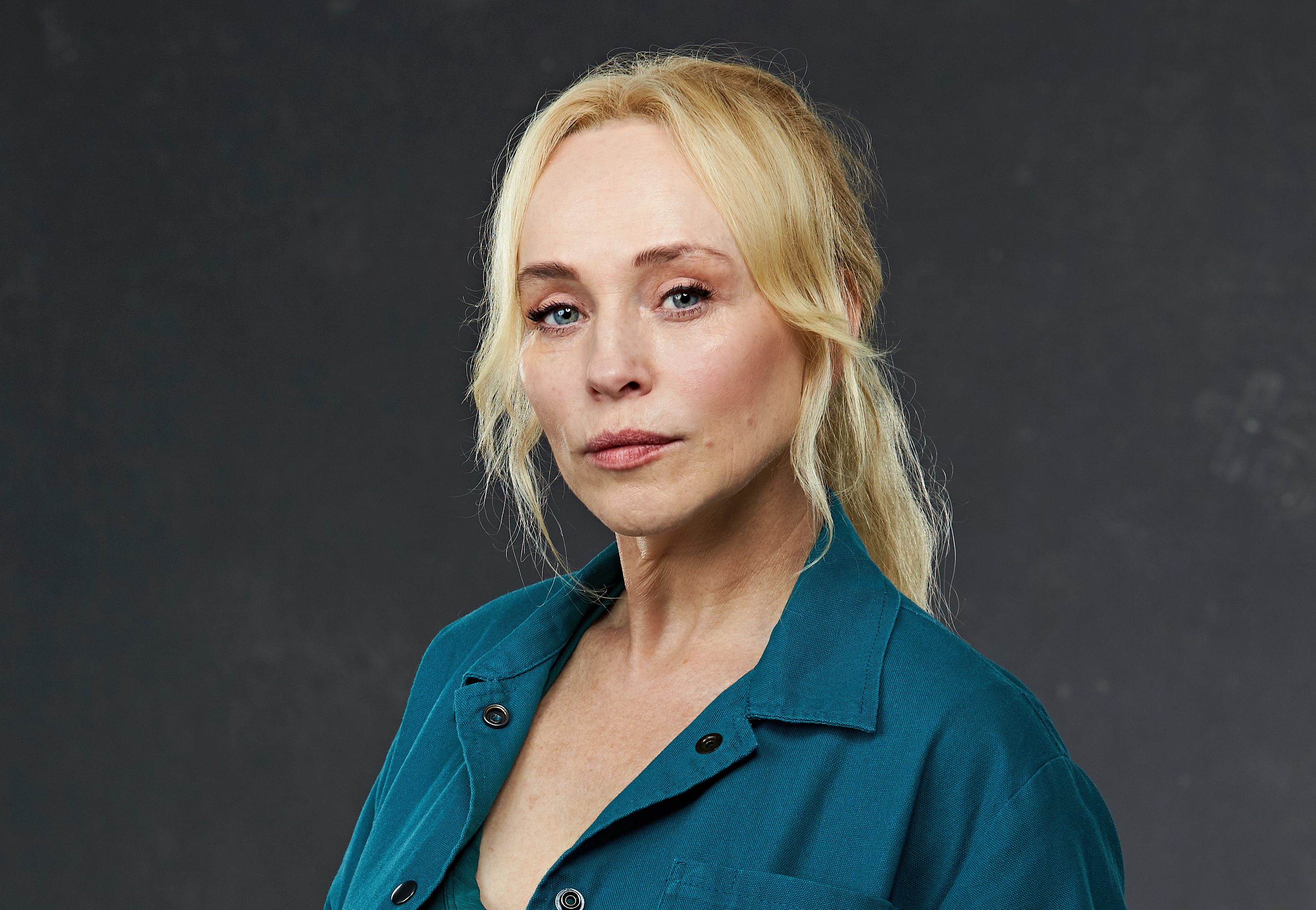 The original Marie Winter was all round loathed when she made her debut in Wentworth all that time ago. And yet, fans have started to feel complex feelings for the ruthless yet human character as the show has explored her vulnerabilities and her need to be a mother figure.

Marie wanted to engineer the death of Lou so she could protect Allie and Reb but now that Reb has ended up dead, she is in shock and grief.

And actress Susie Porter joined Metro.co.uk to discuss the exploration of a potential redemption for her complicated alter ego – as well as revealing a surprising new bond after Reb’s death.

Marie has gone through a lot of changes – have you enjoyed building that progression?

I’ve loved it – for the four seasons I’ve been a part of it. She’s such a complex character. For two seasons it was her building up to being top dog and then the next two seasons were so different. Absolute fall from grace, and it was funny filming that, because when you’re top dog it rubs off on your real life – not that I walk around like a top dog! – but you feel confident, and this strange sense of power. But then when she was the most hated prisoner, and thrown on the ground, food spat at and waterboarded, it’s amazing how that affects you. I found myself walking along the street looking towards the ground and my shoulders were slumped.

It was this weird thing that happened – a loss of power and a journey to redemption. It was difficult filming the last little while, I found that very difficult, but also really rewarding as an actor. And we all get on really well and have a great time together. I’ve loved that redemptive arc, and hopefully when you see at the end that there is this really great journey that she goes on.

Do you think fans reaction has changed towards Marie over the course of the seasons?

Yes they have, but it’s funny because you always have the fans that love the characters even if they’re villains. She had some fans there, like Pamela and the freak – the freak has so many fans and is so adored. I think the important thing for me and the writers is to show the humility and humanity of the characters, really. Marie has been a survivor. She had a whole back story that was never shown, She lived on the street and built her way up, so of course she was going to react like that. Psychologically, she was always going to survive and win. But at the end I think it’s about human relationships and connections with others that she realises is important, and probably would love nothing more than to be with H1 family, but she didn’t realise that at the time.Jail taught her so much about different relationships with people.

A lot of what Marie does is born of protection. When she attaches herself to someone, especially someone younger, she would do anything for them. Is this her main motive on trying to bring down Lou Kelly?

Absolutely. Marie’s idea is that Lou Kelly, it’s just going to end in tears with her.

I think it’s that thing of going: ‘That can’t happen to Reb. I’m in here for the rest of my life, but I can help Reb. And that she almost sees him as a son-like figure, and if he was under her care and attention he would flourish and leave prison and have the life he wanted. But with Lou it would end in tears!

In the UK this week we saw it went badly wrong. Reb ended up dead. How would you describe Marie’s feelings in finding out Reb is dead, and what will that do to Marie?

I think the death of Reb is the thing that changes her character. It changes her so much. The guilt, she would never get over. The shame, the regret, but I think that’s the catalyst in Marie going: “Well if I’m going to do sh*tty things, I’m going to do the for the right reasons.” Obviously the relationship with Lou develops a lot more through the episodes, but it’s just the worst thing to see Reb dead. Marie doesn’t really like herself much. It can’t get much worse!

Relationship with Lou. It takes an unexpected twist, they develop a bond because of their love for Reb. Was it interesting to play that out?

Yes, but I also think it’s part of Marie’s guilt as well. The absolute feelings of seeing Lou so devastated is just, you know. What else can she do but be there to support her?

Should fans expect this union to last?

Hmmmm… well you don’t want to give too much away! Look, it’ll all unfold. With a character like Lou Kelly who’s so explosive… that’s all I’ll say!

Should Marie be frightened of Lou?

I think definitely. I think being in prison is the ultimate survival game, and you do whatever you can to survive. And if Lou Kelly finds out certain things, you’d just run for the hills!

Are you happy with how Marie’s story ends?

Yes, very much. It’s on a redemptive arc, so it’s almost like she comes full circle, entering the prison as a certain type of woman, and is then changed as one can. I think thinking of others – the friendships and love of another human being – is more important to her. Coming in as a survivor, and ending up that she needs relationships with other people, and to be loyal and loving.

That’s a really good question! I reckon that I’m satisfied. It’s a great ensemble with a lot of different storylines, but as an actor to have had four seasons of a woman who comes in and really changes towards the end. Yet I get to poison and kill and do all sorts of things, and have affairs! That was sad, there was a real love between her and Will. And there was a real love between Marie and Allie as well. But she really goes through everything, I wouldn’t change a thing, actually – I’m really glad with how it’s panned out.

Is it weird to be talking about Wentworth now when you wrapped filming so long ago?

In some ways, but it was a really intensive time with Covid, so I remember it like it was yesterday! We’ve been doing a lot of publicity over the last couple of weeks, so I’ve talked a lot about it and it’s brought back a whole lot of memories. We all feel very grateful to have been a part of it. I loved the original Prisoner when I was growing up, me and my little sister were obsessed with it. So, for me to have grown up as an actor and to have been a part of it.  I’m really thrilled that I’ve been a part of the TV journey.

Do you have any other projects lined up?

After I wrapped Wentworth I did a movie in the desert called Gold with Zac Efron, and that’s a kind of post-apocalyptic thriller with a feminist twist. That was a really interesting project.

I go to Queensland tomorrow to do a show called Irreverent which is about a Chicago guy who is in the mob who kills another guy in the mob’s son so he gets sent to Australia, so he then steals a priest’s identity. So he turns up to this weird town in Australia as a priest, but really he’s a mobster.

As soon as I read the premise I thought: “I don’t care who I play!”. I play this woman who’s a barramundi farmer, and she sells illegal tobacco, and I just thought when I read that, I’ll do it!