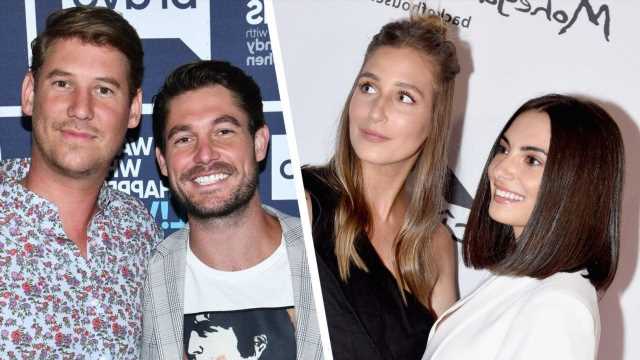 Some of your favorite Bravolebrties are moving to a colder climate. On Thursday, Bravo released the first look at Winter House, its upcoming series that will see stars of Summer House and Southern Charm leave their warm settings — The Hamptons and Charleston, South Carolina, respectively — for an adventure in Stowe, Vermont.

In the clip, the group screams as they sport a mix of viking gear and crop tops, as they fall into the snow while trying to win the game.

“𝕎𝕀ℕ𝕋𝔼ℝ 𝕀𝕊 ℂ𝕆𝕄𝕀ℕ𝔾,” Bravo captioned the clip. “Get ready to see your #SouthernCharm & #SummerHouse worlds collide! Who else is 𝓼𝓷𝓸𝔀 excited for this?”

ET first reported the ski chalet-set series was in the works in February. Southern Charm wrapped its seventh season in February, while the two-part Summer House season 5 reunion kicks off on Thursday, April 29.