WandaVision is soon to hit small screens, and is the first of the new spate of Marvel series to do so. The trailers are intriguing, and give an insight into the slightly odd world this show will occupy. It looks as though there will be time travel and multiverses galore – but where will it fit in the MCU?

Where will WandaVision fit in the MCU timeline?

At present, it is not clear exactly where the series will fit with regards the other movies.

In the trailer, Scarlet Witch (played by Elizabeth Olsen) and Vision (Paul Bettany) feature in an American domestic sitcom world.

However, this sitcom seems to move through time, with the couple riding bicycles in the 1960s while also doing dishes in their 1940s home, and chatting in workout gear from the 1980s.

READ MORE:  Is Michael Jackson the best selling artist of all time? ‘Overtaken’ 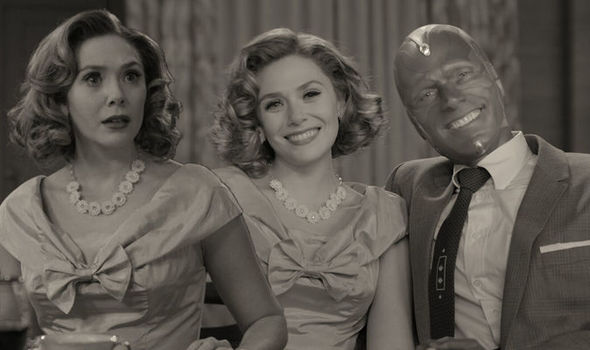 As a result, given the first film chronologically in the MCU is set during the Second World War in Captain America: The First Avenger, it could be some of the show sits after this, and before Captain Marvel, which takes place in the 1990s.

However, that may not be particularly likely, as Vision exists as he is.

However, in Avengers: Age of Ultron, when Scarlet Witch arrives on the scene, they see Ultron is trying to take over and so upload J.A.R.V.I.S. into the Ultron’s body upgrade, made using the Mind Stone. 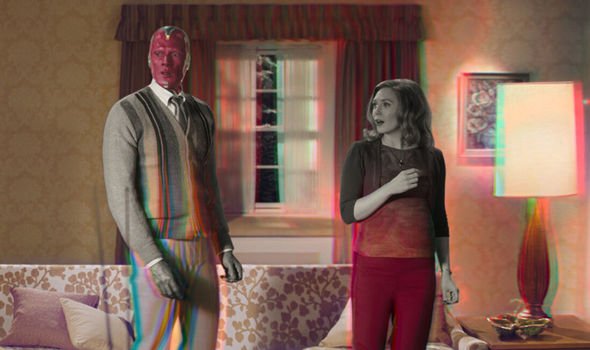 The Mind Stone makes him almost a celestial body, and he sides with The Avengers to defeat Ultron, and ultimately joins the team.

As a result of this, WandaVision cannot take place before this event has happened, as Vision as we know him was not in existence.

It has been widely accepted the events of WandaVision are set after Avengers: Endgame, with all of the movies in Phase Four except Black Widow being set in this way.

Black Widow is, instead, set after the events of Captain America: Civil War. 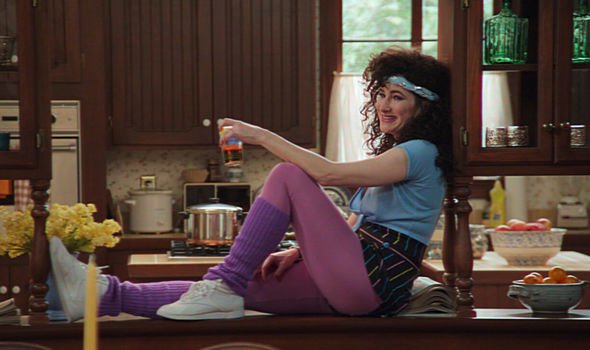 While WandaVision is believed to be set after Avengers: Endgame there is yet another spanner in the world: Vision was killed by Thanos in Avengers: Infinity War.

Therefore, given the scrambled nature of the timeline, a theory has been passed around fans, which is backed up by the trailer.

In the trailer, near the end, Wanda and Vision are concerned by what is going on in their domestic bliss, with some strange characters moving through time with them, and items in their home moving decades in an unexpected manner.

At the end of the trailer, a voice is heard calling to Wanda, asking if she can ‘read’ them. 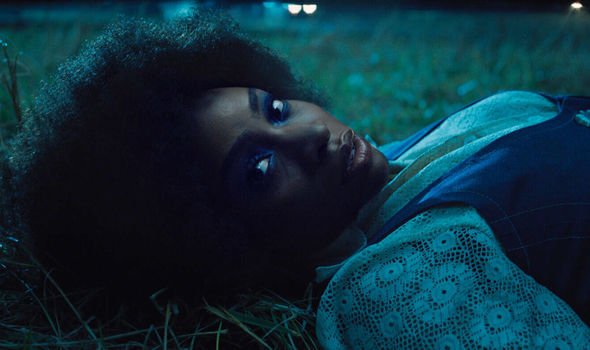 As a result, it has been mooted Wanda has created a multiverse, or at least another version of reality in which she and Vision, who is dead, can be together as normal humans.

This could mean she, in reality, is holed up in her home in a trance or state of unrest, and those around her in her invented reality are versions of people in real life, trying to coax her back to them.

We know Darcy Lewis, who worked with Jane Foster, and FBI agent Randall Park are both featured in the show, meaning they could be trying to work out where Wanda is, both mentally and physically.

As well as this, Monica Rambeau features in the show, the daughter of Captain Marvel’s friend Maria Rambeau, who was an Air Force pilot with Carol Danvers in the 1990s.

Monica is played by Teyonah Parris in the series, showing how the little girl from Captain Marvel has all grown up, further suggesting WandaVision is set post-Endgame.

WandaVision is expected to end with Scarlet Witch walking straight into Doctor Strange in the Multiverse of Madness, meaning wherever the show may take fans, it will end in a place which follows the timeline perfectly.

While timelines are pretty confusing when it comes to WandaVision, it will definitely challenge fans in a way unlike the MCU has ever done before.

WandaVision will arrive on Disney Plus on January 15