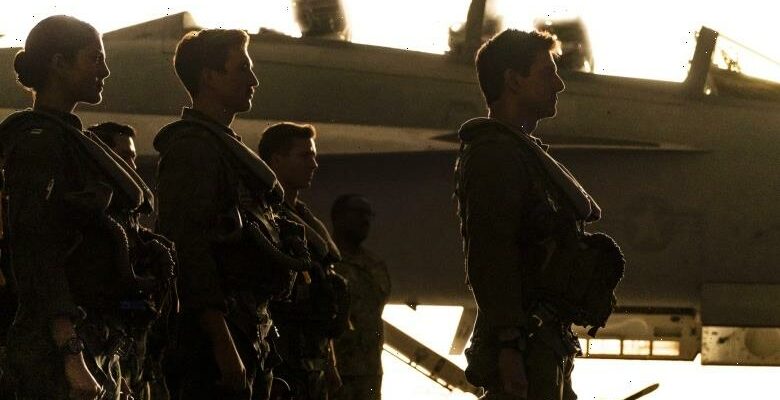 Of course, “Top Gun: Maverick” (Paramount/$19.99) is the #1 film on all VOD charts its first week and probably will be for a good while — but it wasn’t the only success. As theatrical attendance hit new lows with no new product and aging summer hits, this might have been the biggest revenue weekend ever for home viewing platforms.

The VOD sites are now benefiting from the theatrical play summer hits including “Maverick,” “Nope” (Universal/$19.99), and “DC League of Super-Pets” (WBD). among debuting releases — none of which are available on the studios’ streaming sites. Meanwhile, Netflix seems to be counter-programming with a heavily original lineup that includes titles that may have once been intended for theaters.

“Easter Sunday” (Universal $19.99) rounds out the new releases placing this week (though only on Vudu, which ranks by revenue). Higher-price titles dominated the charts, taking 25 of 30 possible slots. The handful of lower-cost entries included  A24’s “Everything Everywhere All at Once” and Lionsgate’s “The Unbearable Weight of Massive Talent,” as well as a single placement for the Tom Cruise’s 2004 “Minority Report” (originally a Fox release, now owned by Disney).

For the first time perhaps ever, all 10 films listed by Vudu are $19.99. That suggests a major uptick in home viewing. Theaters are suffering, but with PVOD performance like this studios may be making up the difference. Joining “Maverick,” “Nope,” and “DC League” on all three charts are “Elvis” (WBD), “Minions: The Rise of Gru” (Universal), and “Jurassic World: Dominion” (Universal), though all are lower than previous weeks. Google Play continues to chart the original and extender versions of “Dominion” separately, which other charts combine.

Netflix has four new original titles. “Me Time,” starring Kevin Hart and Mark Wahlberg as well as Regina Hall, is #1. Directed by John Hamburg (“Little Fockers,” “I Love You, Man”), two-long time buddies connect when one of them has a free (and wild) weekend away from his wife and family.

Other new films again show Netflix’s diversity. Its #2 title is documentary “Running with the Devil: The Wild World of John McAfee.” “Loving Adults,” a Danish crime thriller is #4. “That’s Amor,” a Los Angeles-set rom-com, is #9. Previous #1 originals like “Look Both Ways” (#3), “Day Shift (#5), and “The Gray Man” (#10) suggest its investment in originals attracts many viewers for a sustained period.

One that didn’t work out so well is “The Next 365 Days,” which dropped off the top 10 after a week, despite the huge success of the franchise’s first two entries.

iTunes and Google Play rank films daily by number of transactions. These are the listings for August 29. Distributors listed are current rights owners. Prices for all titles are for rental.

Most viewed, current ranking on Netflix’s daily chart on Monday, August 29. Originals include both Netflix-produced and -acquired titles it initially presents in the U.S. Netflix publishes its own weekly top 10 on Tuesdays based on time viewed.

2. Running with the Devil: The Wild World of John McAfee (2022 Netflix original documentary)