Chatting with her co-star Martin Henderson during a live autograph signing event posted to the Jack Sheridan actor’s Instagram page, the actress revealed that she had to leave the B&B she was staying at due to a burst pipe.

“I went to visit my family and I told the owner of the B&B that I was leaving and when I came back she failed to mention the fact that a pipe had burst in the house,” the 40-year-old explained.

“When I got out of my Uber, there was a giant hole with caution tape around it in the front yard. I walked over to the house and I’m like, ‘Oh my god, what’s going on?‘ and all the doors were unlocked and the stuff had been moved around. There were dehumidifiers all over the place and clearly, they’d been draining through the washroom with tubing and I called [the owner] and said, ‘What’s going on?’

To make matters worse, Alexandra had several days of very early starts ahead of her when the burst happened. “We were doing this really heavy episode that week and I had to be up at 4 am consecutively for the next four days and I had to go live in a hotel,” she explained. “Gosh, that was really hard. That was really difficult.” 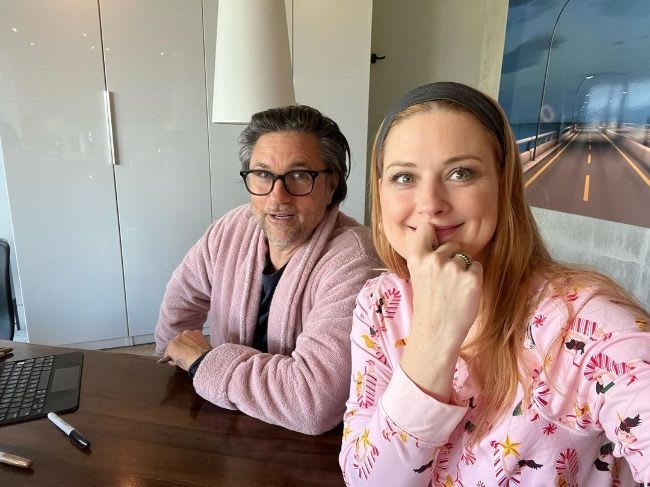 Martin and Alexandra hosted a live autograph signing on Saturday

Martin added: “Yeah, you had the worst luck.”

This wasn’t the only problem Alexandra faced behind the scenes of season five. At the end of July, the Mel Monroe actress took to Instagram to reveal that her family’s suitcases were stolen from the airport in Vancouver, Canada.

Alexandra’s husband, Casey Hooper, and their two children, Jack, five, and Billie, four, had flown over to Vancouver from Atlanta to visit the star during filming. Making a plea to the local police, she said: “I was just wondering if somebody from the Coquitlam police department might be able to help my family out. My husband Casey Hooper has been in contact with you guys. 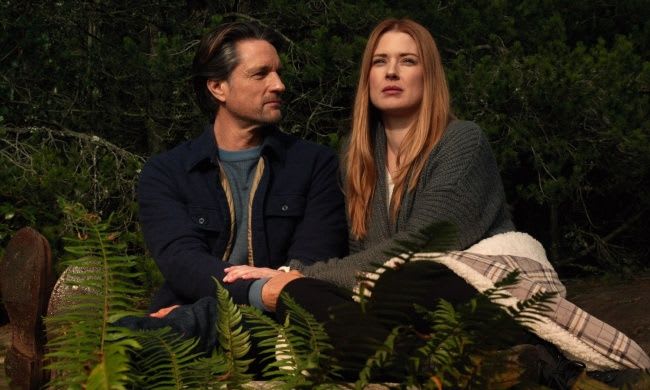 Martin and Alexandra star as Jack and Mel in the series

Luckily, the police found the suitcases after tracking the AirTags attached to the luggage. The relieved mother-of-two told her followers: “The most important part of this story and saga of the stolen luggage is, get to baggage claim as soon as you can, get an AirTag. Apparently, this is the first case they’ve had where they’ve been able to have a warrant issued by using an Airtag as evidence for the location.”