Two Bachelorette contestants have found love without the help of reality television and scheming producers.

John Graham from Becca Kufrin’s season and Derek Peth from JoJo Fletcher’s season have both popped the question to their girlfriends.

Interestingly, both of them were also on Bachelor In Paradise to search for love.

The two shared their proposals on social media around the same time but didn’t mention anything about each other’s respective engagements.

John Graham, also known as Venmo John on The Bachelorette and Bachelor In Paradise, shared a lengthy post on Instagram.

He proposed to his girlfriend Brittni, also known as @bee_nowell on Instagram. He tagged himself as being along the Sonoma Coast at the time of the proposal.

“I proposed along the Sonoma Coast. I was so nervous when I got down on one knee. I’m pretty sure I blacked out in the moment, but then she pulled me up and wouldn’t let go of me. Don’t ever let me go,” he wrote in the caption. 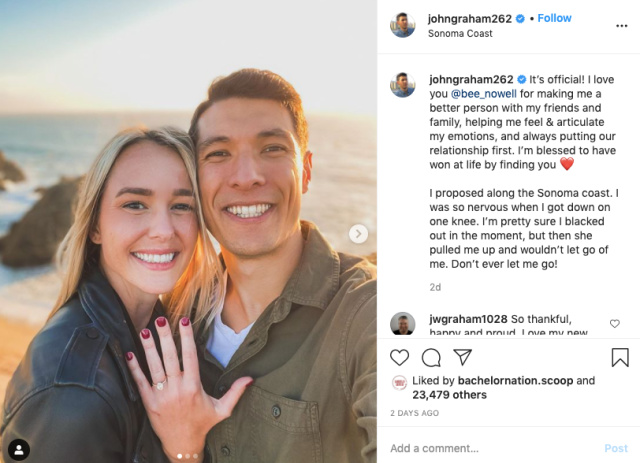 He added that Brittni had made him a better person and he thanked her for feeling and articulating his feelings and always putting their relationship first.

Derek Peth didn’t share his engagement the same way. In fact, he briefly shared the engagement on his Instagram Story, which expired after 24 hours.

The picture below is what he shared. 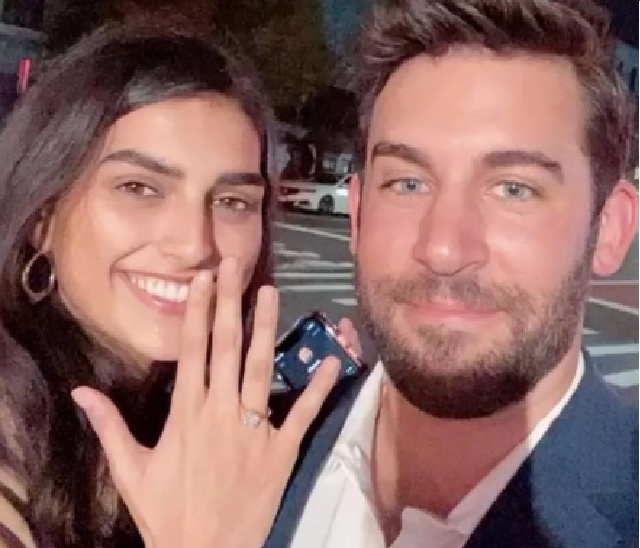 Both Bachelorette stars tried to find love on Bachelor In Paradise

Derek denied these allegations and it’s possible that John was flipping out over Derek because he was getting close with Tayshia Adams. Tayshia and John ended up dating shortly after the show ended, but broke up a few months later.