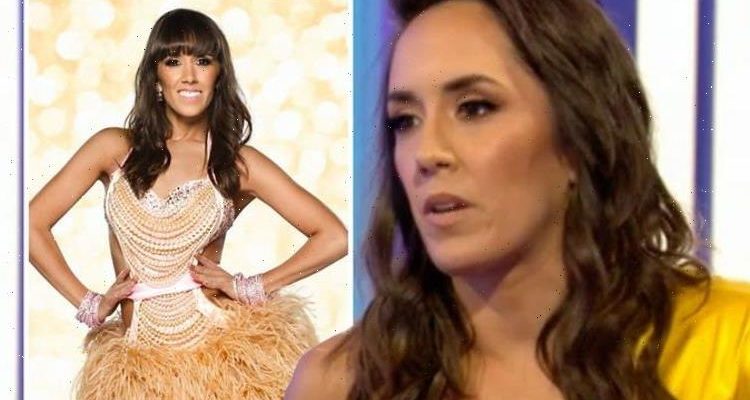 Janette Manrara announced as the new It Takes Two host

Janette, 37, has been a professional dancer on Strictly Come Dancing since 2013 and in the past seven years, she has done extremely well in the competition. However, after seven years, she is stepping down from her role as a professional dancer on the BBC show to become the new host of spin-off programme, It Takes Two. During her appearance on The One Show, the television presenter addressed how she felt about leaving the cast.

Speaking about replacing Zoe Ball, 50, Janette said: “One of my favourites parts of doing Strictly was always to sit down on that couch and just chat away.

“That was fun and I remember meeting Zoe and thinking, ‘This is the coolest job ever. You get to sit down and talk about dancing and make people feel good’.

“I did say, ‘One day I would love to do that’, and here we are,” she added, telling viewers she would be sharing duties with Rylan Clark-Neal, 32.

Going on to discuss her exit from the dance floor, she explained with an emotional tone in her voice: “I will not be dancing.

“I don’t want to well up because I’ve been welling up a lot today but that has been the hardest part of accepting this amazing honour.” 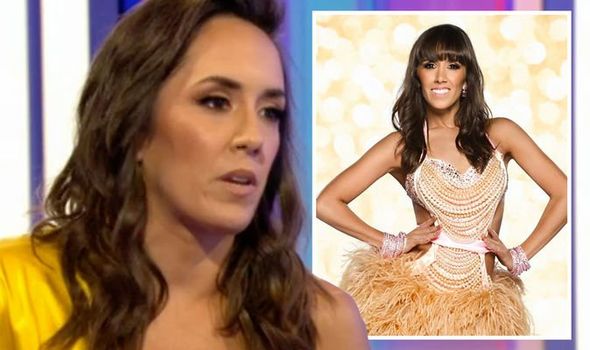 “I will not be on that legendary Strictly dance floor anymore but I feel this is the most beautiful and natural progression,” she continued.

“I’m still a part of the Strictly family and I’m still going to be seeing my fellow professionals all the time.

In a statement released by the BBC on Thursday evening, the professional dancer spoke a little more about replacing Zoe.

I will not be dancing

Janette said: “It’s a dream come true to become part of the It Takes Two team!

“Although it’s impossible to fill in the shoes of a legend like Zoe Ball, I hope to make her and all of the Strictly fans proud.

“I will miss dancing on that iconic dance floor weekly, but forever grateful to continue being a part of the Strictly Come Dancing family!”

Executive producer of the spin-off show, Eve Winstanley, added: “We are so excited that Janette will be Cha Cha Cha-ing her way into the It Takes Two family.

“Her love and passion for all things dance will bring something new and fresh to the show,” the show boss said.

Commissioning Editor for BBC Daytime and Early Peak, Alex McLeod, said: “We know that our viewers are avid fans of Strictly and cannot get enough expert advice, backstage gossip and dancing tips and tricks.

“I can’t think of anyone better than Janette to do this. I am so excited that she is joining our It Takes Two family.”

It has not yet been announced if someone will be coming in to take Janette’s place or if a member of the current line-up, like last year’s reserve dancer Nancy Xu, 29, will fill in for her.

Taking to Twitter, viewers and fans have been sharing their delight at the news of Janette’s new role within Strictly.

One wrote: “Sooooooo excited that the gorgeous @JManrara will be the new host of #ItTakesTwo! She will be amazing in every way.

“I know she’s been wanting to peruse a career in presenting, so this is her dream!! Go Janette!” they continued.

Another avid viewer and fan posted: “No idea how excited I am for Janette on It Takes Two. I absolutely love her.”

Whilst a third remarked: “The best decision ever! I love Zoe but Janette will make the show her own. She is warm, funny and an amazing dancer! Hopefully, we will still be treated to some of Janette’s amazing moves even though she won’t be competing”

Strictly Come Dancing returns later this year on BBC One. The One Show airs weeknights at 7pm on BBC One.