Sarah Goldfinger joins series as showrunner for Season 2, which will launch in 2020 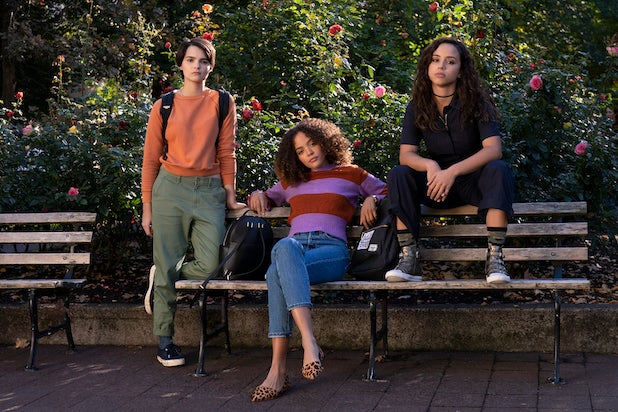 “Trinkets” has been renewed for a second and final season at Netflix, the streaming service said on Monday.

Sarah Goldfinger is joining the series as showrunner for Season 2, which will consist of 10 episodes and launches in 2020.

When three teenage girls from different corners of the high school cafeteria find themselves in the same mandated Shoplifter’s Anonymous meeting, an unlikely friendship forms. Elodie (Brianna Hildebrand, “Deadpool”) — the grieving misfit, Moe (Kiana Madeira, “The Flash”) — the mysterious outsider, and Tabitha (Quintessa Swindell, “Euphoria”) — the imperfect picture of perfection, will find strength in each other as they negotiate the complicated dilemma of trying to fit in while longing to break out.

“Trinkets” is based on the young adult novel by Kirsten “Kiwi” Smith, who serves as a writer and executive producer along with Amy Andelson, Emily Meyer and new showrunner Goldfinger. Other executive producers include Shelley Zimmerman, Brin Lukens, and Rebecca Glashow

The show hails from AwesomenessTV.