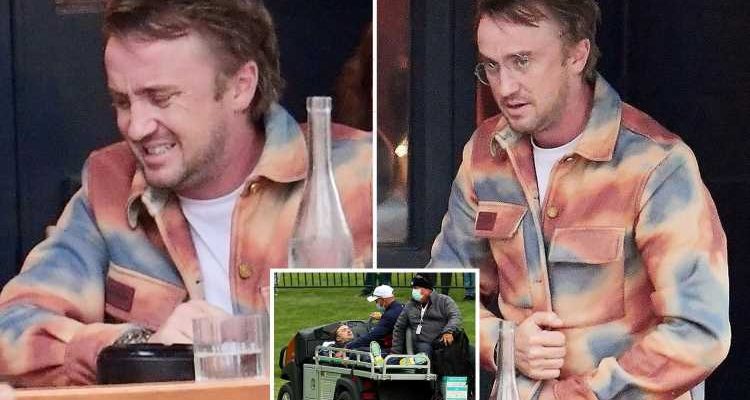 HARRY Potter star Tom Felton has been spotted for the first time since he collapsed on a golf course.

The 34-year-old star, famous for playing villainous schoolboy Draco Malfoy in Harry Potter, alarmed many when he was stretchered off the Ryder Cup golf course in the US after suddenly falling ill. 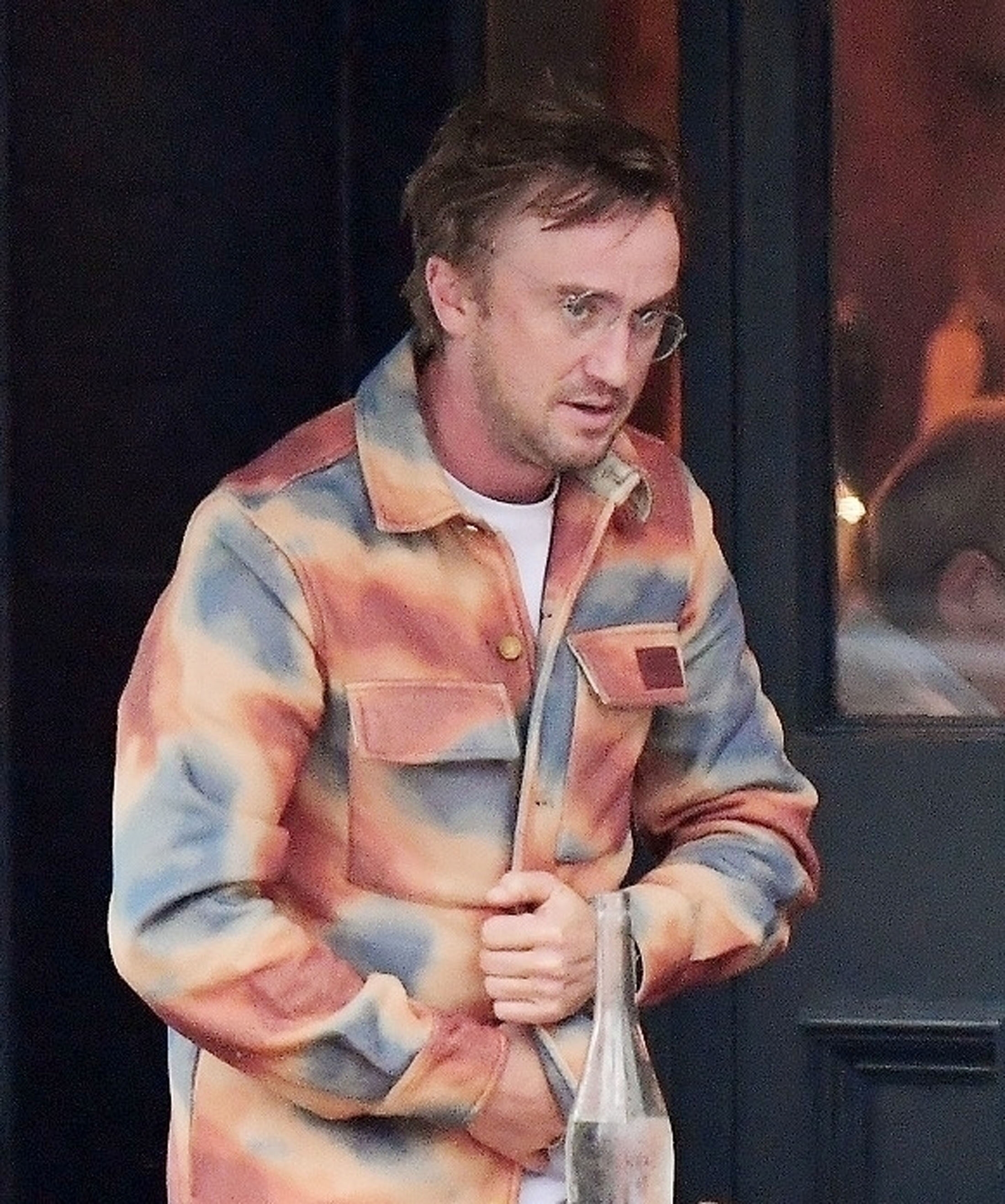 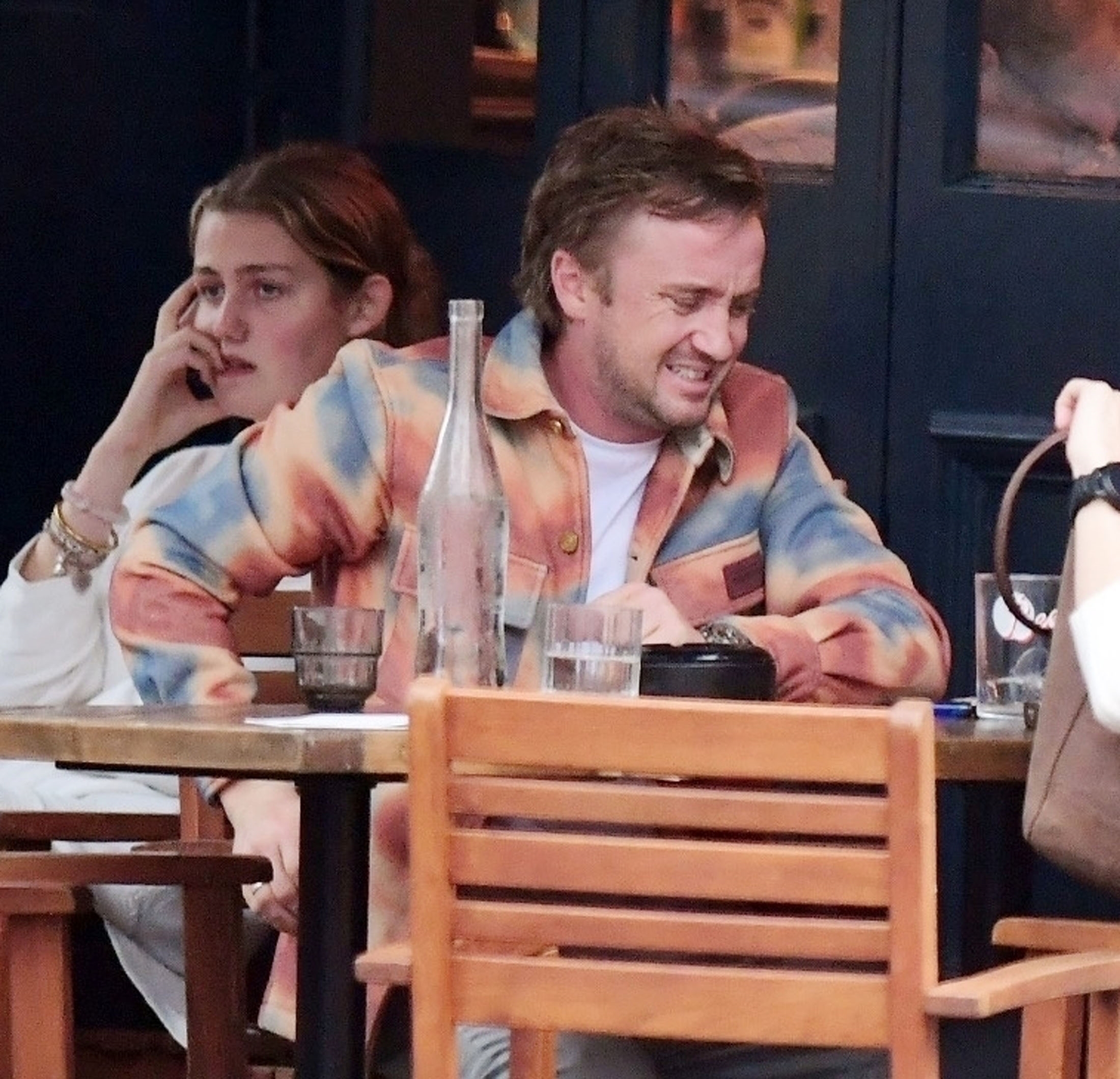 Today Tom still looked under the weather as he headed out to lunch with a pal and grimaced as he sat down at his table.

The actor wrapped up against London's autumn chill in a colourful tie-dyed jacket paired with a white T-shirt and chinos.

Just weeks ago Tom collapsed at the 18th hole while playing in a celebrity match.

He was carried onto a stretcher attached to the back of a buggy and driven off for medical attention.

The image quickly did the rounds on Twitter with several accounts dedicated to the popular actor spreading the news.

Tom was competing for Europe in the six a side Ryder Cup Celebrity Match, which is now a traditional curtain-raiser for the real thing.

Spectators gave the actor a warm round of applause as he headed off to receive further treatment.

I am on the mend officially, in case you were worried

The 34-year-old appeared via Instagram to thank everyone for their well wishes, admitting it was a “scary episode”.

He said: “Hello everyone, ladies and gentlemen, boys and girls, just wanted to say a huge thank you for all the lovely well wishes as of recent… yeah, bit of a scary episode really.

“But on the mend, people have been taking really good care of me so thank you very much to anyone who has sent messages of get well soon, because I am on the mend officially, in case you were worried.”

Tom added: “Thank you so much for your help, I’m on the road to recovery. Time to go watch some Ryder Cup action.”

Tom landed the hit role as the Harry Potter baddie at just 14 years old – catapulting him to global stardom and gaining him an army of fans.

As the actor celebrated turning 34 in September, he told fans: "The best is yet to come." 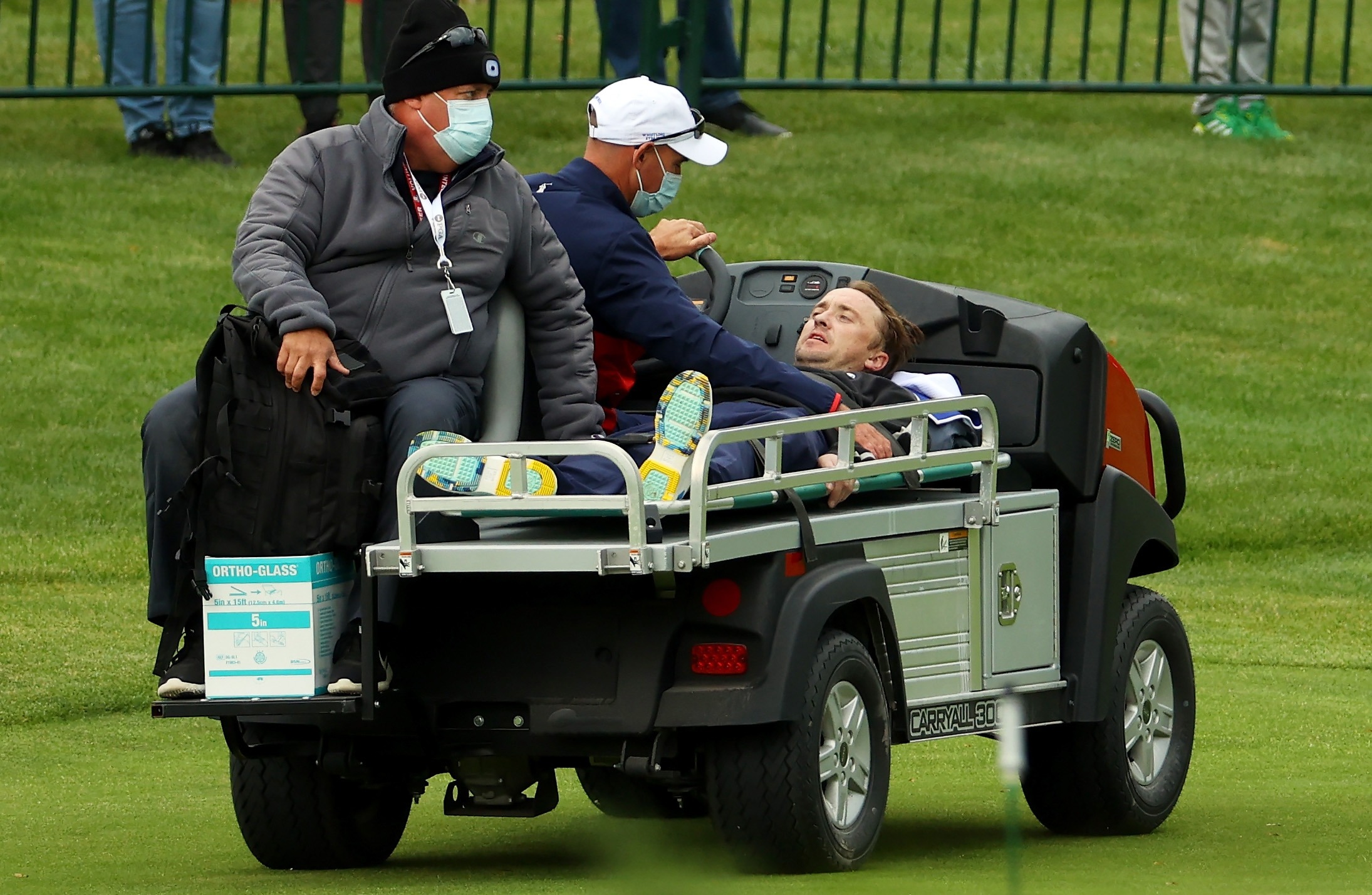 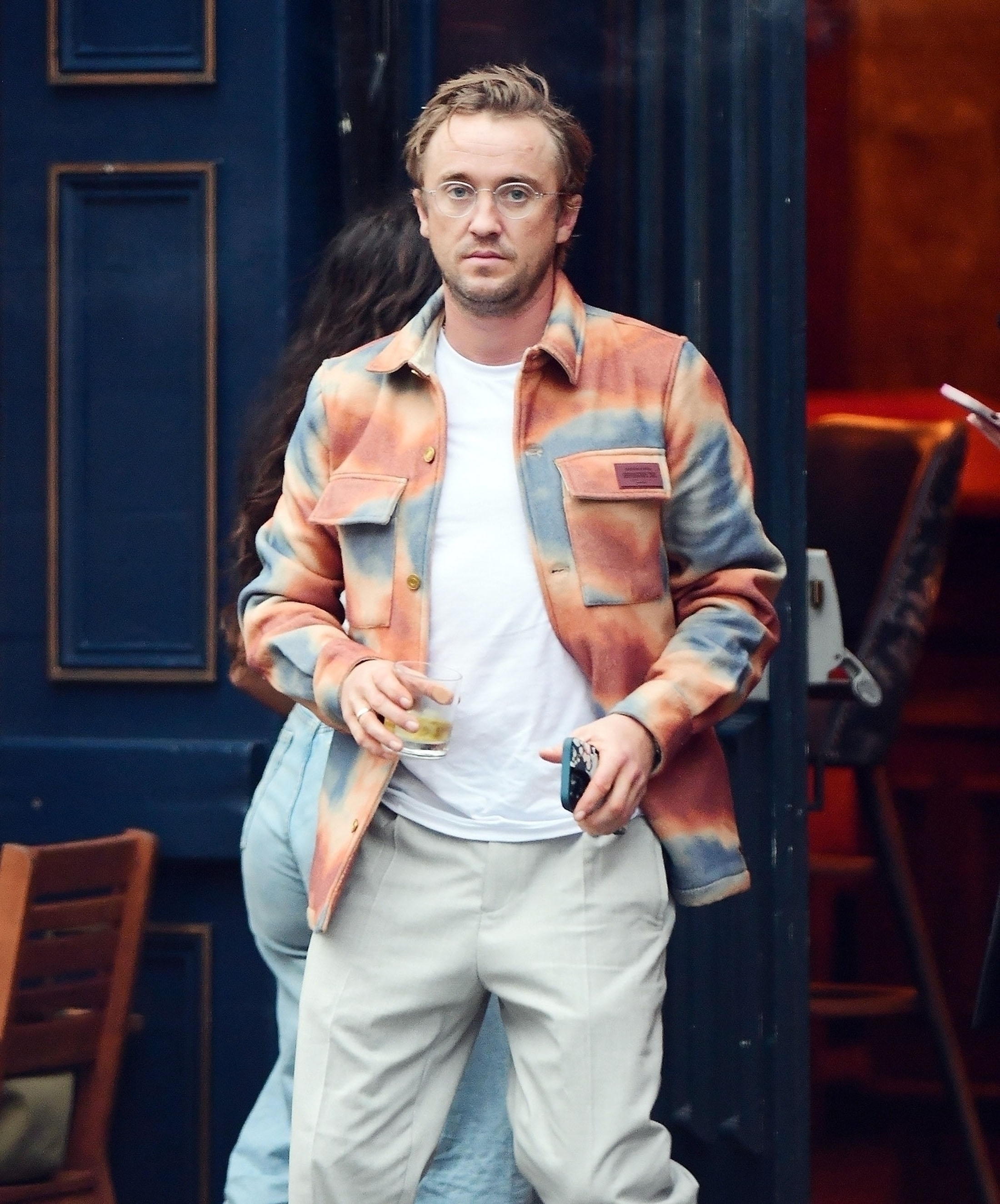