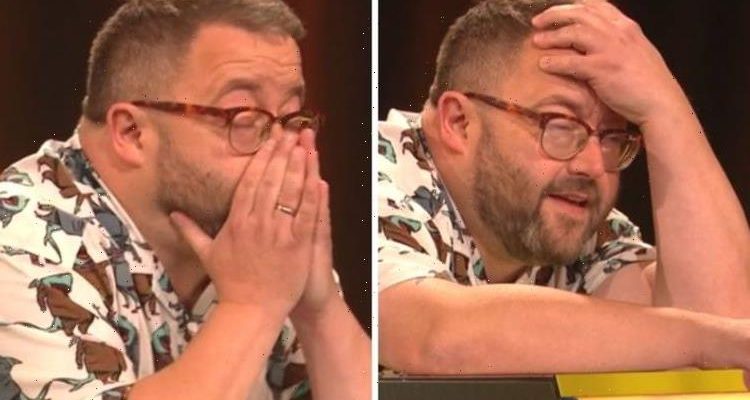 On Friday’s Tipping Point, Ben Shephard welcomed four contestants to show who were all hoping to win some life-changing cash. Elizabeth, Ali, Abi and Dave took it in turns as they each took on the Tipping Point machine. However, as the episode came to a close, some viewers were left unimpressed after finalist Dave rejected Ben’s trade offer for three final counters to try and knock off the elusive £10,000 jackpot counter.

In the first round, civil servant Dave stormed into the lead bagging himself £1,150.

However, poor Elizabeth didn’t manage to bank any money and was the first player to be sent home.

The second person to be sent home was Abi, leaving Dave and Ali to battle it out for a place in the final round.

However, Ali was no match for Dave who had luck on his side with the Tipping Point machine.

The final round was very touch-and-go for Dave as he almost managed to knock the £10,000 jackpot counter down.

“Dave, we are out of questions and categories, but it is not over.”

However, the jackpot counter was left teetering on the edge of the bottom shelf, with only a slight nudge seeming like it’d be enough to topple it.

Before he made his decision, Dave told Ben: “The thing that is really going to annoy me is, you’re going to say, ‘Well let’s have a look at what is going to happen’.

“And the first time it goes down, it’s going to drop it.

“Or it could go the other way, it could not.”

Shutting down Ben’s trade, Dave insisted: “No I have made up my mind Ben. I am going to stick with what I have got.”

Dave’s worst fears were soon met when, indeed, the jackpot fell off the bottom shelf with the very first trade counter after Ben made him play out the scenario despite rejecting the offer.

Baffled viewers took to social media following the programme to air their frustrations about Dave’s choice to take the money he had won.

“Dave you t** how could you not take the trade?” Pom tweeted.

Liz said: “What an idiot Dave was… that was nailed on.”

“Of course he should have traded!! #tippingpoint,” Kirsty pointed out.