Fresh off his role as Mr. Wilford in TNT’s post-apocalyptic drama Snowpiercer, Sean Bean is spending time behind bars in Time, an upcoming prison drama written by Jimmy McGovern (Cracker, Broken). And only ET has the exclusive first look at the BritBox original series.

In this powerful depiction of prison life in the United Kingdom, Bean plays Mark Cobden, a husband and father who makes a horrible mistake that leads to the death of an innocent man and is sentenced to four years. While tortured by his past, the former teacher becomes an easy target among the other convicts in the understaffed prison brimming with tension.

While serving out his sentence, Cobden meets Eric McNally (Stephen Graham of HBO’s Boardwalk Empire and The Irishman), a prison officer dedicated to the cause and doing his best to keep things in order. However, his trust is used against him when an inmate threatens to hurt someone in his family. 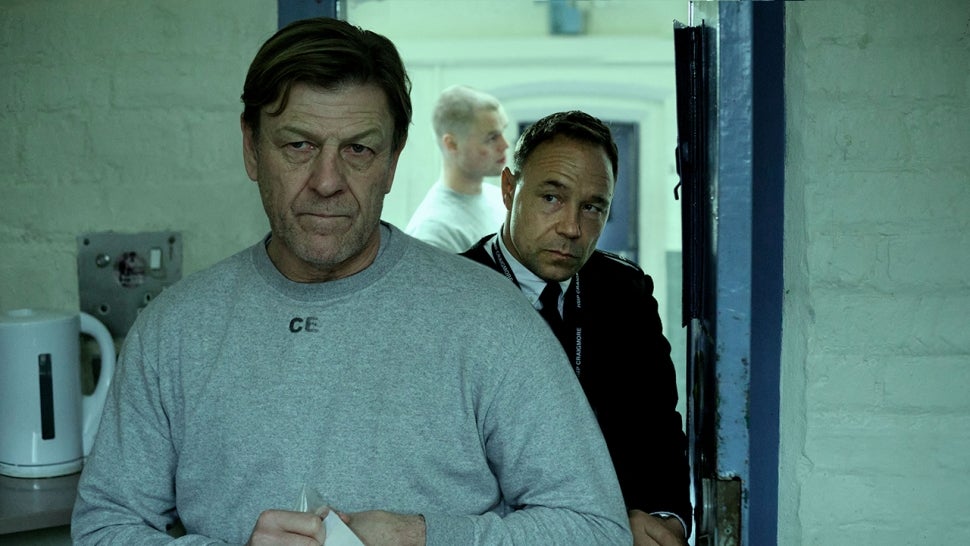 Debuting in August, the three-part series is a stunning showcase of the two beloved British actors’ talents and earned high praise when it first debuted on BBC One. In addition to Bean and Graham, the cast also includes Downton Abbey and Happy Valley star Siobhan Finneran.