SPOILER ALERT: This story contains details from the Season 5 finale of 20th Television and NBC’s This Is Us.

This Is Us creator Dan Fogelman has “surprises and turns” in store for his acclaimed drama’s sixth and final season, which will apparently look to the future more than ever before.

Fogelman has spoken lately about the fact that Season 6 will leave no stone unturned. And while there are a startling number of characters, storylines and time periods to reckon with in the final go-round, he has promised fans resolution.

In conversation with Deadline last night, prior to a Rose Bowl screening of the Season 5 finale, Fogelman addressed a theory about a possible Rebecca (Mandy Moore)-Nicky (Griffin Dunne) relationship, the MIAs in the flash-forward scene at Kevin’s house, the prospect of seeing more grown-up versions of The Big Three’s children, and the (unlikely) prospect that even more time periods will come into Season 6. 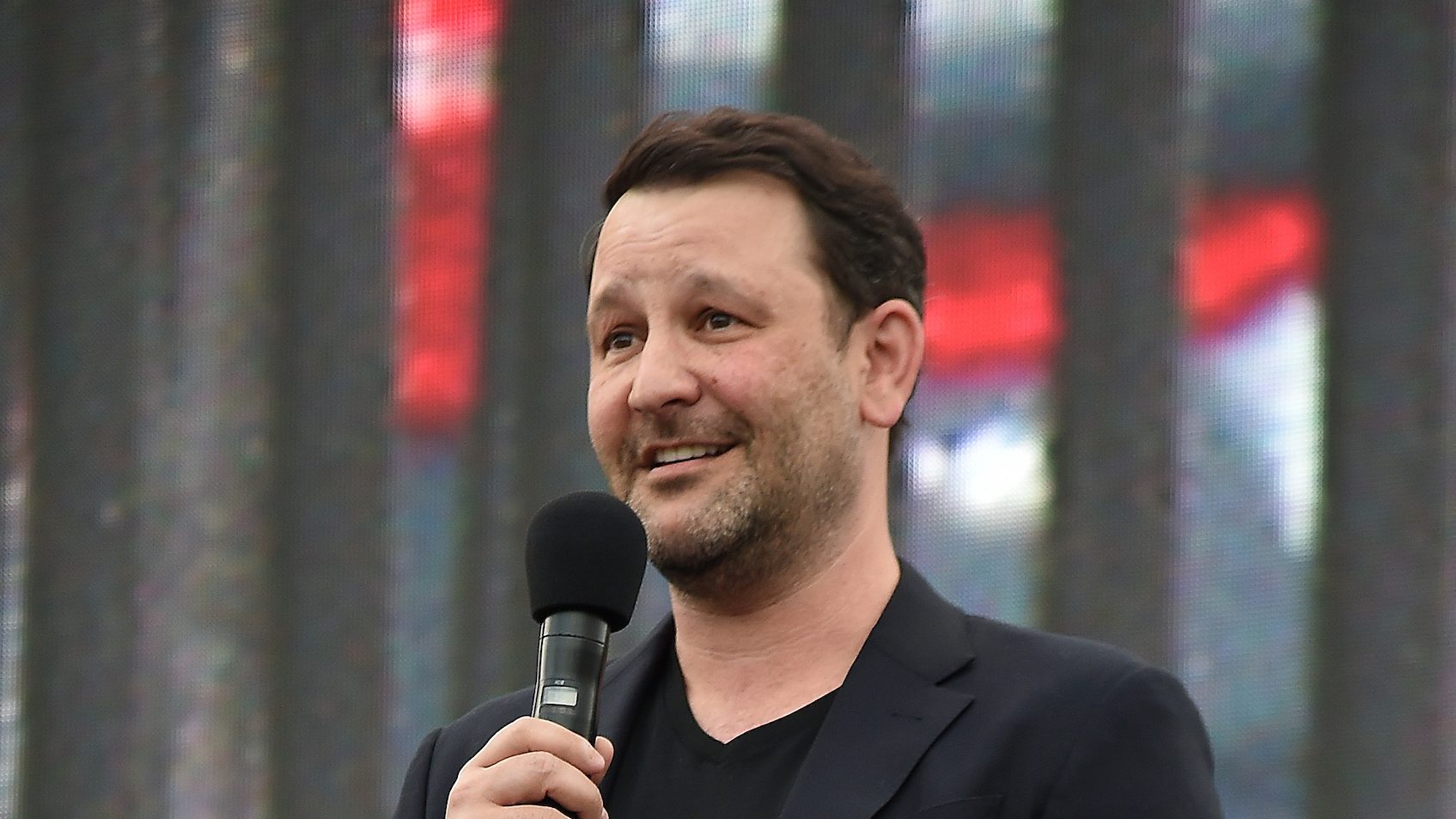 He also discussed Kevin’s (Justin Hartley) romantic life, the possibility that he still might end up with Madison (Caitlin Thompson) and continue to reconnect with his exes, and—given an intriguing headline in the Season 5 finale—who will wind up being the bigger star in the end, between Kevin and his brother Randall (Sterling K. Brown).

DEADLINE: Nicky refers to “my wife” in the Season 5 finale flash-forward. He also recently googled the one woman he says he loved. Will they reconnect? Or is there any credibility to a fan theory that he’s married to Rebecca in the end, given that we see him at her bedside in the final flash-forward?

DAN FOGELMAN: Listen, I think anything’s on the table with this show. I mean, there’s a fan theory for everything at this point. Jack’s brother winding up with his wife, after his best friend wound up with his wife, feels a little far-fetched to me as the writer. [But] that’s not to say it couldn’t happen or wouldn’t happen.

DEADLINE: You’ve said that Rebecca and Miguel’s story will be front and center in the final season. Have you condensed that because of Mandy’s pregnancy or was the final season always going to be about them?

FOGELMAN: No, we didn’t change a lot. We had a little bit more setup that was in store for the Miguel and Rebecca [storyline] that was pushed into Season 6, a little bit because of the pregnancy. But for the most part, it was going to be a big Season 6 story for us always, or last season story, getting inside of that relationship, how they came together, then how they separated, then how they found their way back to each other. We’ve only seen it in brief in like the second season of the show, so this is a real opportunity for us to explore new territory at the very end of our show.

In terms of Mandy’s pregnancy, I mean, Mandy shot right until she gave birth and picked up shooting pretty soon after. So basically, all we had to do to accommodate her pregnancy was just kind of rework stories that already existed a little, with a little less Rebecca, for those couple of episodes. But all things being equal, we could have not had a lot of Rebecca at all in the season, and because Mandy just had a pregnancy and was willing to go to work, and stay at work, and come back quickly, it didn’t really affect our plan too badly.

DEADLINE: Will we flash forward in Season 6 to see The Big Three’s children as adults? 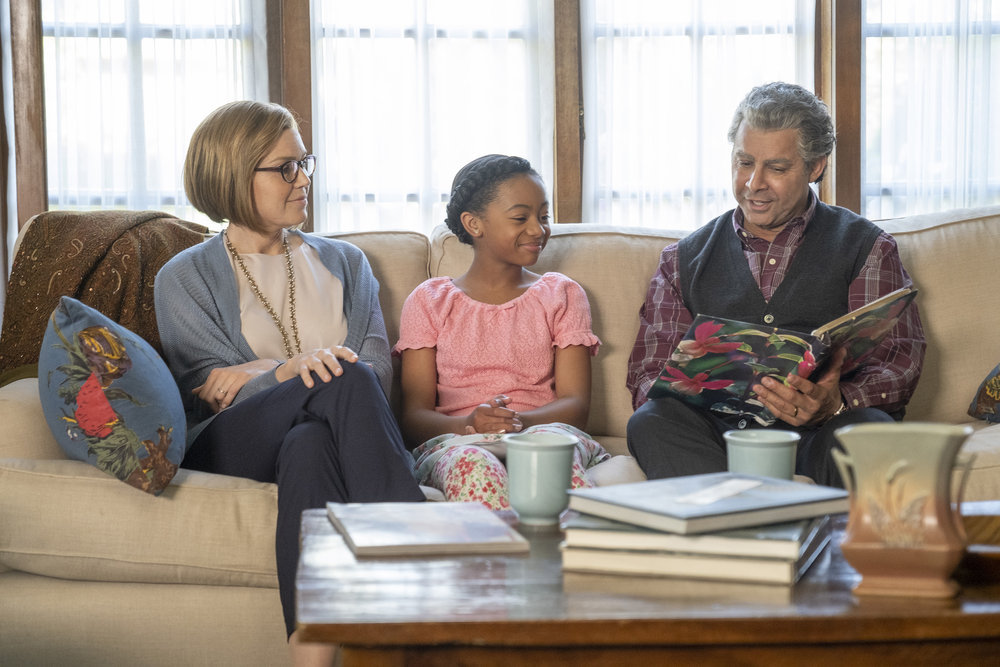 FOGELMAN: Well, we’ve got these three timelines in our present and future, which are basically our present-day timeline, which is them at 41; then, this wedding timeline of Kate, which is four years in the future; and then we’ve got that deeper timeline in the house. So, we’re going to spend time in all of those, and in that house is where the grown-up versions of those kids—Randall’s kids particularly—are. So, we’ll be living there more, and having more stories to tell there.

DEADLINE: Might the final season of This Is Us explore even more time periods?

FOGELMAN: I will never shut out this show not having more time periods, but we may be heading towards max capacity. Our plan had always been to really be as ambitious as we’d ever been with time—meaning, in the future—in this last season. We’ve always been ambitious with time in the past, different periods in the past. Now that we have different time periods in the present and future, which was always the plan, to add more might start making brains explode. So, I think we’re going to leave it about here.

DEADLINE: From what I recall, we don’t see Kate and Miguel in the flash-forwards at Kevin’s house. Is it possible that major characters we haven’t seen in that era aren’t present because they’ve died?

FOGELMAN: It’s possible. I mean, when you don’t show somebody, usually in this show, it’s either for a reveal or for a reason. I think that we have more surprises and turns in store. I don’t know that any of those will come to that level of catastrophe.

DEADLINE: Is there a chance Kevin and Madison could still end up together? Or is their split in the Season 5 finale definitive?

We’ve kind of stuck to the game plan, but I think one of the things I was really proud of in this episode was the execution of the ending, which obviously has these bombs being dropped, and particularly about Chrissy [Metz] and Chris [Geere], Phillip and Kate. But when you rewind it on second viewing, after the shock is absorbed, you’ll see there’s a tremendous amount of warmth and happiness between all the characters in second viewing, I think particularly between Madison and Kevin.

So, even though at first you’re reeling from what happened to them on their wedding [day], and what Madison said, and what Kevin couldn’t say, I think that there is a lot of affection there. How that affection is turned is for Season 6 to tell.

DEADLINE: Might we revisit women from Kevin’s past next season? 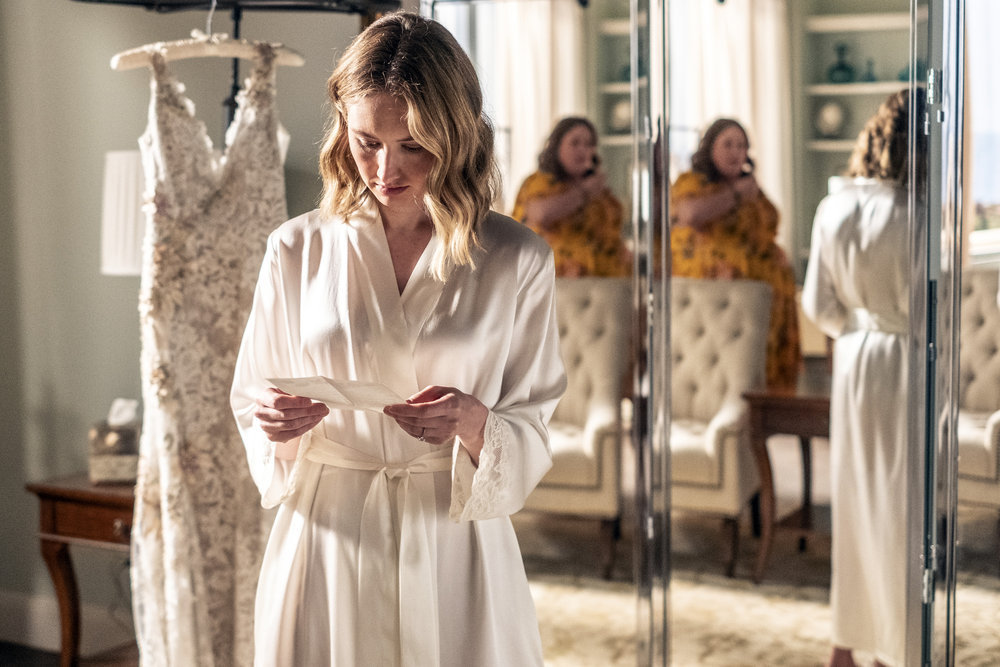 FOGELMAN: Yeah. I mean, we’ve certainly showed them a bunch this season: Cassidy and Sophie and Zoe. You know, as a guy who got married in his late 30s and met the woman he would eventually marry in his mid-30s, sometimes the relationship you wind up in is a combination of growth experiences you’ve gotten from other relationships, and being in a place, and having been formed by those other relationships.

I think Kevin’s journey is one of, he’s a little slower than a lot of us, and he’s certainly fallen more than he’s stood when it comes to romantic relationships—and not from a lack of attributes. He’s certainly the most charming, handsome guy in the world; it’s not hard for him to land a woman. But I think hopefully when we get to the end of his romantic journey, it will be satisfying. It won’t necessarily be one that everybody was rooting for, or it might be one that some were rooting for. It might catch people by surprise, but hopefully it’ll at least feel true to his character.

DEADLINE: At this point, Kevin’s career seems to be a bit of a question mark, and in a flash forward, we see a New Yorker profile on Randall calling him a “Rising Star.” That being said, who will be the bigger star at the end of the series, Kevin or Randall?

FOGELMAN: Well, that’s an interesting question, isn’t it, for these two brothers who grew up in the same home at the exact same age, these two alpha males, who’ve always been extra competitive with each other and formed by the other, in a lot of ways. The question of “success” and how that sits with the other brother, and who winds up on top, or if by the end, they have such growth that it just doesn’t matter to them, is a really interesting question.

DEADLINE: How are you feeling about all the storylines you need to wrap up in Season 6? Is that daunting?

FOGELMAN: I think at the beginning of each season, you feel a little overwhelmed, but I have the plan and the shape of what I intend to do in this season in the show. Now, how do I get into the granular specifics of how we’re going to execute it? It always feels a little daunting at the beginning. I’m lucky to have, I think, the most talented writing staff in the business that helps me figure that out, and a confidence in what we’re doing because of the people that work on the show, and how long we’ve been doing it together.

I knew what the ending of this season was going to be from the moment we put pen to paper, not just at the beginning of this season, but [while working on] previous seasons, in terms of Chrissy and what happens, and what the big reveal is at the end of the season. So when you have that kind of confidence in the people you’re working with—your actors, your writers, your directors, your crew—and then you also stay steadfast to the plan, it gives you a kind of false confidence, which somewhere along the way morphs into real confidence.