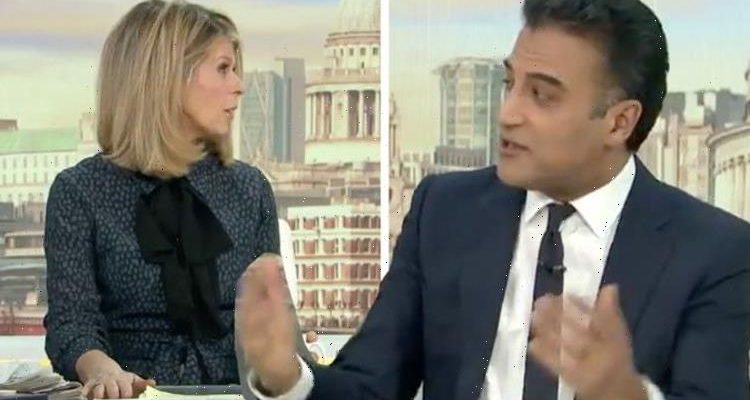 One news story up for discussion on Good Morning Britain was the inquiry into David Cameron and the Greensill lobbying scandal. When presenters Adil Ray OBE and Kate Garraway broke down the facts of the situation, an argument ensued with Ray claiming “corruption” had taken place and Garraway was forced to clarify she was “not defending anyone”.

Ray began: “So many scandals in the past, the general public, they will have seen this before, heard this before; heard [about] an enquiry, and then probably nothing will be done, somebody will resign from it and that will be the end of it.

“Then in a year’s time, another story like this will pop up again, maybe something will come out about former ministers in the future.

“Where does this end, Kevin? This is corruption,” he continued.

“When we look at other countries, we often look after African and Asian countries and say ‘they’re corrupt,’ they will look at us and say this is a level of corruption.” 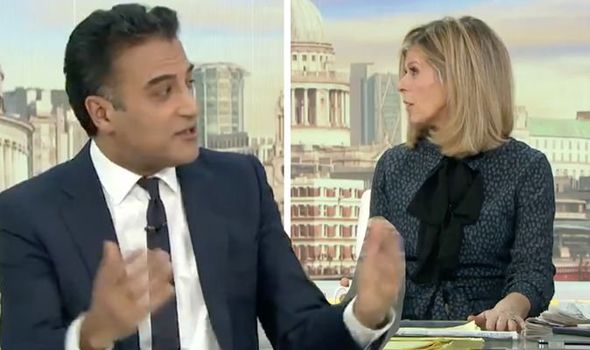 Kevin Maguire replied: “You have to separate between political corruption and actual illegal, financial corruption.”

Later on, Garraway commented: “This Minister’s having a future career, I feel like there’s a difference there on both sides.”

“I don’t know how you separate your political influence in that – even in Tony Blair’s situation, he got that job because he was Prime Minister and because of the contacts -” Ray interrupted.

Garraway tried to explain: “Yes, but he got that job – I’m not defending anyone here, by the way.” 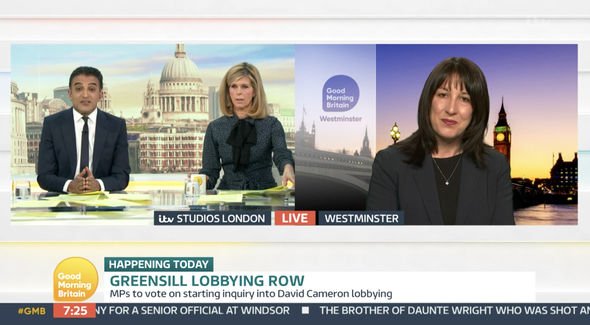 “I imagine in David Cameron’s case, he’s not really that qualified – yes because he’s the Prime Minister,” Ray continued. “Because of his contacts, because of the people [he is connected with], that is using his political clout. That is the issue.”

It comes after Cameron’s work for Greensill Capital has been criticised and the current Prime Minister plans to “ask anybody” the questions that need to be answered.

But Andrew Pierce believes there is an element of revenge between the two men who have history spanning decades.

DON’T MISS…
Dick Strawbridge admits he and Angel are ‘in trouble’ [COMMENT]
Alison Hammond leaves This Morning co-star baffled as she walks off [NEWS]
Emmerdale spoilers: Tracy Metcalfe for affair with David? [THEORY]

“You wonder if there is an element of revenge going on here to Boris to David Cameron,” Garraway said.

Pierce replied: “You have to understand about these two men, both old Etonians, Boris is older than David Cameron, he was the cleverest act Eton, he won all the academic prizes.

“He thought he was going to be ‘King of the world’- that’s what he used to say.

“Then they went to Oxford, David Cameron became the cleverer one, they became MPs at the same time.

“By 2005 Cameron was leader of the opposition, 2010, he was Prime Minister and Boris was just the mere old Mayor of London,” the journalist added.

“They’ve been rivals like this for years and there’s no doubt Boris knows this stinks to high heaven.

“There’s also an element from people I’ve spoken to saying ‘He’s getting one over Cameron.’”