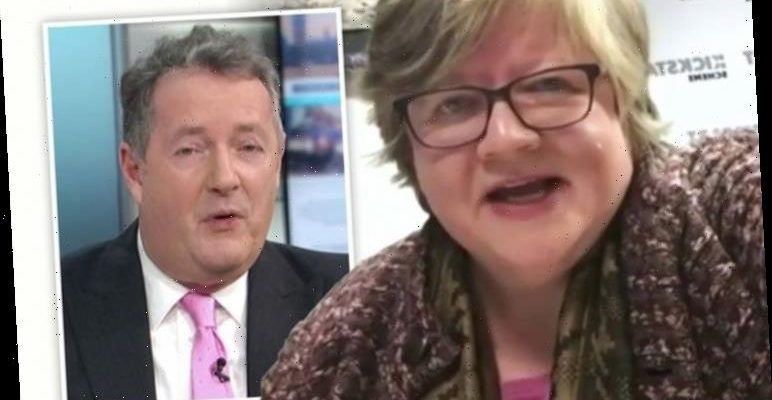 Thérèse Coffey hangs up during interview with Piers Morgan

Thérèse Coffey MP was doing the rounds on the biggest broadcasting channels this morning, but her interview with Piers Morgan was cut short. Good Morning Britain viewers saw the politician cut off the conversation and end the video call after the presenter pressed her on the reasons she gave for the UK having one of the worst coronavirus death tolls; an ageing population and obesity.

Coffey replied: “As I’ve said, we’ve been learning throughout this process, working with scientific advisors, trying to take the appropriate policies.

“But we’ve been learning throughout how we can improve the different ways of trying to help people with this. 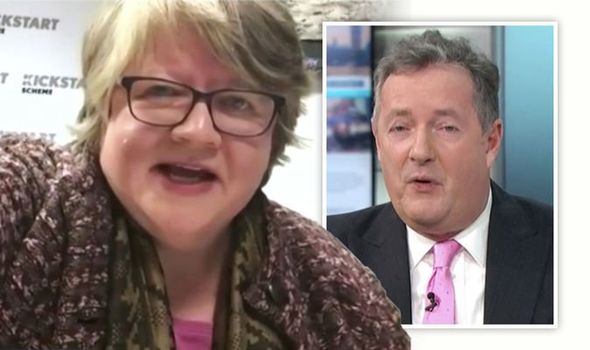 Morgan cut her off and said: “I applaud you for giving us some reasons,” and Reid added: “That’s the first time we’ve heard a government minister settle on a couple of explanations.”

“None of your colleagues last week could give us any!” Morgan remarked. “So you’ve given us two now; ageing population and obesity.

“So are you saying that the reason for us having the worst death rate in the world is because of the public? They’re too old and too fat?” He asked.

“I think that’s a very insulting thing that you just said,” the politician replied.

“I’m conscious that there’s a variety of factors which will have led to people sadly being ill during this time, sadly that translating to deaths,” Coffey continued. 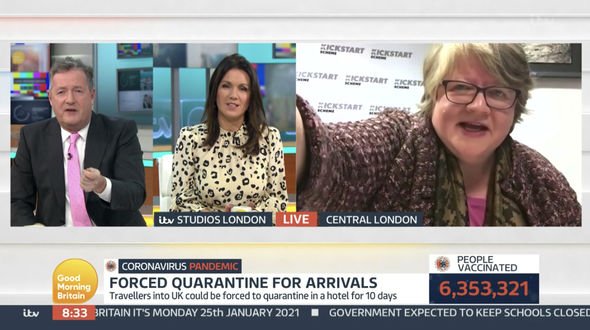 When Morgan tried to press her on her own comment, Coffey refused to answer and instead, demanded they conclude the interview.

When the presenters didn’t comply, she took matters into her own hands and said: “I wish we had more time, but we were meant to start at 8:15.”

Morgan responded: “I haven’t interviewed you since May, so you can come back anytime – it was you who boycotted the programme, so please don’t play the ‘You haven’t given me enough time’ card, because we gave you eight months and you didn’t turn up.”

The presenter continued: “I understand it, I understand. I just wanted you to clarify, given you said I was insulting… you’re going to go? You’re not going to explain why you think I was the one insulting?”

“You’ve already had 20 minutes of my time, I appreciate your time as well. Thank you, goodbye,” Coffey replied and hit the ‘leave call’ button. 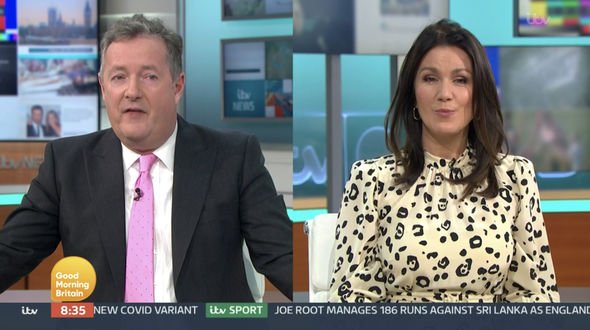 After Coffey hung up, the presenters spoke about what happened.

“She throws out two reasons why we have the worst death rate in the world, apparently, are we have an ageing popularity – too old, and we have an obesity problem – too fat,” Morgan commented.

“And when I said ‘so it’s the public fault then? We’re too fat, nothing to do with the government?’ I was the one insulting.”

Reid added: “I’d just like to point out after Prime Minister Boris Johnson emerged from hospital having recovered from Coronavirus, he himself had a press conference at which he said he had an underlying issue and said literally, ‘I was too fat’. He grasped that particular issue early on -“

Morgan continued: “Incredible that she thinks I’m the insulting one and the only reason she can give as a government minister, for why we have the worst death rate in the world; are the age of our population and the fact that we’re fat.

“Theresa Coffey storming off #gmb because she finds her own argument blaming the public for Covid “insulting” has to set some new standard for Government idiocy,” one said.

Another wrote: “How unprofessional. She clearly realised he just repeated what she had said and wanted to quickly end the call. Also don’t believe she was due somewhere else? Has anyone seen her do another interview straight after?”

And someone replied: “Yes she have a great response on other interviews, very professional in fact.”