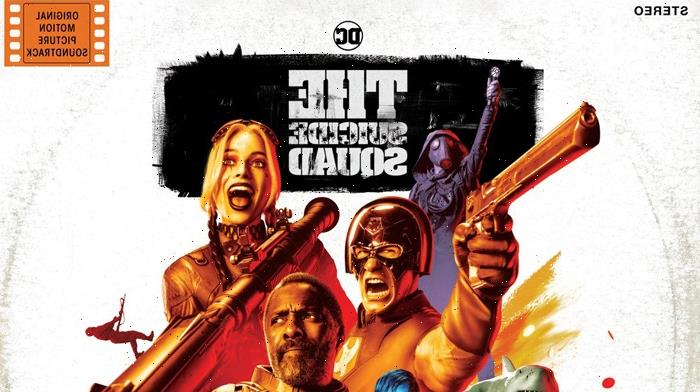 Director James Gunn is known for putting together killer mix-tape soundtracks, and The Suicide Squad is no exception. The vinyl for the soundtrack to DC Comics’ latest movie is available for pre-order from Mondo, and it’s superb.

Mondo released the vinyl in conjunction with The Suicide Squad hitting theaters and HBO Max. It’s available for pre-order now at MondoRecordShop.com, and on digital through Troll Court/WaterTower Music.

“A movie to me is two things,” Gunn told Mondo. “Picture and sound. It’s how you put those two things together that help tell a story and hopefully move an audience. So, music is incredibly important!”

The Suicide Squad (Original Motion Picture Soundtrack) is Gunn’s “curated mix tape” to help tell the story of some of the most unlikely heroes to ever hit the big screen. Like the squad themselves, the lineup is incredibly varied. There’s some good old ’50s swing (Louis Prima‘s “Just a Gigolo/I Ain’t Got Nobody (And Nobody Cares for Me) – Medley”) and 80’s punk rock (Jim Carroll Band‘s “People Who Died”, possibly the best opening credits song of the past decade). There’s modern Samba Pop (Ceú‘s “Samba Na Sola”) and Brazilian Hip-Hop (Drik Barbosa‘s “Quem Tem Joga”). There’s also freaking Kansas, Pixies, and Johnny Cash. Talk about variety.

In addition to all of those killer needle-drops, there’s also an original song created just for the soundtrack, the duet “Rain” by grandson and Jessie Reyez.

The Suicide Squad (Original Motion Picture Soundtrack) LP is $25 and comes in either 180 Gram Starfish vinyl or 180 Gram Black vinyl. (Starfish, in this instance, means a hot pink starfish pattern on blue-purple vinyl, the colors of Starro.)

The music in The Suicide Squad plays a pretty major role, and Gunn used each of the songs to help tell this big, bold story. He recently spoke with NME, explaining just how integral the soundtrack was:

“So when you see them walk through the rain to Pixies’ “Hey,” we have Pixies’ “Hey” blasting on set. Not only do I have the songs that I wrote into the screenplay playing, but John Murphy, who’s a composer of this film… we write those musical cues for important sections long before we shoot the movie. So that we shoot the movie to the scores that we’re playing. So when you see the Suicide Squad walking down the walkway to their theme blasting in the background in triumph, we’re blasting that on set.”

Now you too can blast the theme and feel like a real superhero.