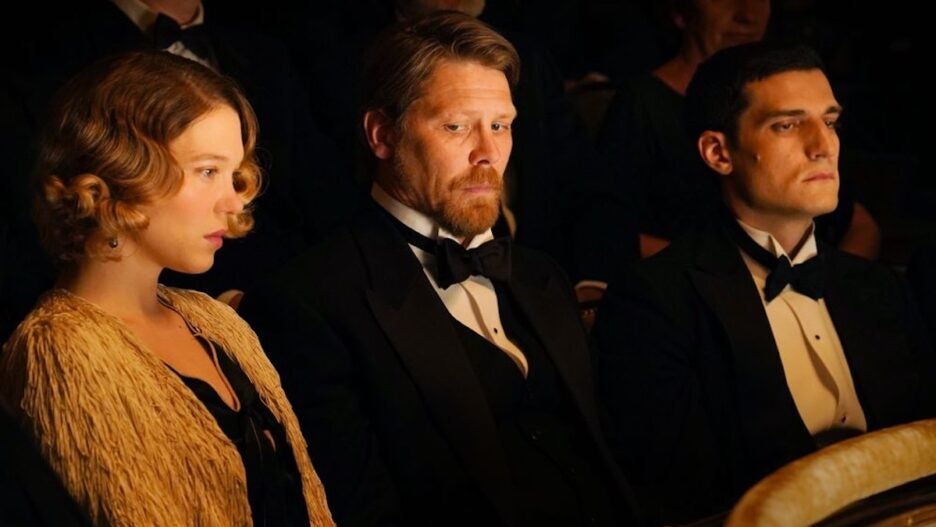 At first, there’s something oddly comforting about Ildikó Enyedi’s “The Story of My Wife,” a whispery period drama that premiered in competition at the Cannes Film Festival on Wednesday.

Like pouring yourself a warm glass of milk or slipping into a hot bath, the languid and visually sumptuous romance lulls you into a sleepy sense of calm, never asking for more than gentle aesthetic appreciation for its impeccable craft. But milk curdles when left out too long, and spending three hours in the bath never does any good, so to say the film more than wears out its welcome would be putting it lightly.

An internationally co-produced, English-language block of Euro-pudding, the film harkens back to art-house epics of yore, telling a fairly simple story of marital jealousy and infidelity with a classical compositional style that is nigh impossible to fix to any particular filmmaking era. But for the film’s crystalline digital photography, which erases any hit of grain, “The Story of My Wife,” could have been made in 1967, 1983, 2001 or later next month.

This is what art-house bling looks like: an artfully decorated, impeccably tailored tour through Paris and Hamburg of the 1920s, bringing together diverse film commissions (the film is a Hungary-Germany-France-Italy co-production) to fund a gilded window into the Old World just before it all came crashing down.

The fact that Enyedi and cinematographer Marcell Rév bathe the film in golden hue is both a kowtow to the genre, and a gentle reminder just how much this whole thing cost (in relative terms, of course: Netflix probably spends the film’s $12 million budget in craft services every other week).

As the title would suggest, the film takes the perspective of Captain Störr (Dutch actor Gijs Naber, looking more like a crusty seafarer than any man ever has) who, on a whim, decides to propose marriage to the next woman who walks into the Parisian café where he’s drowning his sorrows. As luck would have it, that woman happens to be the beautiful Lizzy (Léa Seydoux), and she takes the captain up on his offer.

When Störr learns of his wife’s possible infidelity he says nothing, bottling his concerns up inside himself –a choice that, surprise surprise, has disastrous ramifications on his marriage in the long term. Of course, it doesn’t help that the potential paramour is played by Louis Garrel, who addresses the captain in a slow and measured pace, every word laced with venom.

It also doesn’t help that the other actors continue in this hushed stop-start cadence for the rest of the film, which runs just shy of three hours and, given the actors’ clipped performance styles, might only have 18 pages of written dialogue.

As Störr’s anxieties curdle within, he pays a private investigator to tail his wife. But when the P.I. comes back with nothing, that only fuels the captain’s inner fire. And, well, that’s about it. For the rest of the lavish proceedings, we live with the couple in their gilded cages, stopping to admire this or that breathtaking composition or flapper-era dress between yawns.

There comes a time – say between minute 45 and 145 – where one simply wishes to sit each of them down and explain that something more needs to happen, some other tone needs to come into the fore, in order to justify such an investment. To look them in the eye, congratulate them for all their beautiful wares, and politely ask them to cheat or get off the pot.