The Real Housewives of Potomac is filming its reunion today, and we already know it’s going to be a good one.

There has been a lot of drama happening on the show, and there’s more to come.

The main storyline has been the dramatic physical altercation between Monique Samuels and Candiace Dillard.

It has resulted in both women filing charges against each other and has caused a division within the cast.

Some of the other RHOP women have had their own share of drama as well.

Wendy Osefo and Karen Huger have not gotten along all season long.

And, there’s also drama brewing between Candiace and Ashley Darby.

We will see this play out in the upcoming episodes, and it will all be discussed at the reunion.

What can we expect from the reunion?

Host Andy Cohen was dressed to the nines this morning for the taping of the RHOP Season 5 reunion.

He will have a lot to delve into as the cast will have to answer for everything that has happened throughout the season.

Fans are mostly looking forward to the Candiace and Monique drama.

The reunion will likely be the first time the two women have come face to face since their shocking fight.

It will undoubtedly be one of the most intense face-offs that we’ll see.

However, we have one major clue that the Not for Lazy Moms podcaster was indeed in attendance.

This morning when Andy Cohen showed off his reunion outfit, he had a little friend with him, Monique’s pet parrot T’Challa.

Andy shared the photo, writing  “I met T’Challa, who wants nothing to do with me! #RHOP REUNION DAY IS HERE!” 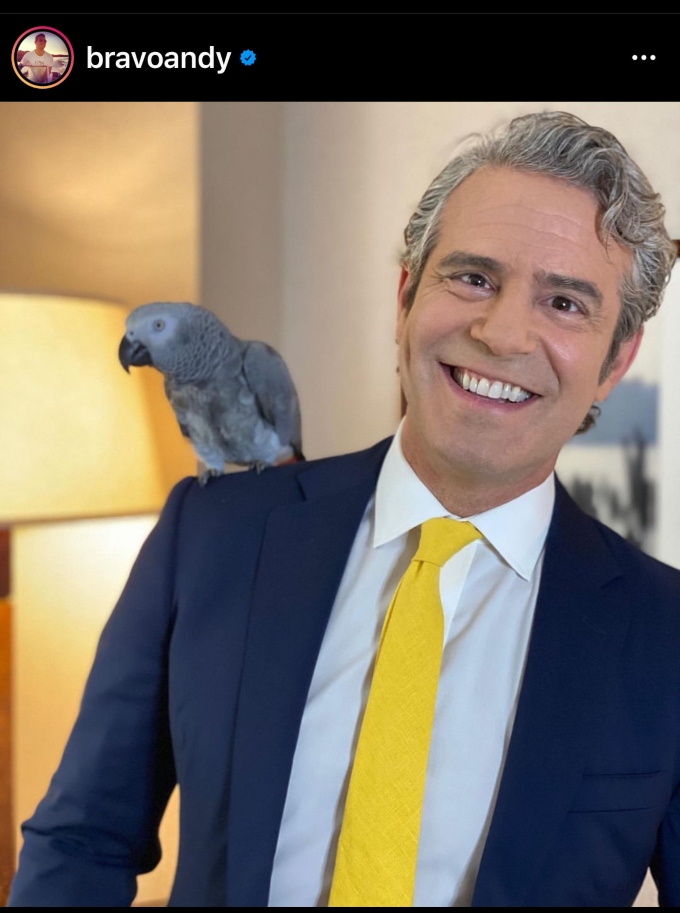 Who else will face off at the RHOP reunion?

Candiace will be in the hot seat a lot because she will also go head to head with Ashley Darby.

The former friends tried to mend their relationship this season, but that didn’t last for very long.

Ashley sided with Monique in the fight and even wrote a character letter for the courts after the 33-year -old filed charges against her.

Another showdown will likely be between Karen Huger and newbie, Wendy Osefo.

The two RHOP castmates started off on rocky ground, and things have not improved much since then.

Wendy has been getting a lot of heat on social media for bragging about her four degrees, so you can bet there will be some shady fan questions regarding that topic.

Gizelle Bryant and the grande dame will also have their banter about Gizelle’s relationship. And her green-eyed companion, Robyn Dixon will probably delve more into her tax issues.

All in all, the women of Potomac never disappoint, and we expect them to deliver a memorable reunion like they always do.

The Real Housewives of Potomac airs Sundays at 9/8c on Bravo.