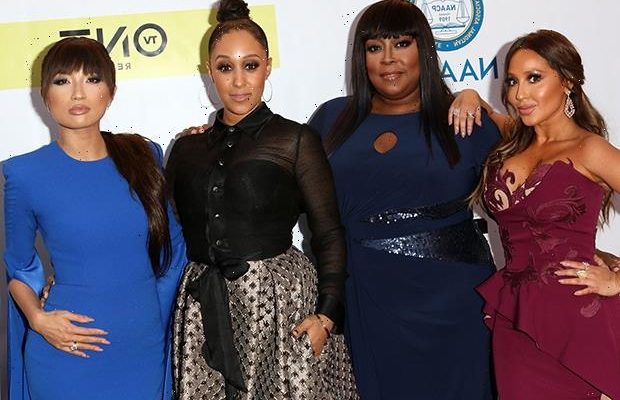 After eight years in syndication, The Real‘s time is up. The daytime talk show has been cancelled, according to our sister site Deadline.

The show’s current eighth season will be its last. A final airdate is not yet known.

When The Real premiered in 2013, its panel of co-hosts included Tamera Mowry, Jeannie Mai, Tamar Braxton, Adrienne Bailon and Loni Love. Since then, Braxton and Mowry have parted ways with the show, as did onetime co-host Amanda Seales. Garcelle Beauvais also currently serves as a co-host.

Created by SallyAnn Salsano, The Real set itself apart from other daytime talk show because its hosts “reflect the home audience and unapologetically say what women are actually thinking,” according to the show’s official description. “Their unique perspectives are brought to life through their candid conversations about topics ranging from their own personal lives to the news of the day to beauty, fashion and relationships.”

Additionally, the hosts were chosen because they’re were “all going through varied life experiences, including new motherhood, new marriages, dating or singledom, that relate to every woman’s own trials and tribulations. Unlike other talk shows, each of the four hosts is admittedly a ‘work in progress’ and fearlessly invites the home audience into their lives. Their fresh points of view, youthful energy and passion will turn the traditional talk show on its head.”

Will you miss inviting the ladies of The Real into your living room, or wherever you watch it? Drop a comment with your thoughts on its untimely cancellation below.