Wednesday night belonged to mysterious musicians and first responders as The Masked Singer topped the evening’s demo ratings and Chicago Fire walked away with the most viewers.

After tying for second last week with Chicago Med, The Masked Singer returned as Wednesday’s highest-rated program drawing in a 0.9 in the 18-49 demographic and 4.31 million viewers, up in both counts from the previous installment. Yesterday’s installment revealed Ruth Pointer of the Pointer Sisters to be underneath the Cupcake, making The Masked Singer‘s ratings-topping episode even sweeter.

At 9 p.m., Chicago Fire dominated the night’s viewership, drawing in 7.10 million viewers and a 0.8 demo rating, keeping in line with previous episodes. ABC peaked with the latest installment of The Conners (0.6 3.40M). Batwoman returned for Season 3 (0.1, 0.46M) up from the Season 2 ender but down from last year’s premiere.

Chicago P.D. (0.7, 5.91M) led the pack at the 10 p.m. hour, which also saw CSI: Vegas remain steady in demo rating but drop in viewers from its premiere last week. A Million Little Things on ABC ticked up slightly. 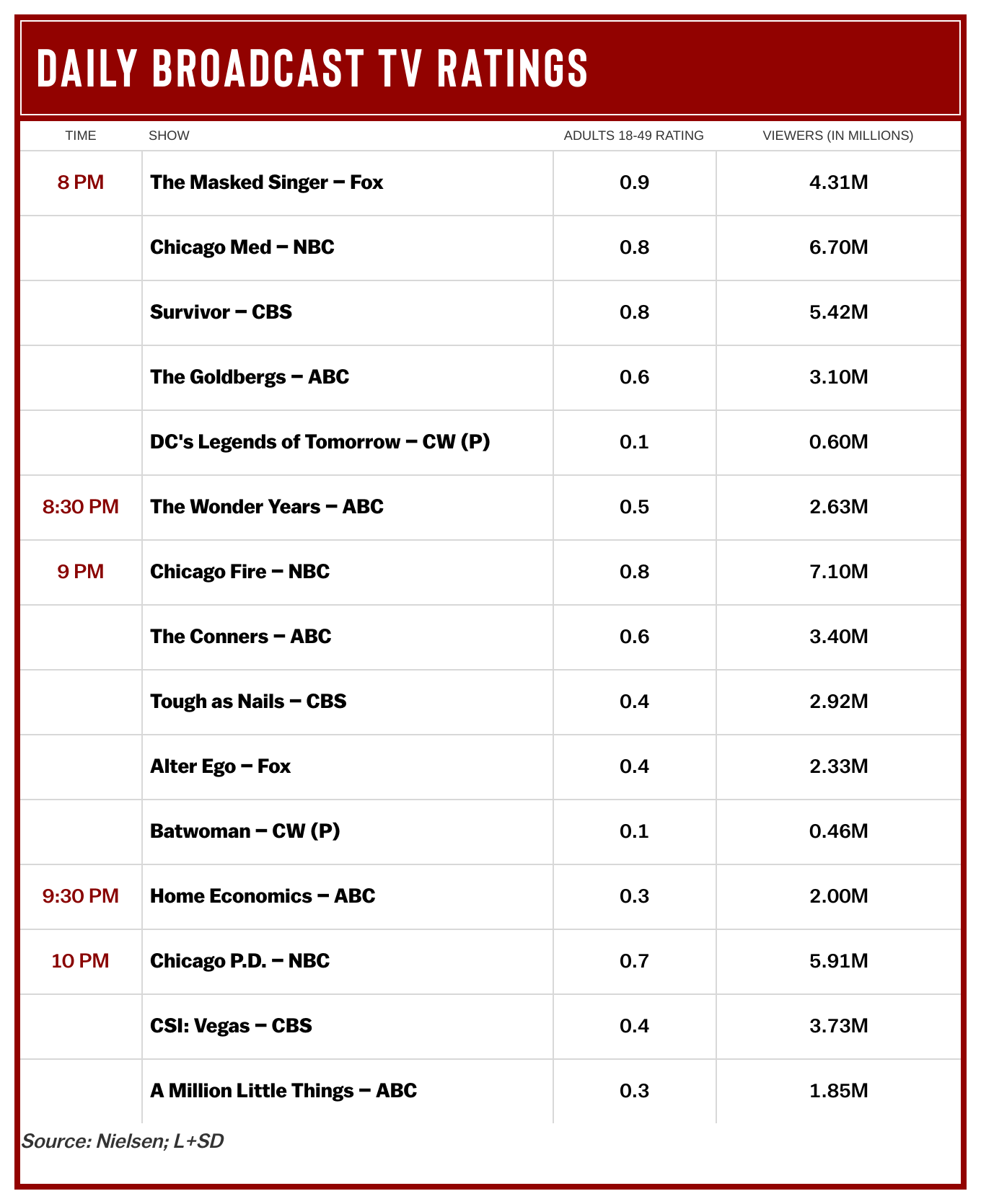