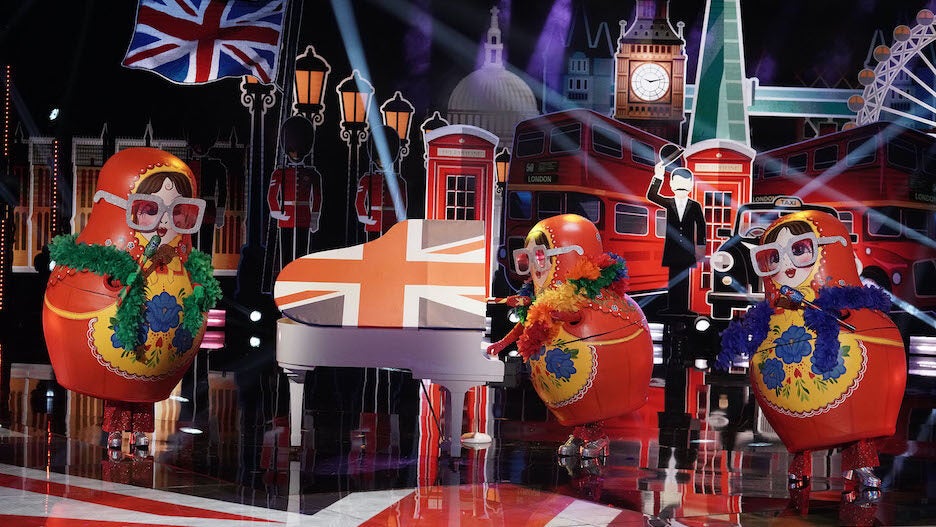 (Warning: This post contains spoilers for Wednesday’s “The Masked Singer.”)

Another “The Masked Singer” Season 5 contestant was cut from the game with this week’s quarterfinals episode. But with that elimination, not one but three competitors were (mm)bopped off the show, as the true identity of the Russian Dolls was revealed.

Once each contestant had done another song and dance in front of “Masked Singer” judges Nicole Scherzinger, Ken Jeong, Robin Thicke and Jenny McCarthy, along with guest panelist Rob Riggle, it was time for host Nick Cannon to ask them and the at-home audience to vote for who they wanted to stay in the game. 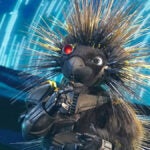 The contestant with the fewest votes ended up being the Russian Dolls, who mystified fans all season as they theorized about just how many people were inside the group costume. Once the Russian Dolls were eliminated, they were unmasked to reveal brothers Isaac, Taylor and Zac Hanson, aka the pop group Hanson.

Before they were cut from the lineup, Hanson performed Elton John’s “I’m Still Standing” as their final song in costume as the Russian Dolls. By the end of tonight’s show, Scherzinger, McCarthy and Riggle all thought the group costume had to be Hanson, while Jeong guessed the Jonas Brothers and Robin Thicke said Sugarland.

Next week, Chameleon, Yeti, Black Swan and Piglet will return to “The Masked Singer” stage for the Season 5 semifinals round, ahead of the finale on May 26.

“The Masked Singer” airs Wednesdays at 8/7c on Fox. 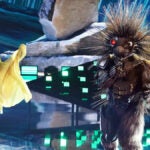