In season three of The Handmaid’s Tale, June (played by Elisabeth Moss) found herself placed in the home of Commander Lawrence (Bradley Whitford). She quickly became close with his sick wife Eleanor (Julie Dretzin) and gained the trust of the Marthas in the house. In the final episodes, she was seen formulating a plan to get Marthas and children onto a plane to Canada, which she succeeded in carrying out.

Fans watched as June was shot whilst distracting guards from the plane so that the children could get away safely.

She was last seen being carried through a forest to safety by her fellow handmaids.

It’s not know exactly what dangers June faces in the next series but it’s safe to say it won’t be pretty.

The teaser for season four has already revealed that Aunt Lydia (Ann Dowd) is out for blood as she warns of June’s destruction. 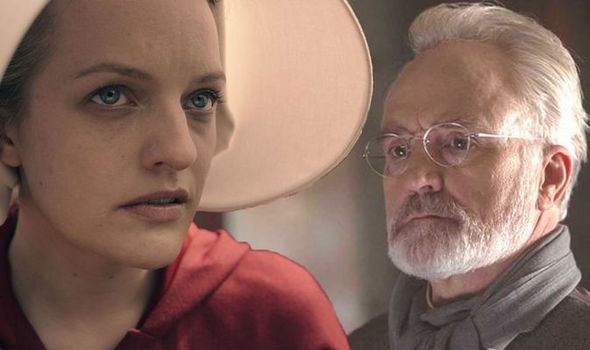 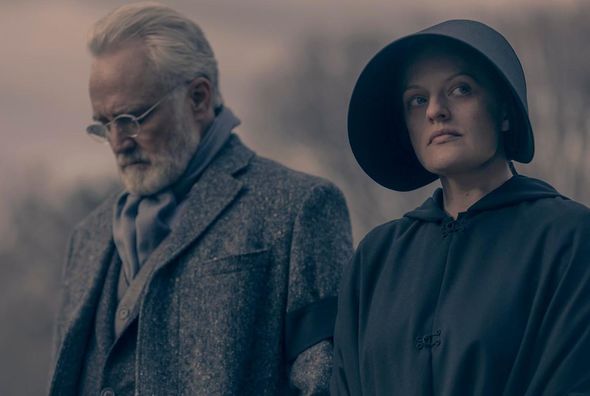 But after playing a part in his wife Eleanor’s death, could Commander Lawrence help June, only to betray her at the last moment?

Actor Bradley has hinted this is a possibility as he warned fans his character is “unpredictable” and “can go anywhere at any moment”.

Speaking about Commander Waterford, the star explained: “What’s happening with Lawrence is his humanity is fighting back.

“I don’t find him simply sympathetic, I wouldn’t call him sympathetic. 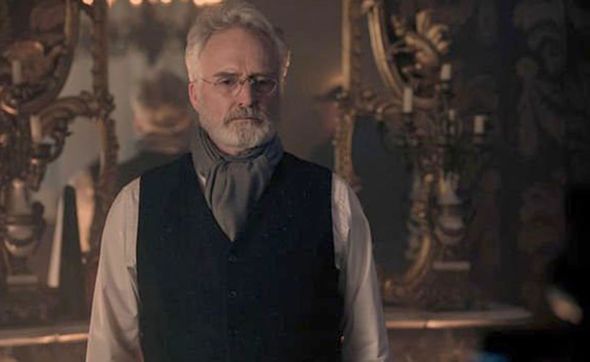 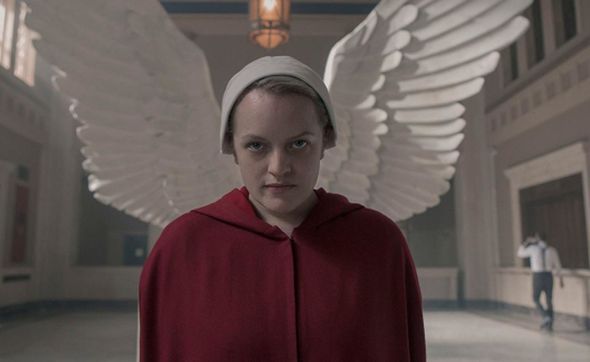 “He is in play, there’s a battle going on within him, which is just an absolute joy to play.

“As an actor, you try to narrow down what the experience of a character is and playing this guy is very, very free.

“He can go anywhere at any moment, it makes it very unpredictable and interesting to play.”

So far June has been cautious of Commander Lawrence but after his help in the season finale, may feel too comfortable that he’s on her side.

“The other is the ceremony scene which was truly difficult to shoot,” he told Gold Derby.

“Even though we don’t see anything.

“I read that and here you have a scene where June is basically for everyone’s safety, talking the rapist through the rape which is just you know, an extraordinary piece of writing.

“As far as his motivations, I do think his love for Eleanor was real and I think she made clear to him the horror that he not only enabled but also was actively able to create.

“I think somewhere, although he is a very bitter, dark, misogynistic man, there is some search for redemption.”

Will season four give Commander Lawrence the chance to right his wrongs and help take down Gilead or could he have a change of heart at the last minute as he panics he could face extreme punishment?

The Handmaid’s Tale seasons 1-3 are available to stream on Amazon Prime Video and Now TV now.