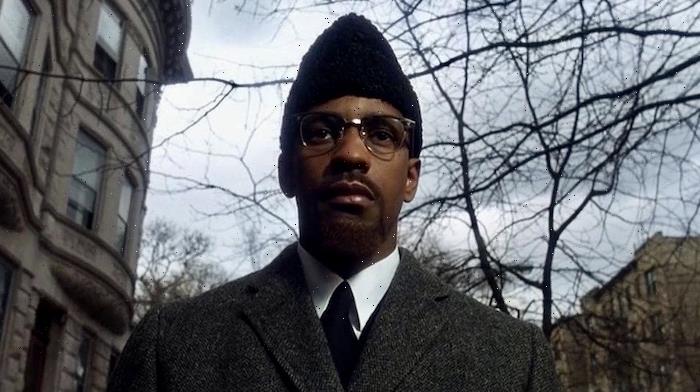 (Welcome to The Daily Stream, an ongoing series in which the /Film team shares what they’ve been watching, why it’s worth checking out, and where you can stream it.)

Where You Can Stream It: HBO Max

The Pitch: Frequent collaborators Spike Lee and Denzel Washington immortalize the civil rights activist, Malcolm X, in an electric biopic that is no less relevant today than it was three decades ago.

Why It’s Essential Viewing: Lee’s film adaptation of The Autobiography of Malcolm X offers a history lesson couched in spiritual fervor. Martin Scorsese and Roger Ebert know a thing or two about cinema and they both recognized Malcolm X as one of the best films of the 1990s. Last month brought the news that there’s a Malcolm X TV series in development and a Malcolm X and Muhammad Ali documentary bound for Netflix. Lee himself also has a new docuseries about New York headed for HBO next weekend. With all these related projects swirling, there’s no better time to go back and rediscover Lee’s finest film, which contains Washington’s greatest performance.

Here comes the cliché: a whitesplaining dude talking about Malcolm X. It’s reminiscent of that scene in the movie where the coed comes running up to Malcolm X and asks, “What can a white person like myself, who isn’t prejudiced, what can I do to help you and further your cause?”

Biopics can be dry affairs, but Malcolm X roils with righteous fury. It’s a 200-minute epic that begins with a burning flag and a jeremiad against a democracy built on hypocrisy (America’s original sin being slavery, which stuck some of its kidnapped builders at the bottom of boats). “We don’t see any American dream,” Malcolm says. “We’ve experienced only the American nightmare.”

Denzel Washington has never been better than he was in this role. He won the Best Actor Oscar for Training Day and it was long overdue, but it feels like he would win for that performance today, and the movie would actually pick up a Best Picture nomination. In its stead, there are films like this year’s Judas and The Black Messiah, which continue to generate empathy for fallen leaders in the civil rights struggles of the 1960s.

Washington plays two characters in this film: Malcolm Little (nicknamed “Red”), and Malcolm X. It allows him to put the full range of his gargantuan acting talents on display. The movie charts his journey from a zoot suit strutting across Harlem and 125th Street to a convict and convert who struggles to escape the prison of his mind. “Picking the lock” to free himself, “throwing off the shackles of mental colonialism,” simply involves kneeling before God. But that’s not as easy as it sounds.

Enlivened by Washington’s performance, Terence Blanchard’s score, and Ernest Dickerson’s cinematography, this is my favorite Spike Lee joint (with Do The Right Thing being a close second). If we’re lucky, most films just remind us of something we already know on an intuitive level. Malcolm X illuminates history and should be required viewing for all earthlings.