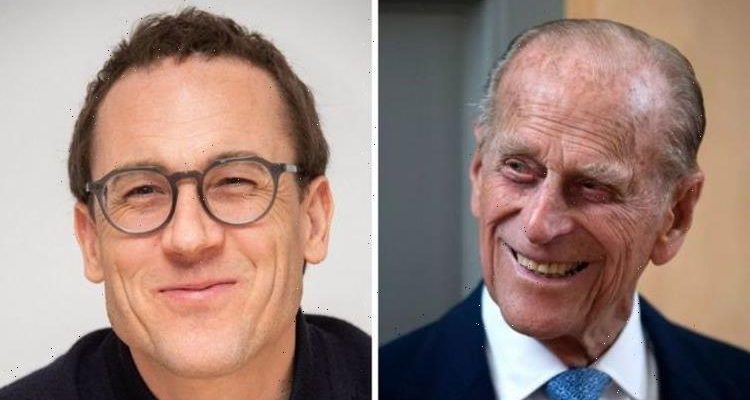 Tobias Menzies, who is best known for his dual roles on Outlander, took on the role of Prince Philip in 2019 after Matt Smith for seasons three and four of the Netflix drama. It is only recently the actor has spoken out on playing such a significant royal figure whilst reflecting on the Duke of Edinburgh’s “remarkable life”.

The actor found himself in a tricky predicament over the announcement of the Duke’s death.

While Matt posted a heartfelt tribute to Prince Philip, Tobias didn’t feel qualified to comment on his life.

Prince Philip was the man. Thank you for your service, old chap – it won’t be the same without you.”

Speaking on his silence over the Duke’s death earlier this year, Tobias explained: “After spending two years playing him and thinking about him, of course Prince Philip’s death saddened me in a very different way from if I had not played that role,”

“But if I’m completely honest, I never met the man.”

He continued to Radio Times: “Of course, it’s an odd cultural position to be in, to have been the most recent person to have portrayed him at the time when he passed away.

“I did get asked quite a bit around that time [of Prince Philip’s death] to go onto shows and comment and talk about him, which really didn’t feel comfortable at all

“But truly, you know – I never met the man. I didn’t know him, you know. We were making a dramatisation of parts of his life.”

However, despite never meeting the late Duke of Edinburgh, Tobias revealed the amount of extensive research that went into his portrayal.

He explained how he did his best to try and understand the role of the character and “bring it to life”.

“You know, fundamentally it’s a very different thing than the man and his life, which was a very long and very varied and rather extraordinary life – a small bit of which we try to bring to life in our show,” he told the publication.

Tobias will be replaced for season five of The Crown as Game of Thrones’ High Sparrow star Jonathan Pryce steps in.

Changes to the cast are to help ensure the actors remain closer in age to the royals during the time period they portraying.

Jonathan will be working alongside actress Imelda Staunton, who has been cast as the next Queen Elizabeth II, taking over the role from Olivia Colman.

The actor last made an appearance in Netflix’s The Two Popes, to which he earned his first Oscar nomination.

At the time of the announcement [for the role of Prince Phillip in The Crown] Jonathan released a statement saying: “I am delighted to be working with Netflix again.

“The positive experience I had making The Two Popes has given me the confidence to tackle the daunting prospect of portraying Prince Philip. To be doing so with Peter Morgan in the company of Imelda and Lesley will be a joy.”

Fans quickly took to social media to share their excitement for his role, with one commenting: “Love Jonathan Pryce, seems like a good fit for Phillip”

“Jonathan Pryce and Imelda Staunton and Leslie Maville?! The crown never makes a bad casting decision, do they?” a third commented.

Production and filming for season five of the Netflix drama The Crown is officially underway and having stated the show will only run for five seasons it was confirmed it will now be six.

The Crown seasons one to four are available to stream now on Netflix, with season five coming later this year.