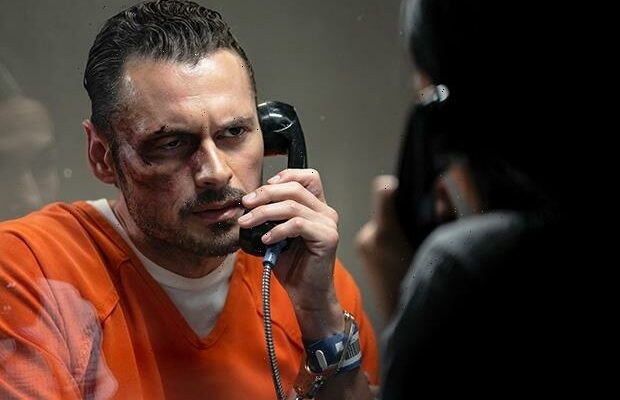 The following post contains spoilers for Season 2, Episode 2 of The Cleaning Lady.

Villainous men of The Cleaning Lady‘s sophomore season, take note: There’s a strong chance you won’t make it out alive.

One week after Thony’s husband Marco was killed off in the Fox drama’s Season 2 premiere, it was lights out for crime boss Hayak Barsamian, who died on Monday’s episode when Arman injected him with a lethal syringe during a tussle between the two men in the prison showers.

“Without Arman’s prototypical father, and without Hayak backing him financially, supporting him, guiding him, who is Arman? We’re stripping Arman of everything he’s had and watching the rise of Arman once again,” co-showrunner Melissa Carter tells TVLine of the decision to write out Hayak. “When he met Thony last season, she challenged him to ask: Do you need this criminal world? Do you need these awful people? What would you be like if you had taken a different path? As we darken Thony’s path, that question is not as present as it was in the first season. They are two characters who hold a mirror up to each other and ask those moral questions of how dark you can go and still redeem your soul.”

Now that Arman is without both Hayak and his gun business (but newly freed from prison), “he is going to have to pivot,” confirms co-showrunner Miranda Kwok, who adds with a laugh, “and he’s obviously never held a normal job before.”

“Part of the struggle this season is him trying to figure out where he’s going to land,” Kwok continues. “He starts to get into a criminal enterprise with Thony, but of course it’s growing from its infancy, and it’s not necessarily going to be that easy.”

Monday’s hour also introduced us to loan shark Robert Kamdar, played by Lost alum Naveen Andrews. An ex-lover of Nadia’s, Robert is what Carter describes as “the ATM for criminal organizations” — and now that he’s loaned Arman the $1.6 million he needed to get out of prison, Arman is now indebted to yet another nefarious businessman.

“Robert Kamdar is really a chance to show the power that each of our characters have over each other,” Carter explains. “For all of Season 1, Arman’s drive was to get out from under Hayak, to wear the crown, to be his own man, to be powerful. With this introduction of Robert, somebody else is going to have Arman under their thumb. What is he going to do to once again reclaim his own power?”