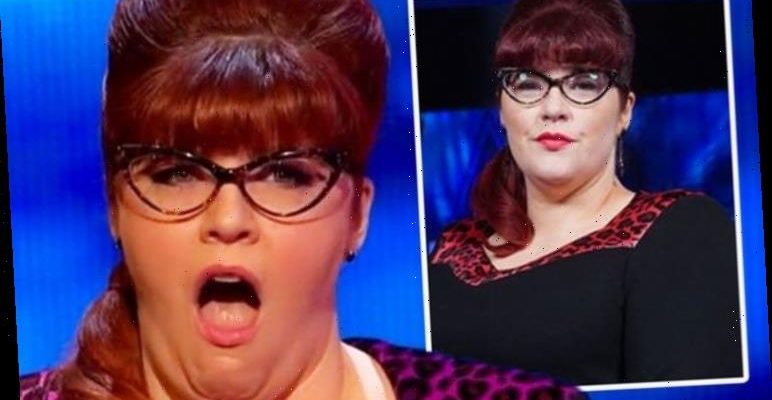 The Chase: Jenny Ryan discusses how she got her ‘Vixen’ name

Jenny, 38, has been a part of The Chase family since 2015 and became the second female quizmaster to appear on the show alongside Anne ‘The Governess’ Hegerty, 62. The Vixen is known for taking down her opponents but often commends contestants on their abilities to beat her if they walk away with the jackpot prize. However, host of the ITV quiz programme Bradley Walsh, 60, helped his co-star to choose her Chaser name after she initially refused to accept the one bosses had picked out for her.

The Vixen star had previously written questions for the show before becoming one of the quizmasters six years ago.

Having been a part of the programme in the past, Jenny was sure producers would be able to generate a name which represented her quizzing style.

Speaking on Tuesday’s edition of ITV chat show Lorraine, the Chaser explained the moment she defied bosses and how the host came to her rescue.

Lorraine Kelly, 61, said to her guest: “It’s a real family, now, at The Chase with Bradley at the heart of it. 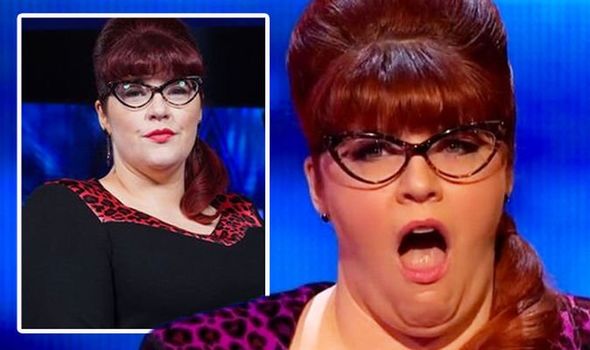 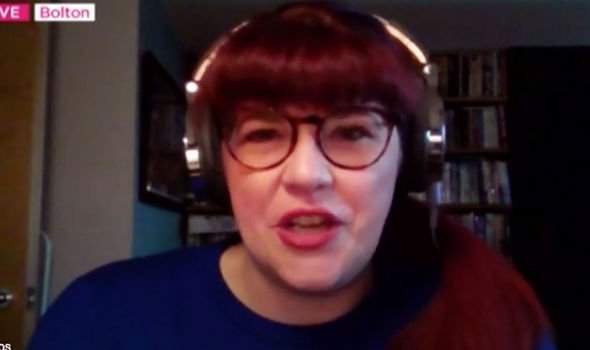 “That’s true, yeah. So, when I first started I had a screen test in the studio with Bradley hosting as a sort of chemistry test,” Jenny recalled.

“I had my hair in a big ponytail and the producers were trying to work out what my nickname should be. They wanted something animal-related because I like animal print.

“They suggested The Cougar and I said, ‘No, because I’m too young to be a Cougar’,” The Chase star explained.

After refusing to accept her Chaser name, the quizmaster said: “Bradley came up with The Vixen because of the red hair.” 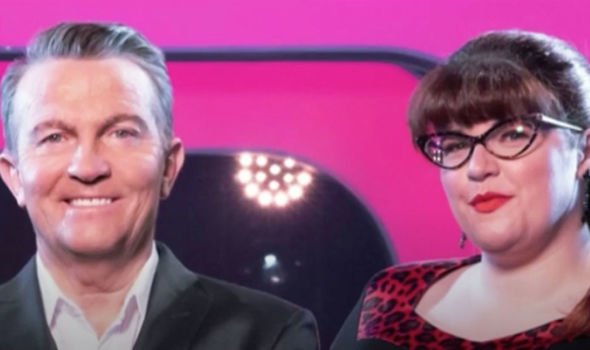 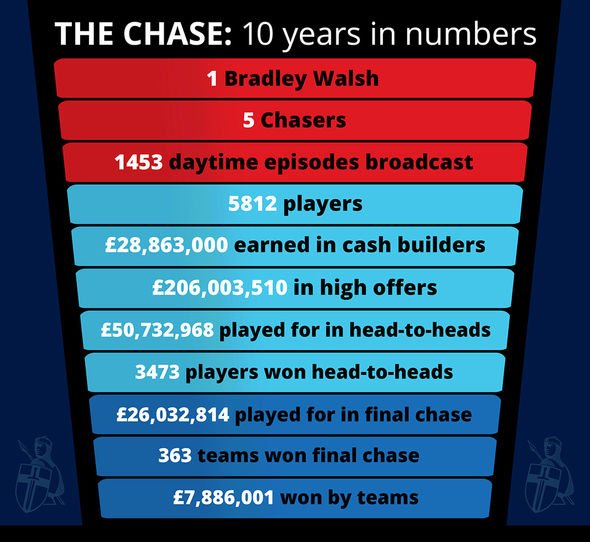 They suggested The Cougar and I said no

“It looks like a fox’s tail and foxes are really intelligent animals, are really cunning and can be quite fast,” Jenny continued.

Whilst she has become a familiar face on the afternoon quiz programme, The Vixen is also appearing on the spin-off show, Beat The Chasers.

The late-night instalments see all five of the longest-serving quizmasters taking on contestants under extreme time pressures.

Speaking about being a part of the spin-off, Jenny said “It’s been a learning curve,” in terms of how to work with her teammates.

The Vixen star explained: “In the first series we all approached it as individuals and thought it would be easy to gel as a team.

“It wasn’t as easy as we thought. We go in as more of a holistic team this time,” Jenny continued to say.

“There are certain jobs that need to be done. For example, someone who needs to take charge if there’s a question that needs to be guessed or passed.

“It’s often me – I’m the one buzzing in with a random guess,” The Chaser admitted.

Discussing the time pressures of playing against the contestants, Jenny said: “The very close matches are the ones that we live for.

“We find it so thrilling. When somebody buzzes in when there’s two seconds left with a match-saving answer, that’s such a glorious feeling for all of us.

“There’ll be pats on the back and gold stars from your teammates for that. Those are exactly the games we want to play. We want to play people who picked the best offer and gave themselves the best chance.

“We like to win, but if we win it’s great when it’s close because they’ve been brave enough to take us on. It comes down to the finest of margins in so many of the matches.”