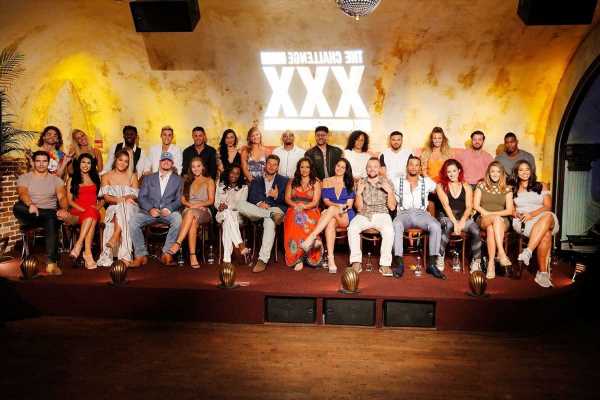 The players from The Challenge 37: Spies, Lies, and Allies reunited in Amsterdam for their annual reunion to hash out the drama and unseen stories from the season. Notable absences from the event included veteran Cory Wharton and reigning champ CT Tamburello but those who attended reportedly made it “very interesting.” Following the taping, a cast member teased viewers that “very unexpected events” happened at the reunion in a tweet.

Although Spies, Lies, and Allies is still airing on MTV, the cast members recently filmed the annual reunion.

Instead of meeting in New York, the crew flew out to Amsterdam to hash out the past season, likely due to the historic number of international players featured in The Challenge 37.

Following the reunion, German rookie Berna Canbeldek gave a hint to her followers about what they should expect in an Oct. 28 tweet. “Reunion coming in soon,” she updated the public after filming. “Very unexpected events went down; very interesting to me if you ask me.”

The rookie ended her tweet by thanking MTV for giving her the opportunity to compete on the show and noted she had her “fingers crossed” in hopes she’d return for the next season.

She went home during ‘The Challenge 37’ Episode 8

The Challenge 37 kicked off with the international players choosing an American competitor of the opposite gender. Berna, a three-time Survivor competitor and former boxer, found reigning champ CT Tamburello hiding and chose him as her partner.

They started out working well together, and Berna found herself falling for another competitor, Nelson Thomas. Due to his previous involvement with two-time winner Ashley Mitchell, the fling caused drama, and she found herself in elimination.

After eliminating rookie Tacha Akide, she and CT won a daily mission before he wanted another partner. Therefore, he encouraged Emy Alupei to steal him, leaving Berna paired up with UK rookie Hughie Maughan.

Their partnership didn’t work out, and they quickly landed in the Lair, where the two were eliminated.

A few weeks before the players taped the reunion, veteran Cory Wharton revealed he wouldn’t attend in a now-deleted tweet. The nine-time competitor explained he isn’t going due to his “vaccination status.”

He closed the tweet with, “they really are strong-arming people nowadays,” implying he feels the COVID-19 vaccination is nearly becoming a requirement.

Likely due to the discourse around his tweet as fans are split over the vaccination mandates, the reality star deleted it. When the castmates gathered for the reunion, many of them uploaded pictures and videos of their time in Amsterdam and shared behind-the-scenes clips.

Several fans noticed CT was notably missing from the photos and seemingly didn’t attend. It’s unclear why the seasoned vet skipped the reunion, but some have speculated that his absence is also due to vaccination mandates. The Challenge 37: Spies, Lies, and Allies airs Wednesdays at 8/7 Central on MTV.