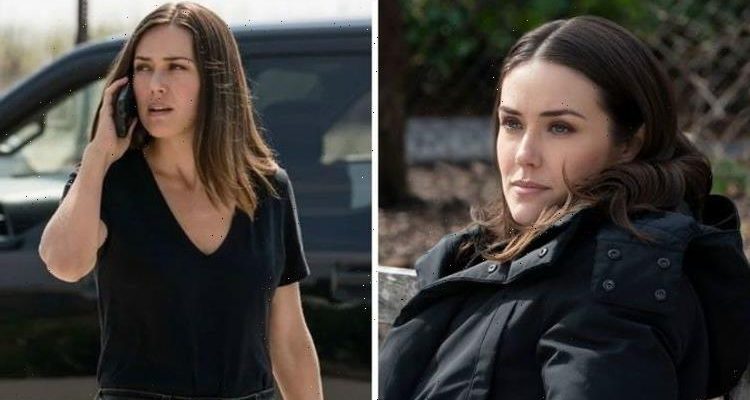 After NBC first premiered its crime thriller series in 2013, it became a worldwide hit following Raymond ‘Red’ Reddington (played by James Spader) on his mysterious adventures. Despite witnessing Liz Keen (Megan Boone) shot to her death in the season eight finale, The Blacklist fans aren’t convinced it is the end of the road for the character and believe she is still alive.

After reading some Youtube comments user Substantial_Will_385 took to Reddit and wrote his lengthy theory alleging Liz could still be alive.

They shared: “Someone suggested that Liz might still live and be a part of the show. Yes, we know that Megan Boone is leaving the show.

“However, this person suggested that paralleling Redarina, they could have Liz survive that attack and undergo plastic surgery and be given a new identity just like Katarina,” the user explained.

They continued: “It may or may not involve a sex change, but it would bring things full circle if just like her mom, Liz was forced to adopt a new identity in order to protect herself and her daughter and still be a part of Agnes’ life at some point.

“They could introduce a new character (man or woman) who becomes a regular/major player for the rest of the show, and reveal/hint in the series finale that it’s Liz,” the fan concluded.

This theory would suggest Liz has followed in the footsteps of her mother, whose shocking identity reveal made season one finally make sense.

When Red was introduced to the show he was a wanted fugitive who was ready to comply with law enforcement.

However, he had one sole condition, which was to strictly work with Liz Keen – even though she was a recent recruit.

Not only did the strange request baffle Liz, who was a complete stranger to Red but it also confused fans who suggested he was her estranged father.

However as the season progressed, viewers learned more about Liz’s mother Katarina Rostova (Lotte Verbeek) which led to a hugely shocking theory.

Fans assumed Katarina gave up Liz, wiped her memory to protect her from enemies – then later became Red, which would explain his insistence on working with her.

However, in the season eight finale, some home truths about Liz were revealed including the fact Katarina was actually still alive.

Also exposed in the previous season, Red was in fact an identity constructed by Katarina to watch over Liz, but before she could reach the conclusion of her story Neville Townsend (Reg Rogers) shot her to death.

This included a letter from her mother promising the answers to all her questions, however, she met her demise before getting a chance to read it.

This latest theory explaining Liz could still be alive, could be possible as it would be following in the stops of her mother in order to watch over her own daughter Agnes Keen (Katherine Kell).

Fans will have to keep watching season nine to see if her death will truly be the end for Liz.

So far the latest instalment of The Blacklist began with a two year time-jump from Liz’s fatal shooting, so fans never got to see how everyone was affected.

Despite this, viewers got a glimpse of what team members were up to after the disbanding of the task force.

Thankfully, Cooper (Harry Lennix) was able to get the gang back together after Dembe Zuma (Hisham Tawfiq) wound up in hospital.

With season nine only three episodes in, an epic discovery has already been made – viewers will have to tune in to see what else could be unearthed.