The Blacklist returns for season 9, the first without Liz Keen. The NBC crime drama has been on the air since 2013, so the show is bound to have a few blunders from time to time. Fans love to catch mistakes, anachronisms, and continuity errors. Eagle-eyed fans have noticed a pretty big mistake involving a Doctor Who reference Aram made in The Blacklist Season 3. 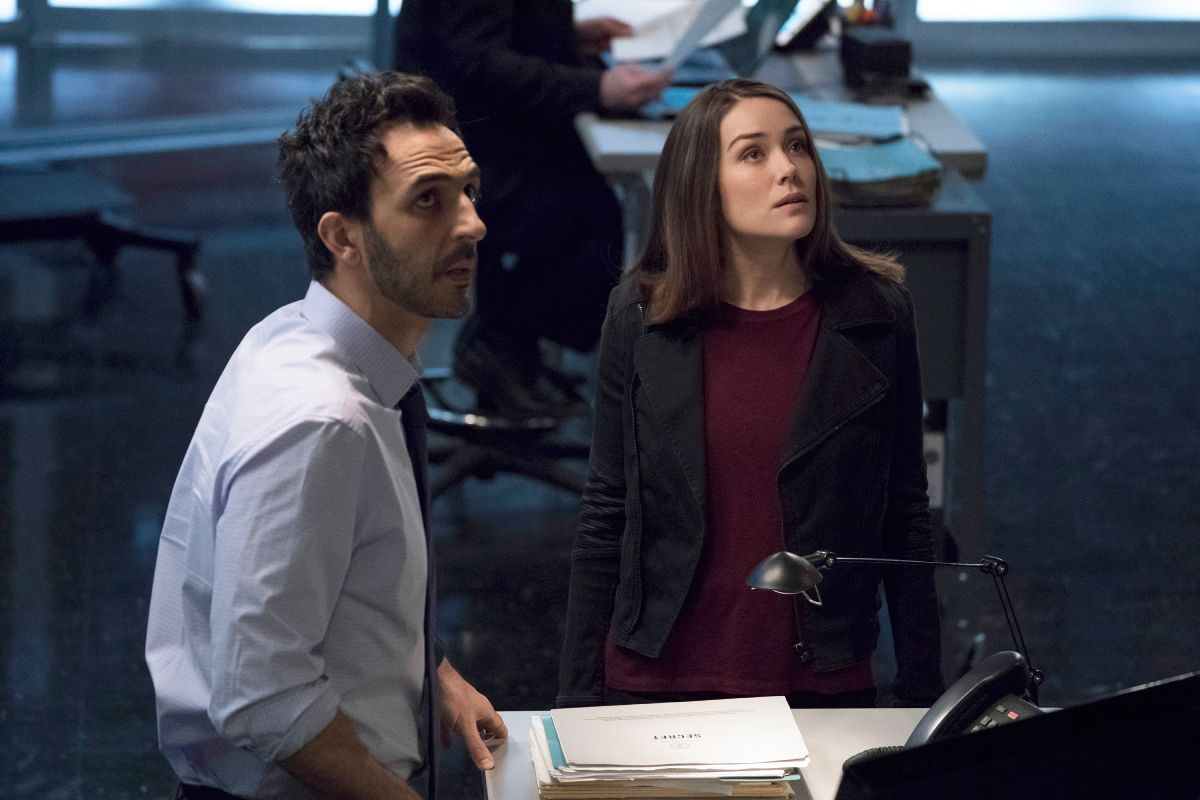 ‘The Blacklist’ has had plenty of errors throughout the years

Any show that has been on as long as The Blacklist will definitely run into a few blunders. Fans are quick to point them out, such as this significant detail from season 1 episode 22. “At the end of this episode Red takes off his shirt revealing his burned back, which leaves us to think that he might be Elizabeth’s dad,” said a fan on moviemistakes.com.

“However, this particular mark should have been noticed and written down in Red’s prisoner file when he was taken into custody the first time (Episode 1). In that case, Elizabeth would already know that Red is burned and could have asked some questions about it.”

Another fan on the website pointed out that in the episode “Ivan” Liz breaks through a train window. She cuts her face on the glass., but later that evening, there is no sign of these injuries.

Aram makes a ‘Doctor Who’ mistake in season 3

In season 3 of The Blacklist, an eagle-eyed fan spotted a factual error in a conversation between Aram and Liz. “Aram tells Elizabeth he downloaded ‘the fourth series of Doctor Who‘ and ‘Tom Baker is amazing’ (indicating Baker is in series 4). Baker was the 4th Doctor and did not appear until series 10 of the original run,” said a fan on moviemistakes.com.

The fan was correct. Tom Baker did not appear in the sci-fi series until season 10. Baker did however portray the Doctor from 1974-1981, giving him a longer tenure in the role than any other actor, according to Express. Perhaps this is the explanation for the blunder. Season 4 of Doctor Who actually starred William Hartnell, who was the first Doctor in the series.

Some things make no sense in ‘The Blacklist’ Season 9

The Blacklist returns for season 9, and fans have already made note of things that aren’t adding up. For example, Liz Keen’s daughter Agnes was around five or six years old in the season 8 finale of The Blacklist. Season 9 featured a time jump of about two years. In the new season, Agnes is said to be 11 years old, which definitely doesn’t add up.

Dembe’s status as an FBI agent also doesn’t make much sense considering he was previously the right-hand man of the FBI’s most wanted man. The Blacklist Season 9 has also failed to address Red’s terminal illness that was brought up in previous seasons. This isn’t necessarily an error, but it’s certainly confusing when a character who was dying miraculously gets better with no explanation.