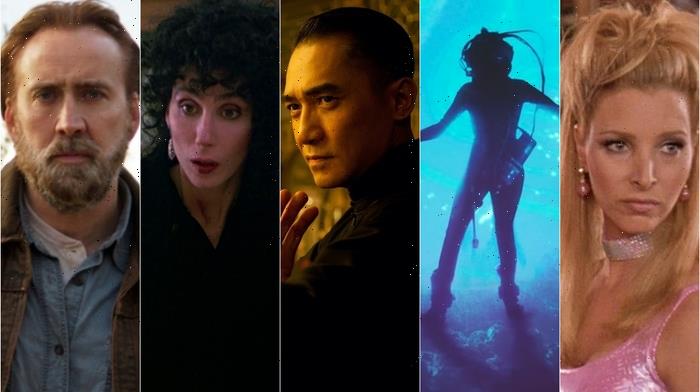 (Welcome to Now Stream This, a column dedicated to the best movies streaming on Netflix, Amazon, Hulu, and every other streaming service out there.)

Welcome back, streamers. As I mentioned last week, Now Stream This is now weekly, with new entries every Friday. And guess what? Today is Friday! Which means I have yet another round of titles to throw your way. Need something to watch this weekend? Don’t feel like endless scrolling through the 10 different streaming services you belong to? I’m here to help.

The Grandmaster
Now Streaming on Netflix

If you’re amped-up for the upcoming Shang-Chi and the Legend of the Ten Rings and need some kung-fu and Tony Leung right now, Netflix has the solution. The Grandmaster hails from filmmaker Wong Kar-wai, and he’s not exactly the person you might expect to make a martial arts movie – which probably explains why The Grandmaster is one of the most beautiful martial arts movies you’ll ever see. It has all the lust and longing of Wong Kar-wai’s other films like In the Mood for Love, and it also has kung-fu! The film tells the story of Wing Chun grandmaster Ip Man, who is probably best known today for both being the guy who trained Bruce Lee and a character in approximately ten thousand Ip Man movies. Tony Leung plays Ip Man, and the film follows him as he goes from fighting one grandmaster fighter to the next, proving he’s superior to all of them. Along the way, Ip Man confronts Gong Er (Zhang Ziyi), the daughter of one of the grandmasters who is plenty skilled in martial arts herself. The two fight – and the fight kindles something romantic in them. Full of beautiful action and simmering passion, The Grandmaster is in a league of its own.

For fans of: In the Mood For Love, Chunking Express, slow-motion fights in the rain.

Back in 2019, James Cameron took a break from making his never-ending Avatar sequels to reveal he was finally working on a Blu-ray release of The Abyss. The film has never been released on Blu, and Cameron teased both the long-awaited release while also suggesting it would be in 4K. And then … nothing happened. The Blu-ray never materialized, and it’s unclear if it ever will. But it sure looks like the HD transfer Cameron was working on is now available on Amazon Prime Video. The Abyss has been on Prime before, but the version available was in standard def and presented in a boxy aspect ratio, while the version now streaming is clearly in HD with a 2.35 aspect ratio. In short, it’s the best the film has ever looked on any sort of home media. And while this isn’t the famed director’s cut of the film, the theatrical cut is damn good in its own right. The plot follows underwater oil workers who get drafted to help salvage a sunken submarine, only to discover non-terrestrial intelligence or NTIs (or underwater aliens, if you’d prefer). By all accounts, the film was no picnic to make — star Ed Harris has refused to talk about the movie for years — and you can see why: Cameron puts his actors through hell, dumping tons of water on them and having them run around narrow corridors. But the end result is stunning, full of cutting-edge special effects and thrilling set-pieces. Nobody does it like Cameron.

For fans of: Aliens, Terminator 2: Judgement Day, getting wet.

Norman Jewison’s funny, charming, oddball Moonstruck really is as good as you’ve heard, and maybe better. Cher is Loretta, a lonely widow who agrees to marry her boyfriend Johnny (Danny Aiello), even though there doesn’t seem to be much spark between the two. Johnny has to head to Italy to tend to his dying mother, but before he goes he asks Loretta to invite his estranged brother Cosmo (Nicolas Cage) to the wedding. Loretta tracks Cosmo down and finds him to be volatile and maybe a little crazy. But he’s also immediately lusting after Loretta, she clearly doesn’t think he’s half-bad herself, and the two end up in bed together rather quickly. Loretta wants to quickly move on from the tryst, but Cosmo says he’s in love, thus setting the stage for a comedy of errors featuring wonderful supporting turns from Olympia Dukakis, Vincent Gardenia, and more. Cher and Cage are electric together, and Cage in particular is on a completely different level here.

For fans of: Joe vs. the Volcano, Roxanne, Cher’s gigantic mountain of hair.

Yes, I’m aware there are two Nicolas Cage movies back-to-back on this list. No, I’m not sorry. Cage has a new movie out — the superb Pig. That film is a slow burn featuring Cage delivering one of the best performances of his career. And because of that, I’ve been seeing a lot of people act like boneheads and say things like, “Wow, who knew Nic Cage was a good actor?” The answer: lots of people, damn it! Yes, I know Cage has become a kind of walking meme at this point, but he almost always delivers. Sometimes what he delivers is a little weird, but that’s part of his artistic genius. And if you’re looking for more recent great Cage performances, look no further than 2013’s underrated Joe. Cage plays the foreman of a tree-poisoning crew out of Texas who agrees to hire a 15-year-old kid named Gary (Tye Sheridan). But Gary also brings along his drunk, abusive father Wade (Gary Poulter), and soon Joe is taking pity on Gary and serving as a kind of father figure. Cage is fantastic here, but the real star might be Gary Poulter, who was a homeless man that director David Gordon Green found living on the streets of Austin. Poulter’s natural, untrained style is hypnotic, and the performance is all the more haunting when coupled with the fact that Poulter was found dead in a reservoir in Austin shortly before the film came out.

For fans of: Pig, Undertow, Nicolas Cage with a questionable beard.

A gloriously goofy, incredibly charming, and ultimately very sweet little comedy, Romy and Michele’s High School Reunion follows two life-long friends, played by Mira Sorvino and Lisa Kudrow, who decide to attend their 10-year high school reunion. The only problem is they realize they haven’t achieved much in the years since graduation, and they want to go back and wow their former classmates (who used to mock them mercilessly). Romy and Michele decide to fake it until they make it, posing as successful businesswomen (their fake claim to fame: they invented Post-Its). Romy and Michele was by no means a big success when it opened in 1997, but it’s since gained a healthy cult following, and deservedly so.