The Telluride Film Festival has announced the lineup for its 48th edition after canceling the event last year due to the COVID-19 pandemic. Despite that setback — and some new logistical hurdles mandated by the pandemic — the exclusive Colorado gathering once again promises a familiar assemblage of Oscar season hopefuls, timely documentaries, and potential hidden gems. With over 80 features in the lineup, Telluride will showcase several highly anticipated fall titles and highlights from earlier festivals in addition to the return of its tributes, which this year will go to Riz Ahmed, Peter Dinklage, and Jane Campion.

In an interview, Telluride co-director Julie Huntsinger projected the usual confidence about the caliber of the selection and its potential impact, but did not mince words when it came to assessing the challenges of assembling the festival in a pandemic. “I do think we’ve got the best movies of the year,” she said. “I’m feeling pretty good. Shit could hit the fan at any moment, but so far, so good.”

Dinklage is being saluted while in attendance for Joe Wright’s “Cyrano,” while Ahmed’s tribute is tied to his role in the British sci-fi drama “Encounter.” Personal stories abound, including Paolo Sorrentino’s “The Hand of God” and Kenneth Branagh’s “Belfast,” both of which are based on their directors’ childhoods. There are also a few curious surprises, including an unexpected feature-length adaptation of online meme phenomenon “Marcel the Shell with Shoes On,” co-written by Jenny Slate and Dean Fleischer-Camp. 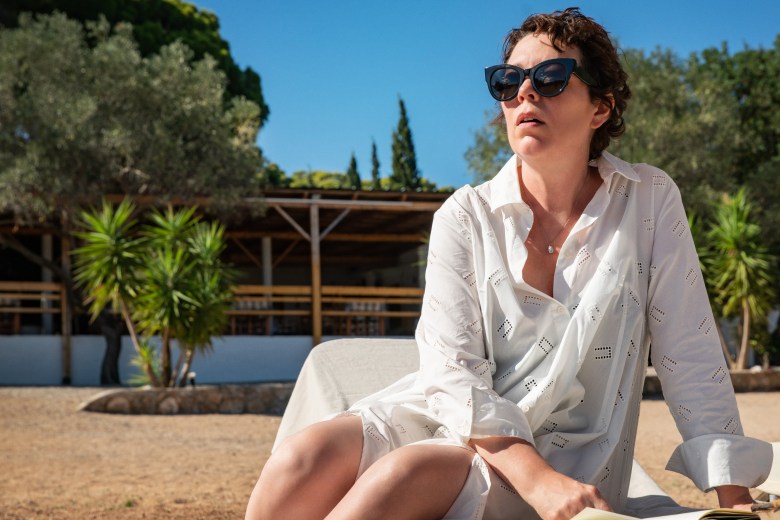 Olivia Colman in “The Lost Daughter”

The festival has required all accredited attendees to provide proof of vaccination in addition to proof of a negative PRC test conducted within 72 hours of arriving in Telluride. While the pandemic rages on, Huntsinger said that she didn’t face the same kind of Sophie’s choice that resulted in a cancellation last year. “We were going ahead pretty much no matter what,” she said. “I never wavered. Ideally, everybody is showing up negative, they’re vaccinated, and they’re wearing masks.”

She noted that while the festival would become aware of any positive tests that came from the mobile antigens and PCR testing unit on the festival grounds, attendees would have to make their own determinations about what to do about those results. “Scientifically, I don’t see how we have a proliferation, but if there is — this is where the fact that we’re not a Communist country is kind of problem — people have to say, ‘I’ve got this and need to remove myself from this situation,’” she said. “But the underpinning of the vaccine means that, according to personal calculus, we can happen in a way that is not disrespectful or foolish. There just have to be additional risk mitigation factors.”

Still, no amount of vaccines, masks, and negative tests can solve the practical challenges facing some of the guests the festival welcomed this year, including one of its honorees. Ahmed will not be making the trek to the Rockies for his Q&A, in one of several travel-related complications impacting attendance this year. Huntsinger said that Ahmed would participate in a tribute conversation from the U.K., marking the first time that the festival has held one of its signature events with a remote component. “This is my one concession to the pandemic,” she said. “We only found out very recently that he can’t come. This movie matches his great performance in ‘Sound of Metal,’ and it just felt like, why not make one exception? I’ll never do it again. This is the only time we’ll do it. But it felt like a concession we could easily make based on how deserving he is.”

Telluride typically finds many A-listers coming to town to engage with Academy members in a more relaxed environment than the red carpet mayhem to come: Its last physical edition, in 2019, launched Oscar campaigns for future winner Renee Zellweger (“Judy”) and nominee Adam Driver (“Marriage Story”), who both attended for tributes. This time, in addition to Ahmed, some actors are unable to attend this year due to shooting schedules on productions with strict quarantine requirements. 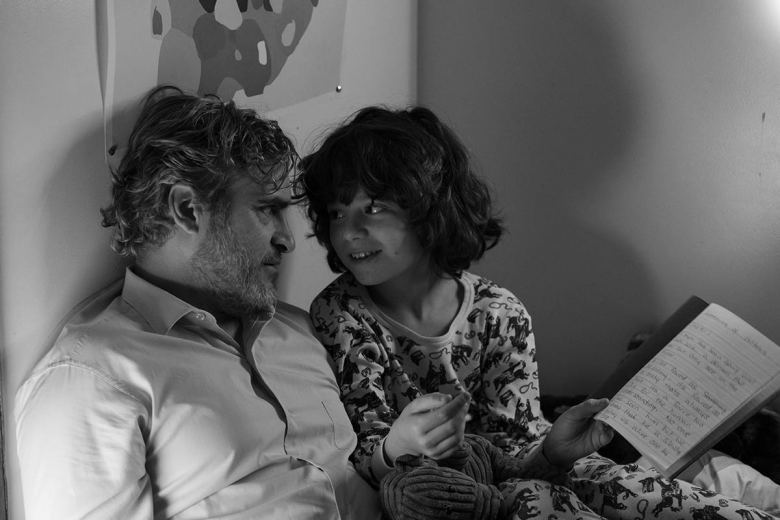 That include “The Power of the Dog” co-star Jesse Plemons, now in production for Martin Scorsese’s “Killers of the Flower Moon,” and likely Joaquin Phoenix, who may be unable to make the trek from the Canadian set of Ari Aster’s “Disappointment Blvd.” Huntsinger said she was still pushing to change the tides on another expected no-show, “King Richard” star Will Smith, who’s currently shooting the runaway slave drama “Emancipation” and would have been making his inaugural Telluride trip. “I’m still begging,” she said. “It’s Will Smith’s best work. He’s made something small and massive at the same time. It’s not a go-for-broke family movie or a tiny artsy movie but a beautiful blend of both.”

Meanwhile, a few Telluride regulars have also begged off on attending this year out of an abundance of caution, including longtime fixture and board member Ken Burns, whose upcoming PBS documentary “Muhammad Ali” (co-directed with his daughter Sarah Burns and David McMahon) will screen its initial episodes. Andrea Arnold, who last came to the festival with her breakout “Fish Tank,” failed to secure a visa to attend from the U.K. The status of “Spencer” director Pablo Larraín, who would be attending straight from the movie’s premiere in Venice, was cleared just today (he’s in) — though star Kristen Stewart was always expected — while the Australian director Jennifer Preedom would be unable to travel from down under for the premiere of her Willem Dafoe-narrated documentary “River.”

But Huntsinger was especially eager to welcome another Australian filmmaker making her first Telluride trek with Campion, whose “The Power of the Dog” will screen in competition at Venice shortly before she heads to the U.S. for her screenings and tribute. “We saw it pretty early on and it was a total no-brainer,” Huntsinger said, noting that one of the venues of the festival was named for longtime Campion champion Pierre Rissient, an adviser to the festival who died in 2018. “I’m only sad that Pierre couldn’t be a part of the tribute, since they were such good friends and he worked so hard for the success of ‘The Piano,’” Huntsinger said. She added that Cumberbatch, who plays a mean-spirited ranch owner in the adaptation of Thomas Savage’s novel, “is a very good ally in making this thing as strong as it is.”

Cumberbatch will be in attendance promoting both “The Power of the Dog” and “The Electrical Life of Louis Wain,” in which he plays the famed turn-of-the-century cat illustrator and serves as an executive producer in the Amazon project. “May he continue to work in that lane too, because ‘Louis Wain’ is so out there, so kooky and funny and charming,” Huntsinger said. “If that’s his vibe, please keep making these kind of films.”

Another actor changing things up is Gyllenhaal, whose Netflix acquisition “The Lost Daughter” adapts Elena Ferrante’s novel of the same name and boasts a cast that includes Olivia Colman, Dakota Johnson, and Gyllenhaal’s husband, Peter Sarsgaard. “I think people will be really blown away,” Huntsinger said. “She has gotten exactly what Elena Ferrante was trying to convey in that novel. Dakota Johnson has never been more sultry and interesting. If you showed this to someone and said this was a first-time director they wouldn’t believe you.”

High-profile documentaries include “The Rescue,” an overview of the Thai cave rescue from “Free Solo” directors Chai Vasarhelyi and Jimmy Chin; as well as Liz Garbus’ “Becoming Jacques Cousteau” and Robert Greene’s “Procession,” which takes sexual abuse at the Catholic Church to task through drama therapy; and Showtime’s “Becoming Charlie Chaplin.”

There is also a surprising mockumentary in the form of “Marcel the Shell with Shoes On,” which features Slate’s voicing the same adorable talking shell that she first created with Fleisher-Camp in the stop-motion animated short produced over a decade ago. “The producer wrote me and said, ‘We made this little thing,’” Huntsinger said of the project. “It’s so cute and unusual. Lesley Stahl is in it and Isabella Rossellini plays the grandma. It’s just funny and wise and you couldn’t have told me that this combo would exist.” 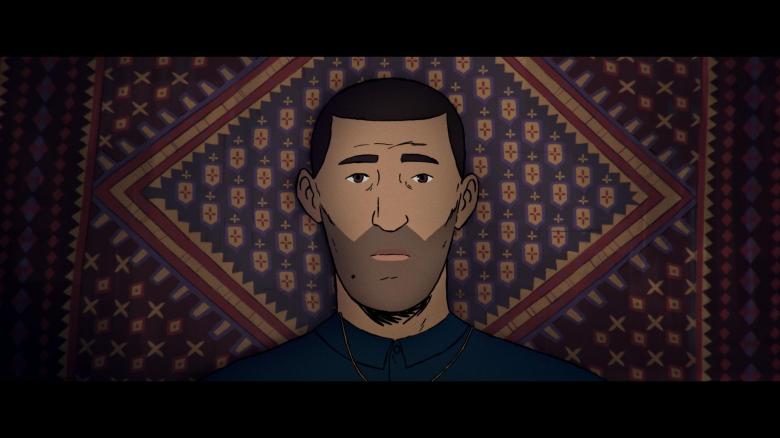 While Telluride is usually coy about addressing the role it plays in Oscar season, Huntsinger acknowledged that potential this time, even though representatives from the Academy Motion Picture Arts and Sciences have already announced that they won’t be making their usual pilgrimage to the festival to host a party for members in attendance. “I wish them all the best, but we’re good,” Huntsinger said, noting that the festival itself would be hosting the party this year. “The same number of Academy members are still going to be here, watching all the movies or bringing them.”

And she promised some surprises in store. While Telluride has held off on holding sneak screenings in recent years after ruffling feathers with other festivals over premiere status, there will be some additional screenings of anticipated fall titles that haven’t been announced yet. “We’ve got some sneaks,” Huntinsger. “There’s one film in particular that it gives me a great deal of joy to sneak. But I’m going to keep real quiet about them.”

The 2021 Telluride Film Festival runs Thursday, September 2 – Monday, September 6. The full lineup is below, with descriptions courtesy of the festival.

Feature films to play in the main program:

Barry Jenkins, this year’s Guest Director, serves as a key collaborator in the Festival’s programming decisions. He has curated the following special selections:

Additional film revival programs include THE APACHES OF ATHENS (d. Dimítrios Gaziadis, Greece, 1929), and FRAGMENT OF AN EMPIRE (d. Fridrikh Ermler, USSR, 1929), the latter of which will follow a presentation of the Special Medallion award to film scholar Annette Insdorf. The Special Medallion is given to celebrate a hero of cinema who preserves, honors and presents great movies.

Additional Festivities will take place throughout the Festival including THE TOUCH (d. Ingmar Bergman, Sweden, 1971); a gallery of Laurie Anderson’s Covid-19 Zoom lectures entitled: SPENDING THE WAR WITHOUT YOU; and a Poster Signing with previously announced 2021 poster artist Luke Dorman of Meow Wolf.

Telluride Film Festival’s Student Programs present students the opportunity to experience film as an art and expand participants’ worldview through film screenings and filmmaker discussions. The Student Symposium provides 50 graduate and undergraduate students with a weekend-long immersion in cinema. The City Lights Project brings together 15 high school students and five teachers from three schools to participate in a concentrated program of screenings and discussions. The FilmSCHOLAR program, created in conjunction with the University of Wisconsin, gives young film  scholars and aspiring critics the opportunity to immerse themselves in a weekend of cinema and learn from some of the best in the field. University Seminars allows university professors to travel with students to the Festival and participate in special programming throughout the weekend.

Telluride Film Festival’s Talking Heads programs allow attendees to go behind the scenes with the Festival’s special guests. Eight Conversations take place between Festival guests and the audience about cinema and culture, and four outdoor Noon Seminars feature a panel of Festival guests discussing a wide range of film topics. These programs are free and open to the public.