Football returned strong on Sunday as NBC’s Sunday Night Football match between the Buffalo Bills and Kansas City Chiefs led the pack in both demo rating and viewership. The game, which saw the Bills victor over their opponents 38 to 20, drew in an average primetime rating of 4.8 in the 18-49 demo and 16.78 million viewers, in non-adjusted fast affiliates. As is the case with all major live events, numbers are set to change pending incoming adjustments.

While NBC continues its streak of dominating Sunday with live games, after the milestone-making match between the Bucs and Patriots last week, last night’s show falls behind its predecessor even with its pre-adjustment numbers.

Sports-related content thrived on Sunday as The OT on Fox came in second ratings and viewers-wise (2.8, 9.62M), following coverage of regional games earlier in the afternoon.

Hopping on that momentum was The Simpsons, which earned the highest demo rating for a non-sports title on Sunday (1.2, 3.79M). The latest 60 Minutes, which came after last week’s notable Facebook whistleblower installment, was the most-watched non-sporting program (1.1, 9.01M).

CBS saw the returns of The Equalizer and NCIS: Los Angeles. The Queen Latifah-starring drama returned for its Season 2 premiere (0.7, 7.47M), drawing in just a fraction of its debut audience during its post-Super Bowl spot in February (5.1, 20.4M), understandably so. NCIS: Los Angeles’ Season 13 debut fell from its previous season opener November 2020 premiere by two tenths in demo rating and 15% in viewers. Seal Team also made its return (0.5, 3.87M) 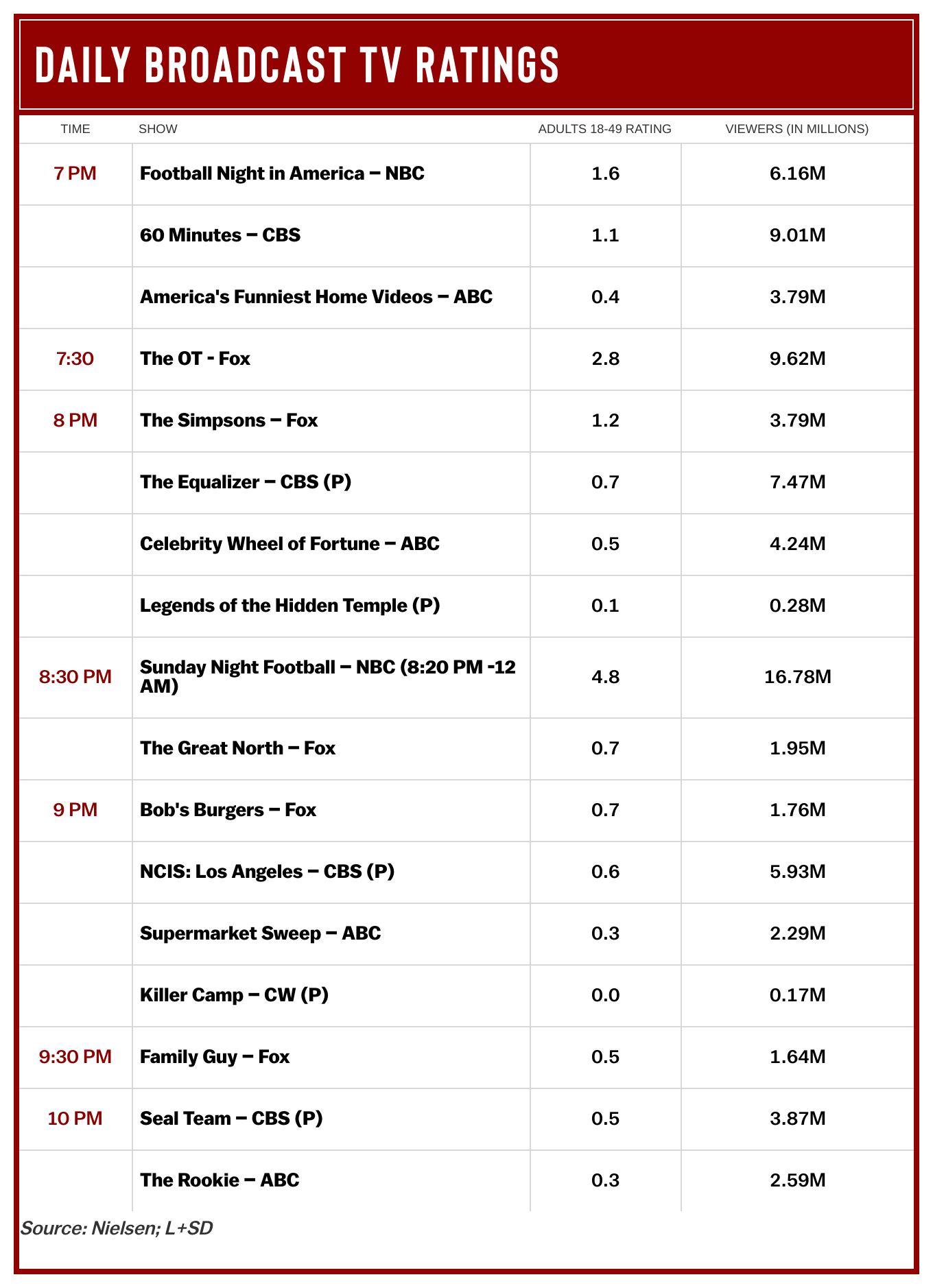