AS one of Strictly’s most popular pro dancers, Ola Jordan was used to all of her moves being perfectly in time.

But when she took a two-step back in 2015 and started to try for a family, the process took far longer than she expected. 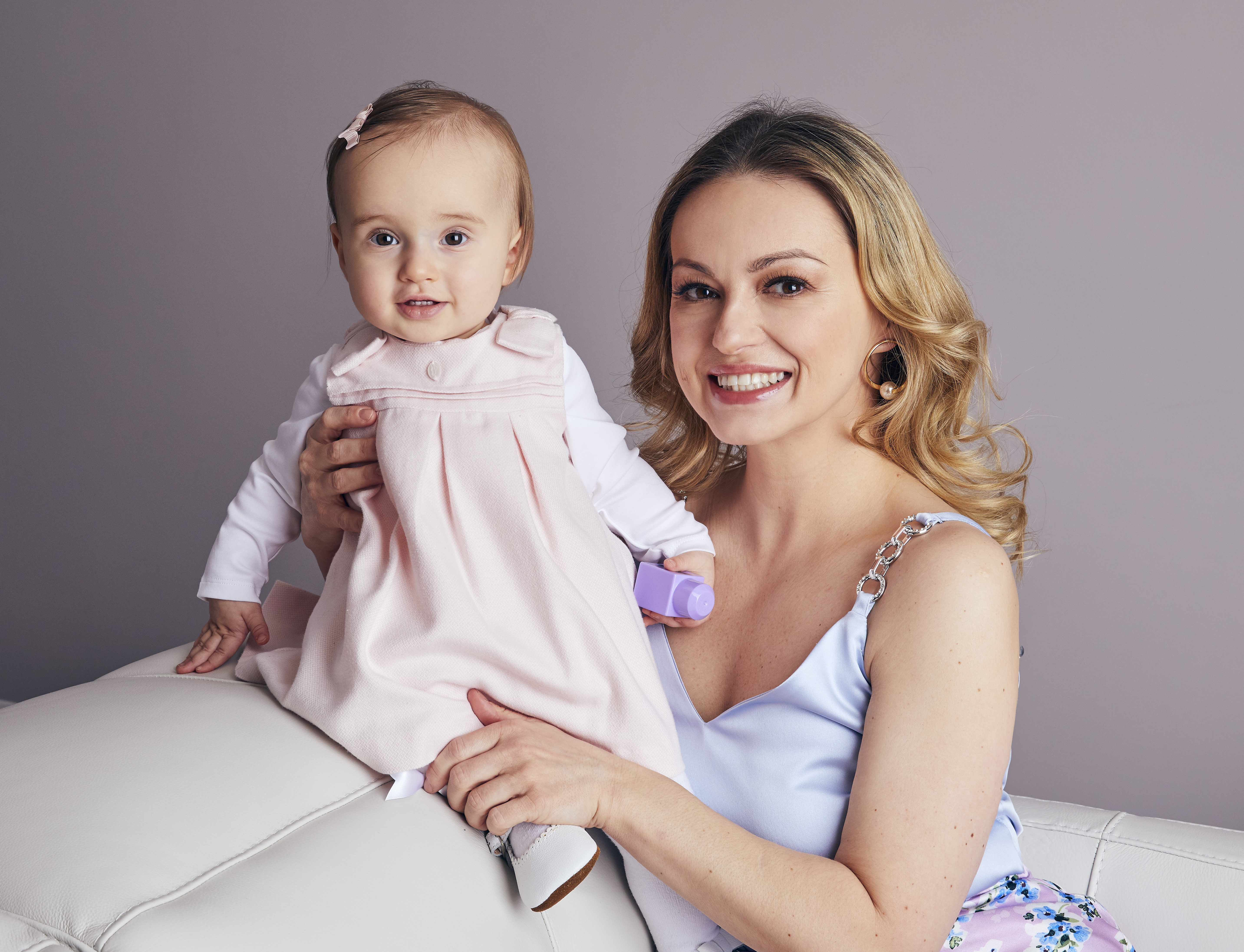 Ola, 38, and her husband, fellow Strictly pro James Jordan, 43, tried for a baby for two years. Then, after one round of IVF, they welcomed their “miracle” tot Ella in February last year.

And as the pair think about expanding their family, Ola reveals she believes it could be a smoother road the second time around.

In an exclusive interview, she says: “It’s almost like things are not working and then, as soon as you have that first baby, things start working again.

“Like an old car, basically. As soon as you get it going the first time, it keeps going again. 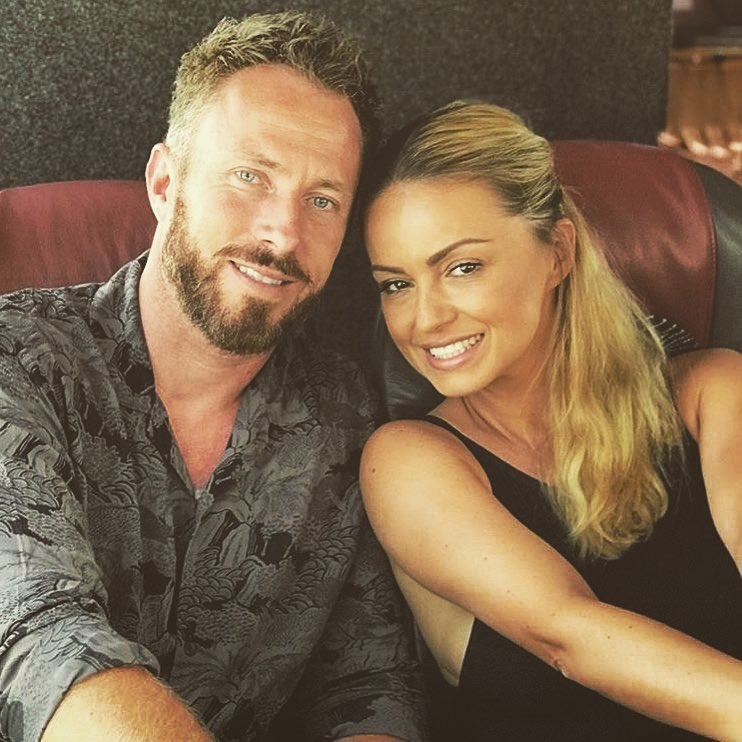 “There are so many people who go through IVF and it doesn’t happen for them. And there are lots of people out there who want a baby and they can’t afford it.

“It all depends on what you need, which clinic you go to and which party of the country you are in, but it’s very expensive.

“I know people who’ve been going through IVF for ten years and nothing has happened. So we are very lucky it happened for us on the first attempt, and we’re extremely blessed to have Ella. 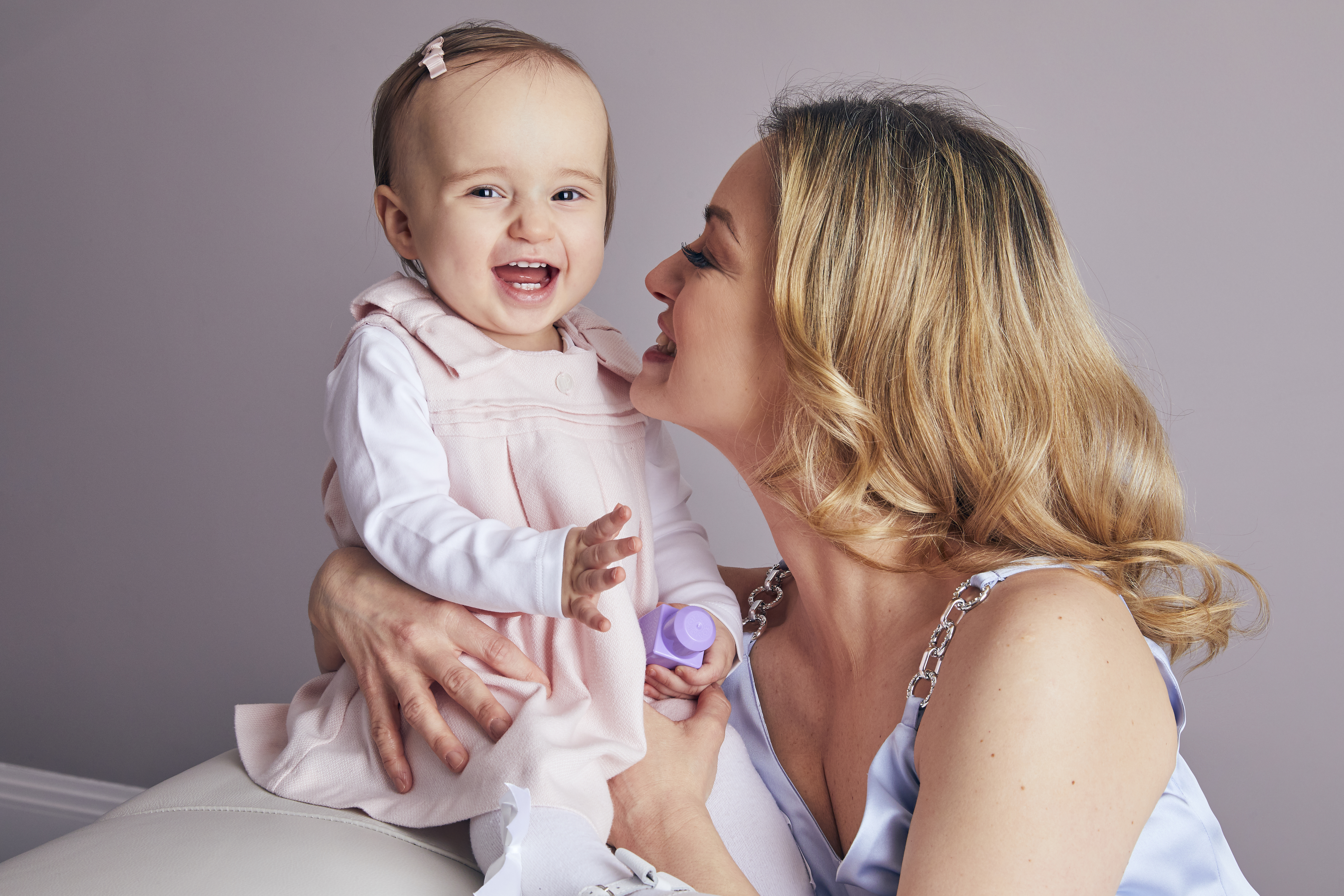 When they started their IVF journey, Ola and James were warned they had only a 50/50 chance of having a baby.

Following Ella’s arrival, Ola says the pair have been permanently on cloud nine.

But like all new parents, there have been hard moments, including the sleepless nights.

Ola says: “That’s been really hard. I like my sleep but I don’t get it now. 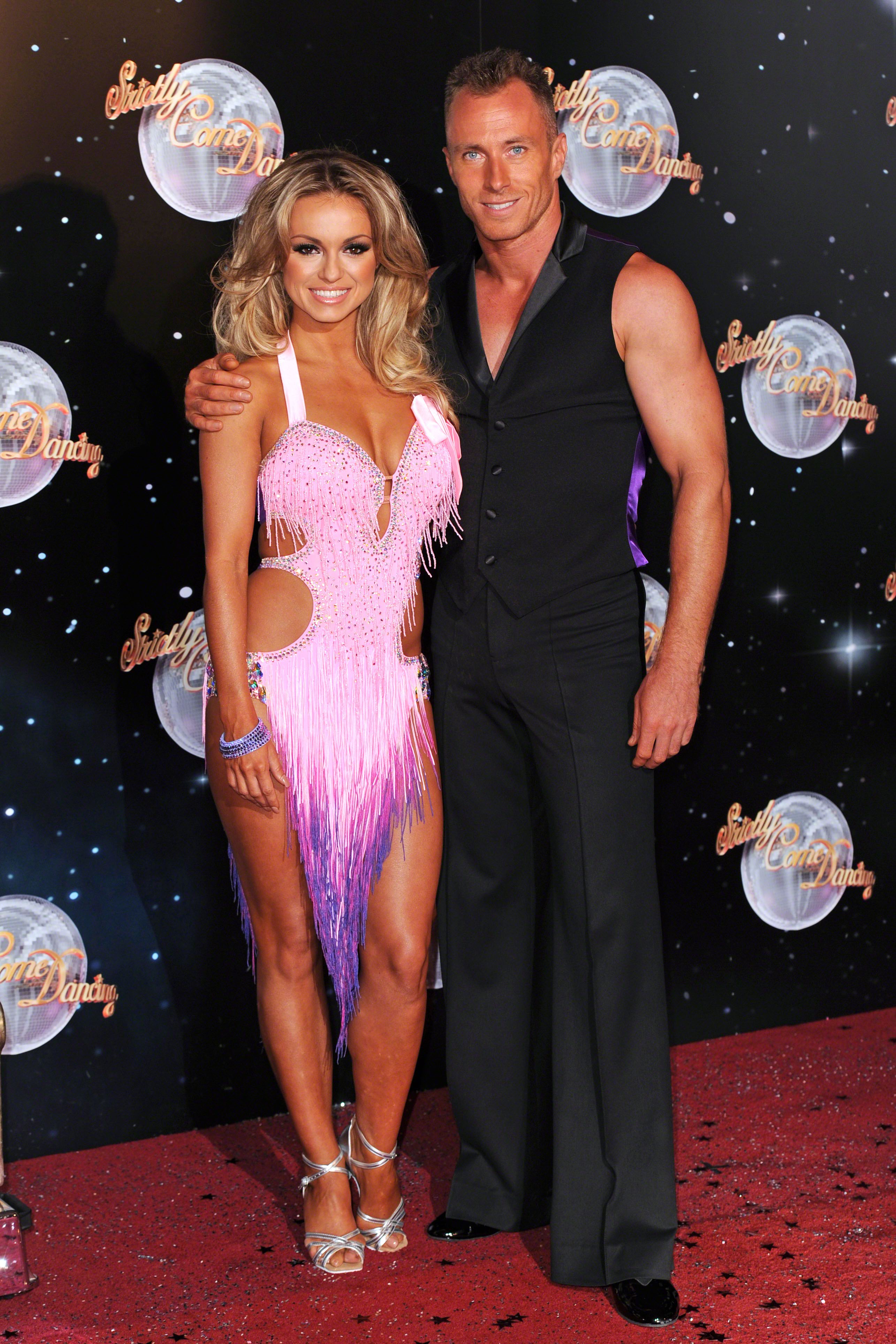 “She started sleeping very well but lately she has begun waking up around 3am, so I’ve been having broken sleep. So when I wake up at 6am I feel like I haven’t slept at all, which is not good.

“James is quite good, and he’s hands-on.

“When Ella was first born he used to go downstairs and make all the bottles for her while I’d cuddle her, so he’s been very helpful.”

Ella arrived just weeks before the country went into the first lockdown.

Like thousands of new parents, Ola found herself becoming a mother without the guidance of her own parents, Janina and Dariusz Grabowska, who live in her native Poland. 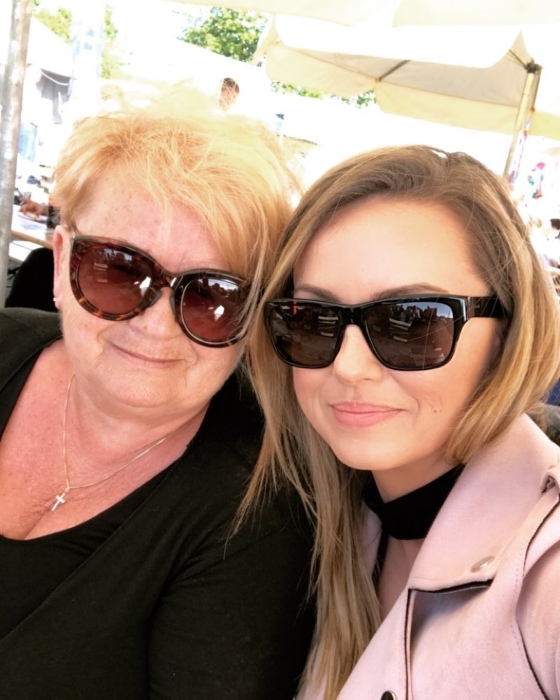 Ola adds: “It’s really hard. In September it will be two years since I’ve seen my mum and dad.

“Ella was only three weeks old when we went into lockdown and I joked to them at the time that when they meet her she’ll be running up to them. And she is literally now running around, so it looks like I wasn’t joking after all.

“I don’t really know when we’re going to be able to see them again. My mum hasn’t had her vaccine yet and my dad has only had his first, so I don’t want to go there and give them something I shouldn’t.

“When everything even­tually opens up, I’ll still be very nervous for them. It’s very sad, because when you have a baby it’s your parents you want around you. I always imagined that’s what would happen, but they haven’t met my baby yet.” 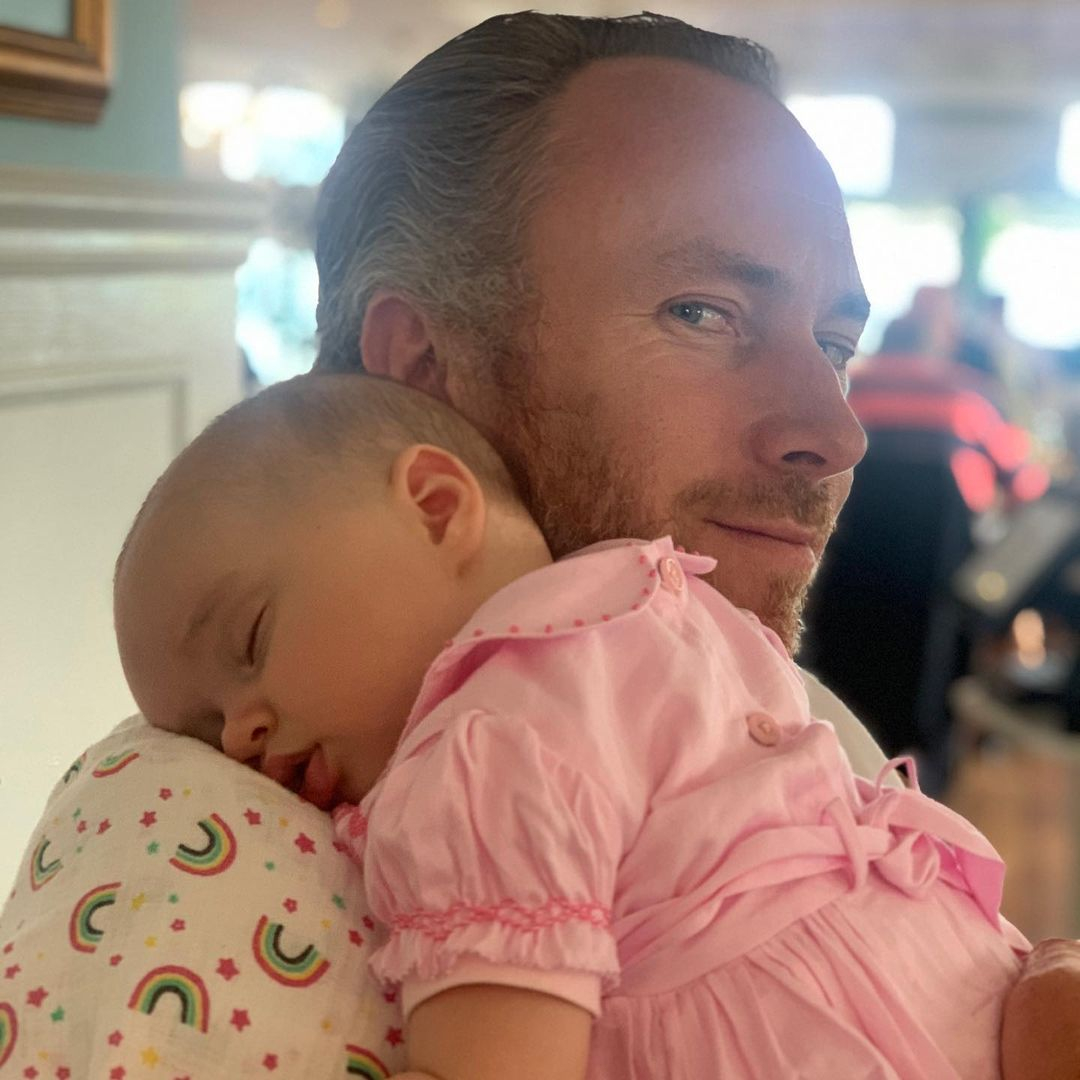 Yet Ola remains positive and says the past year with James and Ella has been a dream.

And it’s clear Ola and James — who will celebrate their 18th wedding anniversary in October — have seen their relationship grow stronger.

Ola says: “We were always very close so I wouldn’t say we’ve got much closer, but our bond is unbreakable now that we have a baby. It’s different and it’s another level, even though we’ve been together for so many years.

“I can see bits of James in Ella, and they’re so cute together. She’s a daddy’s girl.

“Even when she goes to bed and we have dinner, we go through our phones watching each other’s videos we captured of her earlier in the day, which is quite funny. 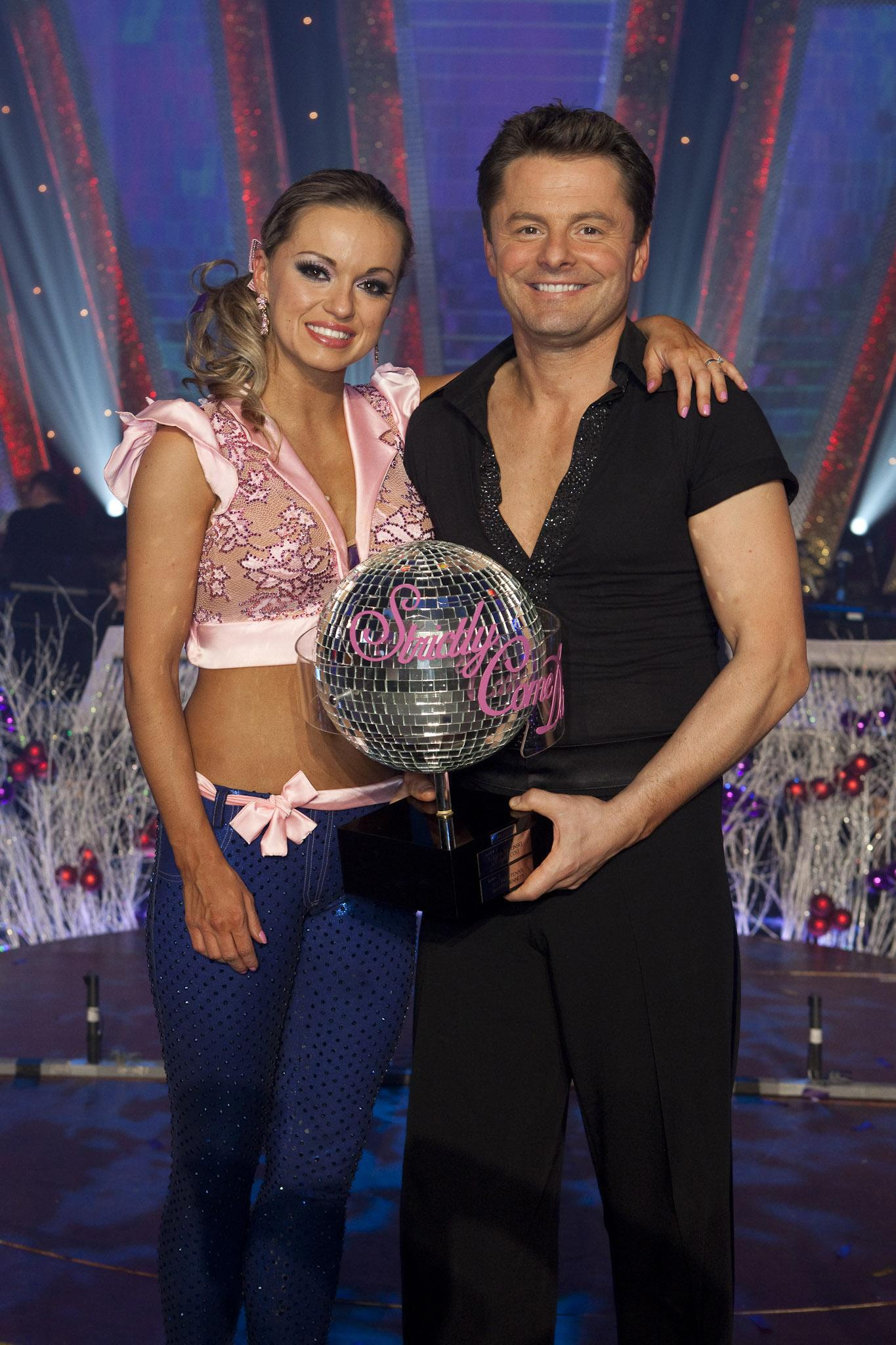 “I say, ‘Look she’s in bed, and we should be enjoying ourselves and watching a movie and relaxing, but instead we’re looking at videos of her’. We’ve become those kinds of parents.”

As the world begins to return to how it once was, Ola says the same can be said for her.

She explains: “I suppose you lose a little bit of yourself when you become a mum because it’s not about you any more, it’s about that little person who absolutely takes over your whole life.

“Everything is about her and making sure she is put first, although now she’s a bit older — she’s 13 months — I feel like I’m slowly getting a little bit of myself back.

“I’m back to a size eight and it took me a long time to do that. I didn’t want to excessively exercise during my pregnancy, so I did put quite a lot of weight on, and it took me a year to get back to my original size. 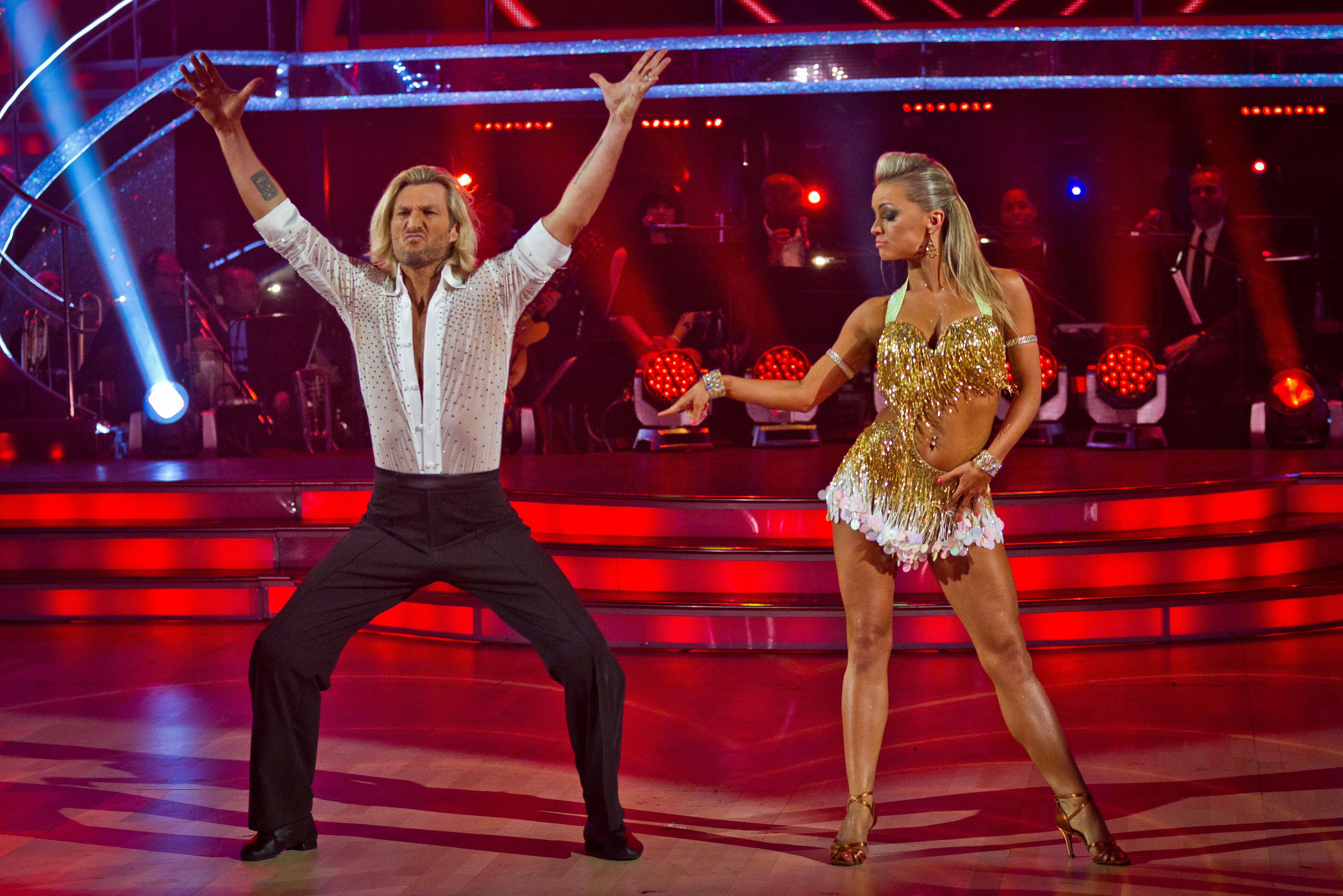 “My body will probably never be back the same as before, but it’s life, and I think that’s the least of my problems.

“I’ve never been an older mum, and let’s face it, I’m not going to squeeze into a tiny costume for Strictly any more.”

Speaking of the BBC prime-time show, Ola and James are still superfans, despite leaving under a cloud of controversy.

Ola, who lifted the Glitterball trophy with BBC Breakfast sports reporter Chris Hollins, 50, in 2009, quit in 2015 after nine years on the dance floor. 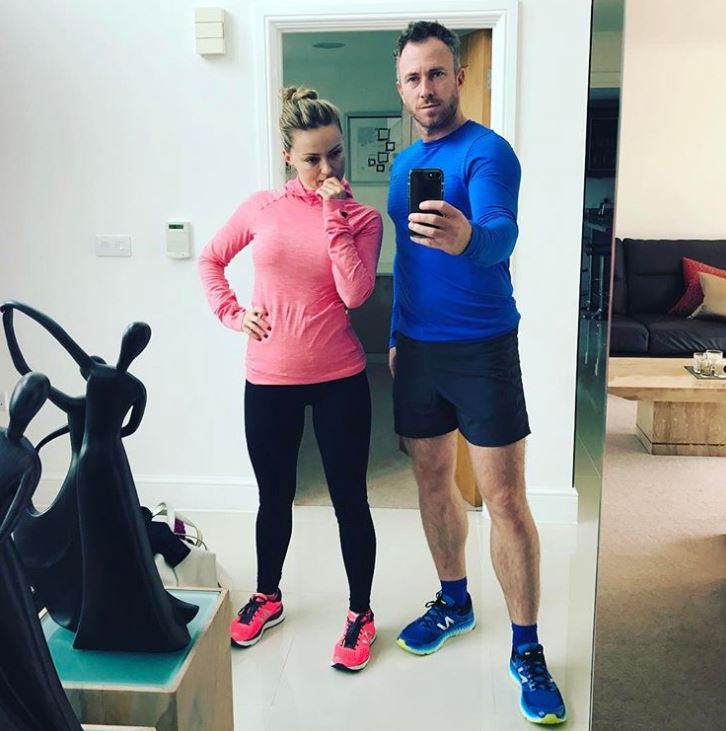 Her shock departure came just a year after it was revealed James had been axed by BBC bosses following an eight-year stint on the programme.

Ola had threatened to quit two years earlier after making allegations of bullying against another professional dancer.

Despite the difficult times, Ola’s memories of the Saturday night hit are clearly fond and she is in front of the telly for every series.

Ola, who has teamed up with coffee retailer CoffeeFriend, explains: “We still love watching Strictly and we’re big fans.

“It’s been a great show for us, and we did it for ten years, so a long time. Strictly takes over your life 24/7. 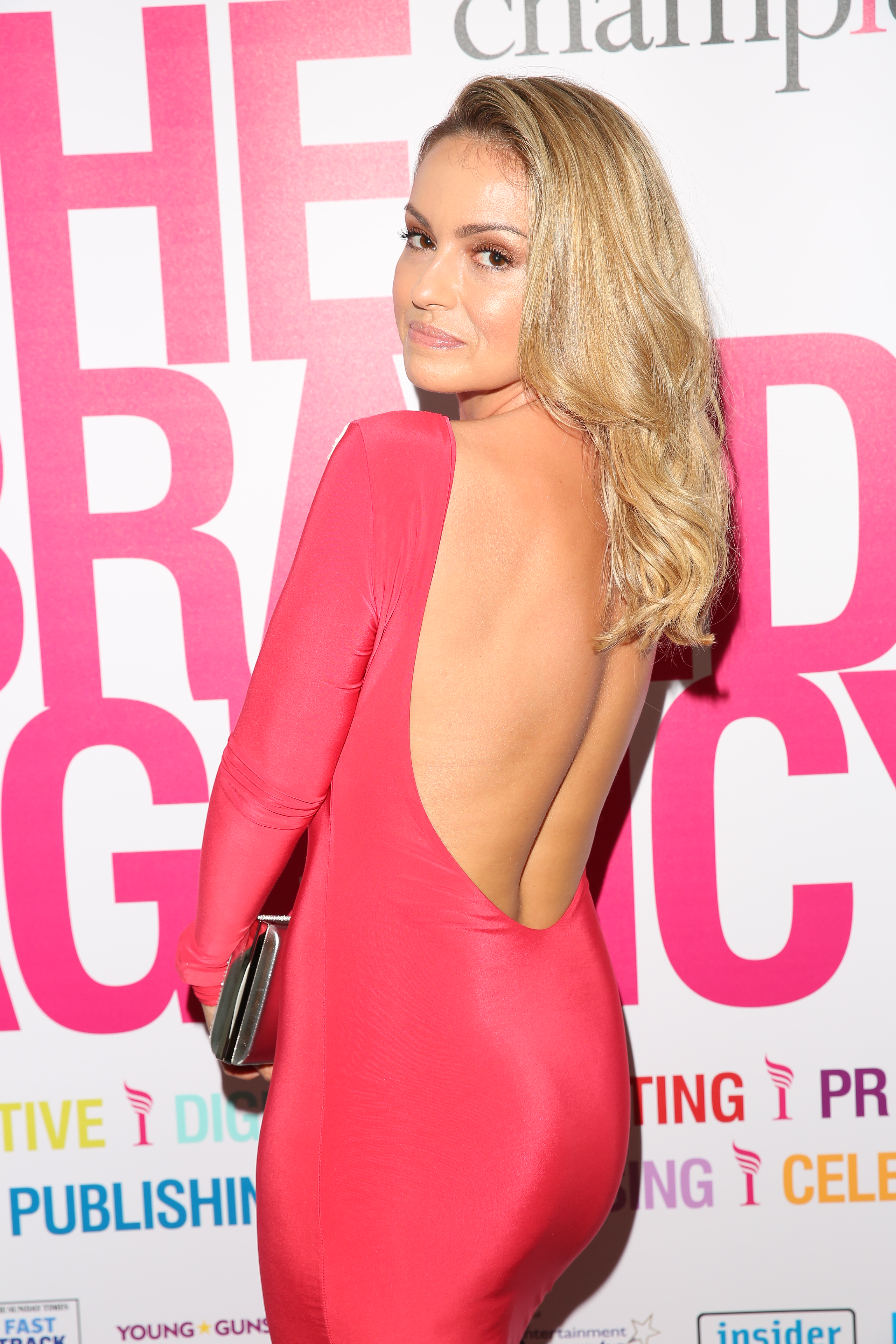 “You live and breathe it for seven months a year.

“It is the early mornings, being in the cold and driving around the country.

“People just see the glamour and the beautiful dresses on Saturday night, but they don’t see the sweat and tears behind the scenes, it’s hard work. The professional dancers work extremely hard.”

While Ola and James have hung up their professional dancing shoes for now, there could be another member of the family filling them, as Ella appears to be picking up where they left off.

And if she was to follow in the footsteps of her ballroom star parents, Ola would be thrilled. 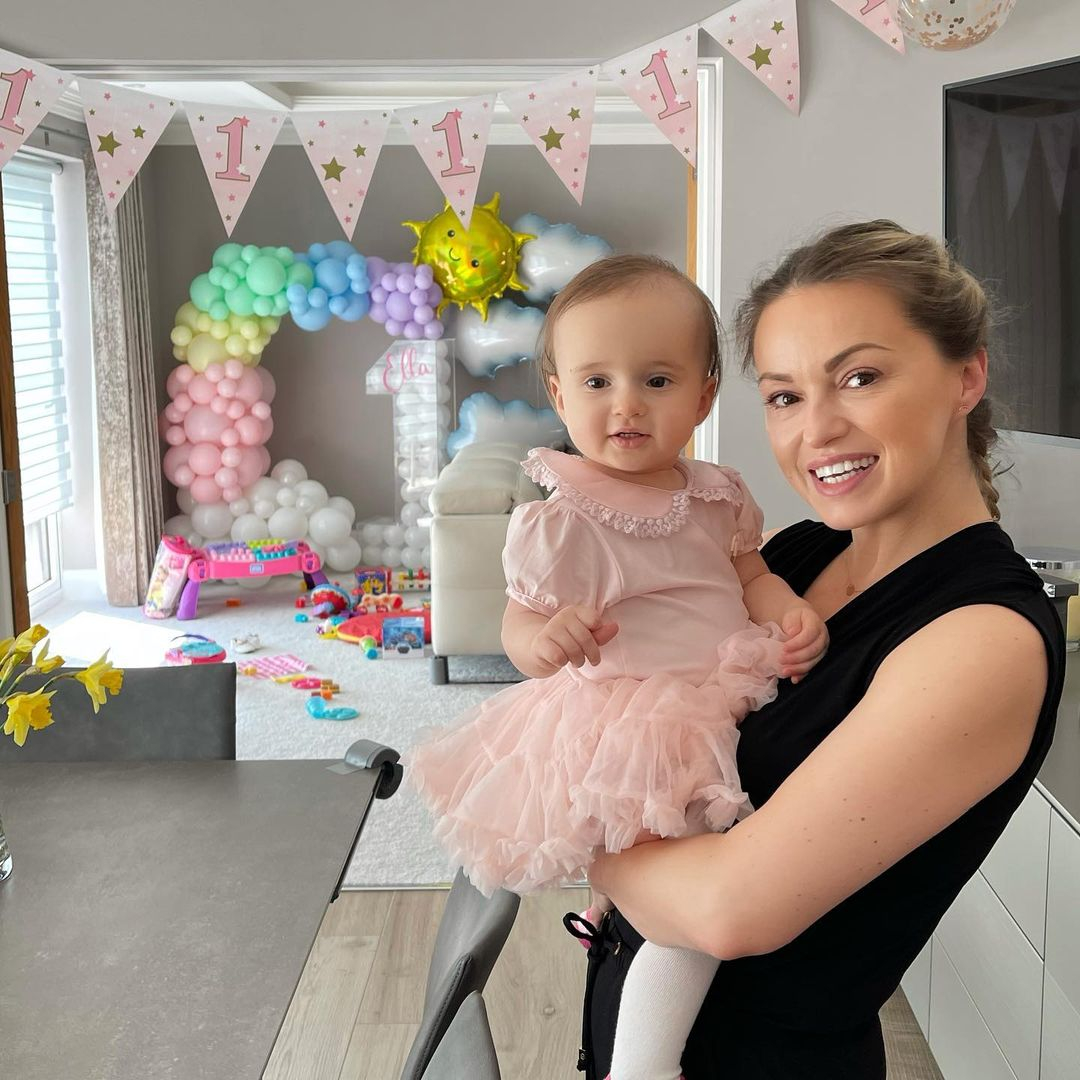 She says: “We’ll support her in anything she wants to be and we’re not putting pressure on her to be a dancer because her parents are.

“But she jiggles and turns around and it’s very cute to watch. Hopefully she will dance one day. I will definitely send her to ballet classes soon.”

Ella is a cha-cha champion in the making. 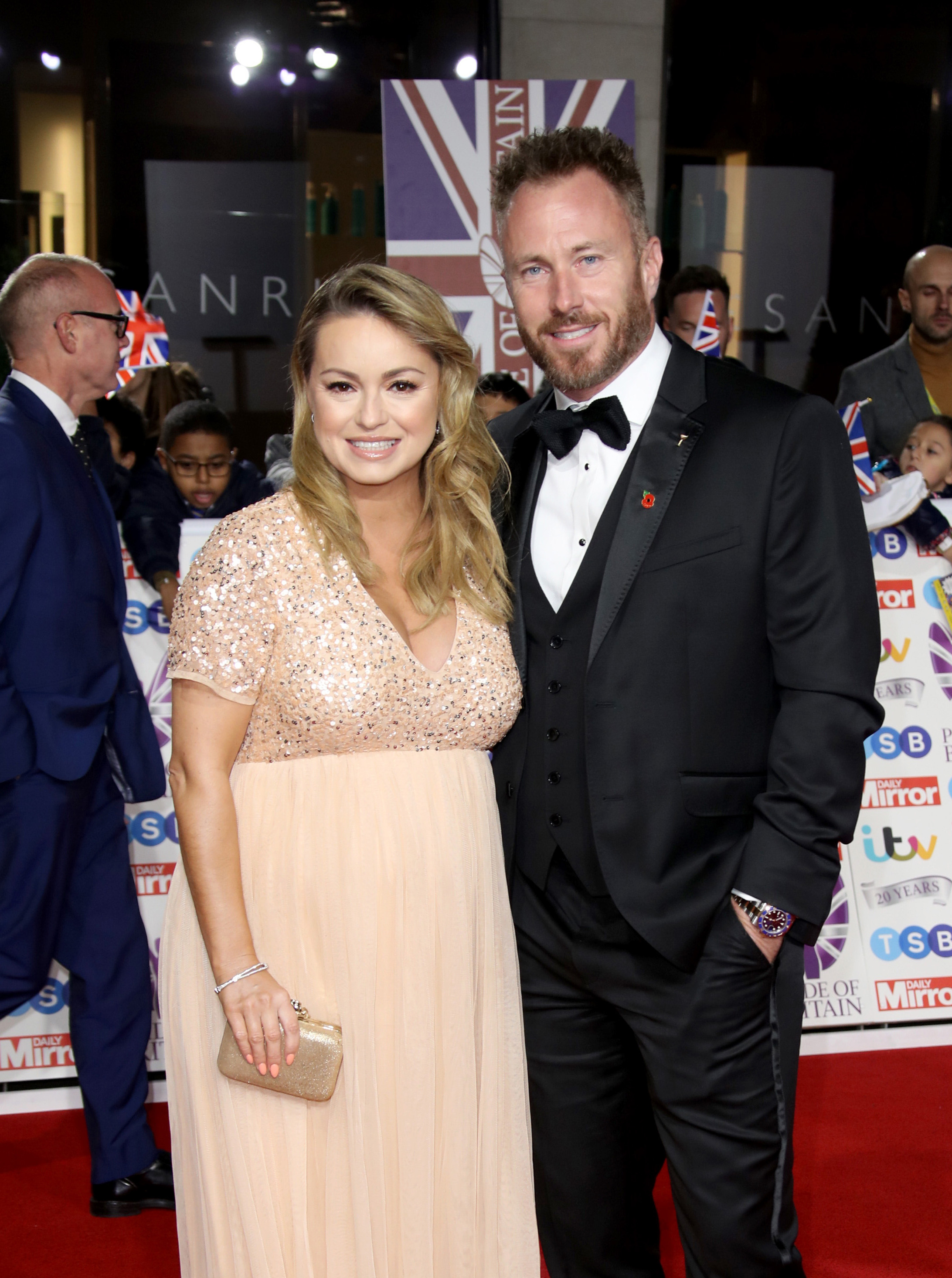